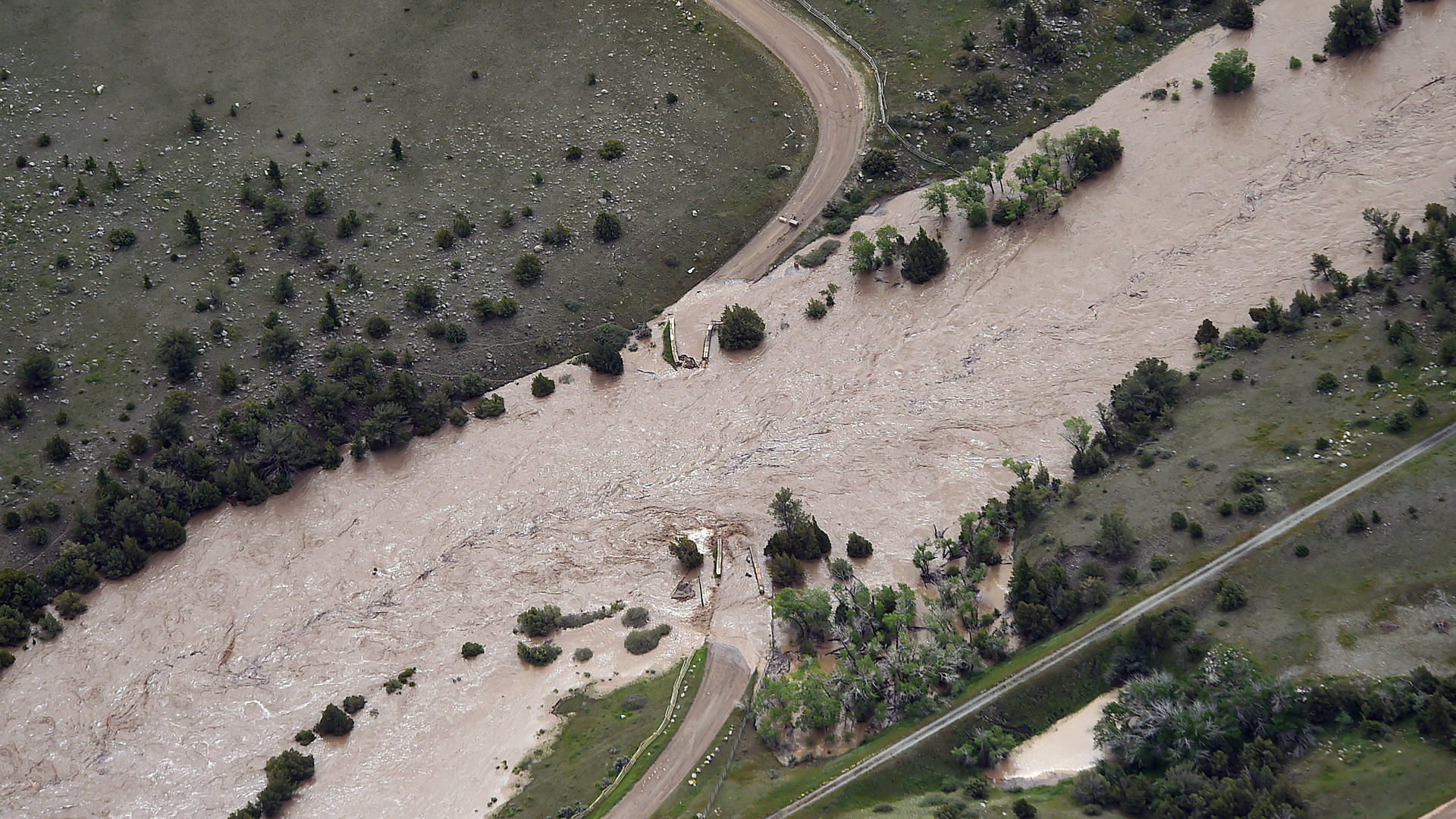 YELLOWSTONE National Park has closed all five entrances through Wednesday due to “unprecedented” flooding that has swept away a bridge and roads.

In a statement, park officials said “Effective immediately, all entrances to Yellowstone National Park are temporarily closed due to substantial flooding, rockslides, and mudslides on roadways.”

“With additional rainfall forecasted, the park does not want large numbers of day-use visitors stranded in the park.”

The National Park Service said that the park was experiencing “beyond record levels” of flooding.

Visitors to the park were evacuated out of the northern section on Monday morning after flooding began to block roads, park officials said.

Later in the day, they moved forward with evacuating the southern section of the park as well.

“It is likely that the northern loop will be closed for a substantial amount of time,” superintendent Cam Sholly said in a statement.

Staff and some campers were stranded due to the flooding.

On Monday, 56 employees were unable to leave before flood waters eroded the road, KTVQ reported.

Officials said those who were stranded were safe and had access to shelter.

“We are working with the county and State of Montana to provide the necessary support to residents who are currently without water and power in some areas,” Sholly said.

A water gauge in a river in the northern section of Yellowstone measured at 16.7 feet on Monday morning, breaking the previous record by about four and a half, the National Weather Station’s Jason Straub told the Wyoming Tribune Eagle.

Park officials said they will monitor the situation to determine when the park is safe to enter.

Those who are planning to visit Yellowstone in the coming weeks are being urged to check road conditions.

The Sun has reached out to Yellowstone National Park officials regarding this incident.