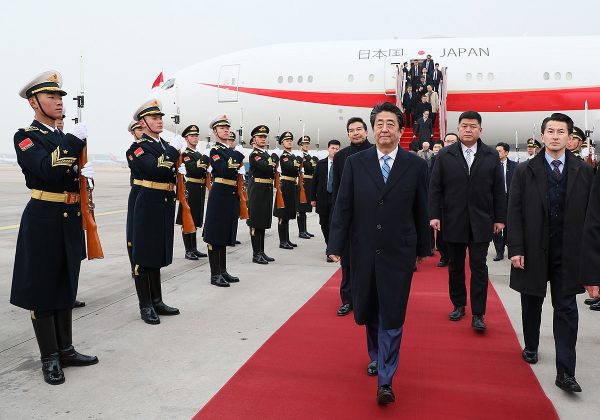 The Indo-Pacific concept lost one of its most deft and ardent advocates with the assassination of Abe Shinzo on July 8. A global statesman of Abe’s stature and consequence, a thought-leader of his intellectual caliber is a rare occurrence in Japanese leadership. That fateful day has forever changed Japanese national political landscape, especially the internal power dynamics in the ruling LDP’s factional mosaic.

It’s indeed the end of an era. Abe’s contributions, contradictions, and controversies will go down as a pivotal chapter in Japanese history. One thing is beyond debate, though: He had resounding success in reinventing Japan’s position in the global system.

Despite being a blue blood, Abe’s political charisma outshined his father, foreign minister Abe Shintaro, and more importantly his role-model, grandfather Kishi Nobusuke. In an uncanny parallel, more than six decades ago in July 1960, Abe’s grandfather Kishi, who was then serving as prime minister, was also physically attacked in the backdrop of the tumultuous times around the signing of the Japan-U.S. treaty. Unlike Abe, Kishi survived the repeated stabbing.

Any fair assessment would also put Abe ahead of his mentor, Koizumi Junichiro, in political influence.

Statecraft was Abe’s natural instinct. He was miles ahead of his peers not just in the domestic political space but also fellow global leaders when he captured international imagination with strategic constructs like Free and Open Indo-Pacific, which reverberates in today’s strategic lexicon. Likewise, it was Abe’s strategic foresight that put a premium on weaving a democratic “diamond,” which subsequently matured as the Quad, a formidable force amid the China-U.S. tensions. He crafted a grand strategy anchored on universal values of democracy, human rights, and rule of law.

It was not just geostrategy where Abe carved a niche for himself, however. He was equally conscious of geoeconomics, which made his global vision well-rounded. He became a force advocating the cause of trade liberalization and restoring global confidence in multilateral trading system amid rising trends of economic nationalism and deglobalization. Whether it is saving the CPTPP, defining global standards on data governance with the Osaka Track, or being a norm-setter in high-quality infrastructure competition with G-7 Ise-Shima Principles, Abe truly led from the front. From Abenomics to womenomics, and further charting into the treacherous terrain of agriculture reforms in the backdrop of mega-free trade agreements, his policies often stirred fierce national debates.

Abe’s brand of politics went beyond electoral calculations. He not only brought in a culture of resolute leadership, in stark contrast to the ill-famed revolving-door history of Japanese politics. Abe relentlessly pursued the cause he believed in, his most cherished ambition: constitutional revision, an area where he drew inspiration from his grandfather Kishi. Such is the irony of life that an ardent advocate of establishing the legal status of the Self-Defense Forces (SDF) fell at the hands of an ex-MSDF service member.

To the very end, Abe remained at the center of national debate on difficult subjects, be it the “nuclear-sharing” conversation or urging Washington to shed strategic ambiguity on Taiwan. He continued as an active stakeholder in shaping Japan’s security identity even after he stepped out of the high office. He remained a formidable force as the leader of one of the largest factions within LDP.

Abe as prime minister watched over the historic transition from the Heisei to the Reiwa eras, with the first succession to the imperial throne from a living Emperor in two centuries, and effectively realized Japan’s Olympics bid. Beyond that, his tenure set Japan on an irreversible path of influential reforms across the spectrum.

While he may not have succeeded in revising the constitution, he unquestionably reoriented Japan’s security character. He shaped the first National Security Strategy and set up Japan’s National Security Council; reinterpreted and expanded the latitude of Article 9; intensified debate on “enemy-base strike” capability following cancellation of the Aegis Ashore system; spearheaded the conversation on the urgency of scaling up defense spending; redrew the principles concerning defense equipment and technology transfer and instituted the Acquisition, Technology, and Logistics Agency (ATLA); and set the stage for the economic security overhaul. Abe enabled Japan to step up as what he called as a “proactive contributor to peace.”

Alliance management with Washington remained his topmost priority as he navigated a fluid East Asian order with the possible scenario of a Sino-centric regional order in the making on the one hand and Pyongyang’s advancement in its nuclear and missile programs on the other. Enabling the Japan-U.S. security alliance to deliver as a potent force in defending the rules-based liberal order was the mainstay of his foreign and security policy. Keeping the alliance at the core, Abe invested huge diplomatic capital in building a web of strategic networks, be it the Quad or relations with ASEAN and Europe. In a way, the foreign and security policy trends that we are witnessing in the post-Abe administrations, under both former Prime Minister Suga Yoshihide and current Prime Minister Kishida Fumio, largely follow the blueprint left by him.

While Abe charmed his way through Indo-Pacific capitals, his political orientation often raised alarm in Japan’s neighborhood. East Asia, with a few nationalist leaders, historical scars and Japan’s apology fatigue on top of the contested territorial claims, did not embrace him in the same spirit. A trust deficit remained the order of the day given competing visions of the regional order with Beijing, rocky relations with the Moon Jae-in administration in South Korea, the intensifying threat matrix from Pyongyang, and lack of progress on a peace treaty with Moscow. Northeast Asian geopolitics indeed tested Abe’s mettle.

Yet farther afield Abe was better known for optics that captured global attention – from his sushi diplomacy with Obama to golf diplomacy with Trump to aarti diplomacy with Modi. He had a knack for cutting across politics and building personal friendships, resulting in the outpouring of personal grief at his passing from other world leaders.

An assassination ]abruptly stunted the political phenomenon that Abe was. He leaves big shoes to fill for Japan’s next-generation leaders, be it in national politics or in grand strategy.