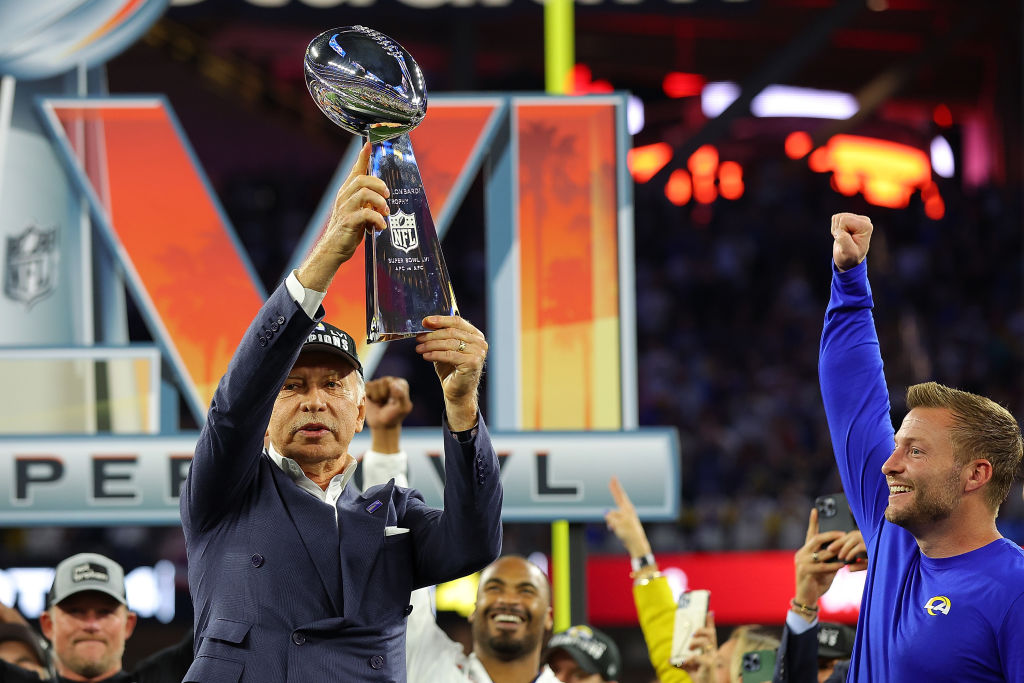 What happens to the Super Bowl trophy – do winners get it keep it? Will the LA Rams be forced to hand back their 2022 trophy?

As Super Bowl LVI entered the final quarter, the Cincinnati Bengals were leading 20-16 over the LA Rams.

It was a tight game, but the Rams claimed the Vince Lombardi Trophy for a second time – after 1999.

But do winners of the Super Bowl get to keep the trophy? What happens to it after the victory ceremony?

Unlike some trophies, such as soccer’s Champions League or World Cup, the Vince Lombardi Trophy is made specially for each Super Bowl.

The Rams do not have to hand their trophy back to the NFL for use Super Bowl LVII this time next year.

The Tiffany Company is responsible for making each Vince Lombardi Trophy – and it is later engraved with the winners details.

For Super Bowl LVII in 2023, whoever wins it will receive a brand-new trophy and the same for SB LVIII in 2024 and so on.

What teams get up to with it

As each Super Bowl trophy is there for each team to keep, some unusual antics have happened in years past.

In 2021 for example, Tom Brady threw the trophy across to another boat while out on the water.

It was Brady’s seventh success – which is one more than any of the 32 franchises have ever managed.

He decided to use it for baseball practice – leaving a baseball-sized dent in the Sterling Silver.

The Patriots did not get it repaired as they said it added to the character of the trophy.

In other news, How Super Bowl got its name ahead of Bengals vs Rams clash