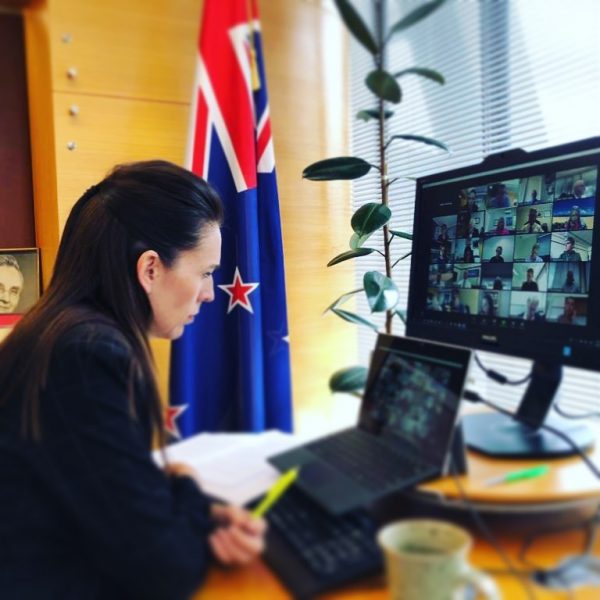 The Commonwealth Heads of Government Meeting (CHOGM) started June 20 in Kigali, with the main high-level meetings on June 24 and 25. The NATO summit will be held in Madrid from June 29 to 30.

However, Ardern is only attending the NATO summit. She is sending her foreign minister, Nanaia Mahuta, to attend the Commonwealth meeting in her place.

Ardern is hardly alone with her decision to stay away from CHOGM – so far, only 35 of 54 Commonwealth leaders have sent an RSVP. New Australian Prime Minister Anthony Albanese will be among the absentees – Deputy Prime Minister (and Defense Minister) Richard Marles will go instead.

This is despite the fact that this year’s CHOGM is being held during the Queen’s Platinum Jubilee year and just over a month before the Commonwealth Games – the grouping’s sporting flagship. The summit will also be the first CHOGM since 2018, the first CHOGM in Africa since 2007, and the first to be hosted by a “new” Commonwealth member – Rwanda was never a British colony, but voluntarily joined the Commonwealth in 2009.

Indeed, Rwanda’s hosting of the summit this year is not without controversy. Freedom House, a U.S.-based think tank, calls the country “not free,” with a ranking of just 22 points out of 100 – placing it firmly in the bottom third of its global rankings, two places ahead of Russia.

This year’s CHOGM also threatens to be overshadowed by a U.K. plan to deport asylum-seekers to Rwanda. Prince Charles, who reportedly called the deal “appalling,” will be representing the Queen at the summit in Kigali.

Despite these two red flags, prominent human rights organizations are not calling for a boycott of the event. Rather, they want Commonwealth leaders to draw attention to the problems. Human Rights Watch, for instance, has asked leaders to voice their “grave concern to the [Rwandan] government on its human rights record.” And, in reference to the Rwanda-U.K. asylum-seeker deal, Amnesty International wants Commonwealth members to “seize the opportunity in Kigali to denounce this inhumane arrangement.”

Ardern’s no-show at CHOGM is probably driven partly by domestic political considerations and timing. This Friday’s inaugural Matariki public holiday, which marks the Maori New Year, was a key election campaign pledge by Ardern’s Labor Party in 2020 – and the prime minister is scheduled to attend a pre-dawn ceremony on the day, June 24.

Outside of the Commonwealth Games, the Commonwealth has a low profile, but it has a lot going for it. Few intergovernmental organizations can rival it for size – with the Commonwealth’s collective population reaching 2.6 billion, only the likes of the Asia-Pacific Economic Cooperation (APEC) forum and the United Nations (U.N.) represent more people.

Moreover, the Commonwealth has a particular strength in representing small states, especially island ones – 25 of the 54 members are classified as Small Island Developing States. This means the Commonwealth can be a particularly useful forum for discussing climate change and environmental issues. The results have included initiatives such as the Commonwealth Litter Program, which has made real differences to countries such as Vanuatu in fighting plastic pollution.

The Commonwealth is more than just a talk shop, but the disparate nature of its membership is a major challenge. The Commonwealth includes wealthy, democratic countries such as New Zealand, Australia, Canada, and the U.K. – but also poor, authoritarian ones such as Cameroon, Rwanda, and Uganda. In between, there are also some rich authoritarian members (such as Brunei) and less well-off democracies (such as India)

Of course, there is still great value in an organization that brings opposing sides together for a robust exchange of views. The new geopolitical fault line between the Global South and North over Ukraine is a case in point. While Western countries – including New Zealand – have provided strong support to Ukraine, most non-Western countries have not followed suit.

It would do Ardern good to listen to the rationale that countries such as South Africa and Mozambique might have for not falling in line with the Western position. Countries perhaps learn best when they are not just surrounded by their like-minded friends.

However, in the new Cold War, ideology is back with a vengeance – and many countries are drifting away from pragmatic, inclusive groupings towards more ideologically-driven ones. For Australia, this means countering Chinese influence with the reinvigorated Quad arrangement (with India, Japan, and the US) and AUKUS (with the United Kingdom and the United States); for New Zealand, the Pacific Islands Forum and bilateral meetings with Australia and the United States have taken on greater significance.

All of this explains why Ardern has accepted an invitation to attend NATO’s Madrid Summit next week. Jens Stoltenberg, the alliance’s secretary general, has recently been at pains to highlight the invitation to the bloc’s “Asia Pacific partners” – Australia, Japan, New Zealand, and South Korea. The reason is obvious – on June 16, Stoltenberg specifically mentioned China as one of the priorities for the meeting, which will set out a new “Strategic Concept,” effectively a blueprint for the future of NATO.

And while NATO’s main focus will remain on security in Europe, last year’s summit in Brussels – held well before Russia’s invasion of Ukraine – was noteworthy for making China its main priority. The summit’s communique made NATO’s position crystal-clear: “China’s stated ambitions and assertive behavior present systemic challenges to the rules-based international order and to areas relevant to Alliance security.”

Ardern’s invitation to attend the NATO’s 2022 Madrid Summit is also something of a reward for aligning New Zealand’s foreign policy more closely with NATO – and the West generally – over the past few months. After all, Ardern has overhauled New Zealand’s foreign policy by introducing sanctions against Russia and sending military equipment and weapons to Ukraine – and by making a symbolic contribution of New Zealand troops to Europe to assist with the war effort.

But as Stoltenberg likes to say, security “does not come for free” – and the meeting will undoubtedly also serve as an opportunity to put pressure on New Zealand to provide even more assistance. The NATO secretary general recently pointed out that there have been “seven consecutive years of rising defense investment across Europe and Canada.” New Zealand’s military spending shows a remarkably similar trajectory, with spending now at the 1.5 percent of GDP level– up from 1.1 percent in 2015, although still well below NATO’s target of 2 percent.

Albanese is also travelling to Madrid – and Ukrainian President Volodymyr Zelenskyy has already invited the Australian prime minister to visit Kyiv. Zelenskyy will also be a guest of honor at the NATO summit.

If he accepts, Albanese would be following in the footsteps of many other NATO country leaders who have travelled to Ukraine in recent weeks, including the U.K.’s Boris Johnson, France’s Emmanuel Macron, and Germany’s Olaf Scholz.

And given the focus on Western unity and solidarity in recent months, there’s every chance Jacinda Ardern would travel together with Albanese on any European side-trip to Ukraine, on a joint ANZAC solidarity mission.

Ardern is backing NATO over CHOGM. She might be choosing Kyiv over Kigali.

This article was originally published by the Democracy Project, which aims to enhance New Zealand democracy and public life by promoting critical thinking, analysis, debate, and engagement on politics and society.