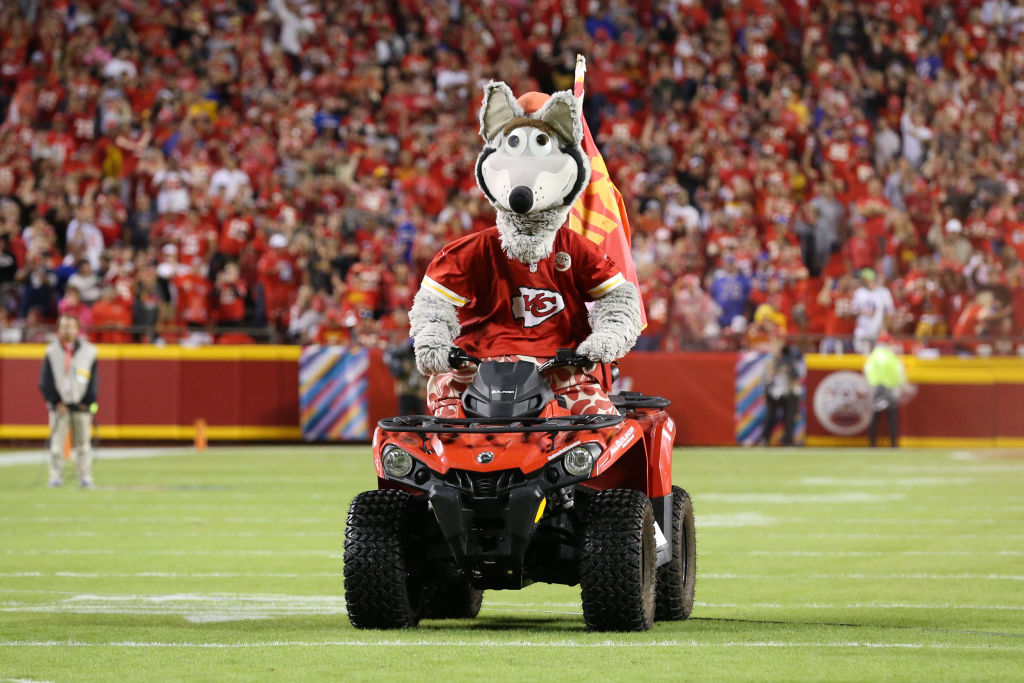 The Kansas City Chiefs mascot is a wolf – but wolves aren’t native to the state of Kansas? How did the animal come to the mascot for the Chiefs?

Some NFL mascots are easily identifiable thanks to their closeness to the team they represent.

For example, the Atlanta Falcons have a Falcon, the Buffalo Bills, a buffalo.

The Kansas City Chiefs have a wolf representing them on matchdays.

KC Wolf is a familiar sight at the goalposts and around the stadium for spectators and fans at home.

But why is a wolf the mascot for the Chiefs, when the animal is not native, and sighting have been rare in the mid-west.

What is the reason why the Chiefs mascot is a wolf?

KC Wolf is the current Chiefs mascot – replacing the previous one in 1989.

Previously it was Warpaint – a horse ridden by a person in Native American clothing.

This was deemed offensive to the Native American community and discontinued.

In addition, having a live animal in a loud, unfamiliar environment was probably not the best idea.

Team bosses decided upon a change to the Chiefs mascot – settling upon KC Wolf.

The mascot can usually be found wearing Chiefs gear and gearing the crowd up at key moments.

But why a wolf?

There was an area behind the team bench area known as the ‘Wolfpack.’

The more vocal sections of the fanbase would occupy it – and the Chiefs decided to take the inspiration for a wolf from it.

KC Wolf is usually played by Dan Meers – whose been at it since the start.

Meers has been the person behind the mascot for various other teams.

He started out at the University of Missouri as Truman Tiger, before moving onto baseball.

A stint as St Louis Cardinals mascot ‘Firebrand’ ended when he decided to move to Kansas and put on the wolf suit.

In other news, Is Cincinnati Bengals hero Evan McPherson a rookie kicker?