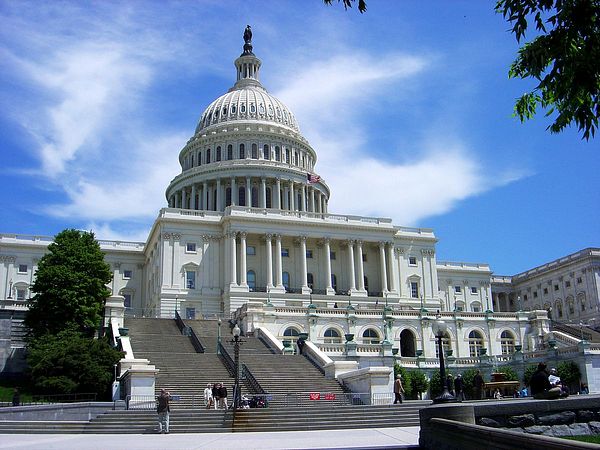 Taiwan’s largest opposition party, the Kuomintang (KMT), announced recently that preliminary preparations for its newly-established Washington D.C. office are complete, with the office expected to open in 2022. With the new D.C. office, the KMT may intend to pivot from a chain of domestic defeats while challenging the public perception of its pro-China label. However, the latest developments have also further complicated the KMT’s muddled history with the United States.

“Taiwan’s reliance on the United States has increasingly deepened – so has our cooperativeness […] But we have to understand that the sole standard of the U.S.’ Taiwan policy is based on American interests, not those of Taiwan,” said Alexander Huang, director of the KMT’s Department of International Affairs, at an end-of-year press conference.

Huang’s analysis of Taiwan-U.S. relations highlights the uneasy position the party will struggle to maintain with its DC office – to seek favor with both Washington and Beijing, while proposing to place Taiwan’s interest at the forefront. The many contradictions in these aspirations include the KMT’s unignorable pro-Chinese track record, previous opposition against policies that served U.S. interests, and the very fact that it lacks the authority of a ruling party.

The KMT’s symbolic return to the United States’ capital carries the weight of expectations from its party leadership, which is hoping to turn the tide for its bleak domestic battlegrounds, but this return may ultimately fail to move beyond symbolism and bring practical benefits.

In 2008, the KMT returned to power with former President Ma Ying-jeou’s landslide victory against the Democratic Progressive Party (DPP). The same year, the KMT shut down its DC office.

The political landscape was drastically different then. Ma’s predecessor as president, Chen Shui-bian of the DPP, was a strong proponent of Taiwanese independence, a stance that alarmed both Beijing and Washington at the time. After taking power in 2001, former Chinese President Hu Jintao shifted China’s cross-strait policy from “unification first” to “stability first,” while U.S. President George W. Bush abided by the traditional policy of strategic ambiguity. Both were in favor of a status quo that Chen’s demonstrations threatened.

Ma’s 2008 victory signaled a return to the status quo, which Bush praised in a White House statement: “I believe the election provides a fresh opportunity for [Taiwan and Beijing] to reach out and engage one another in peacefully resolving their differences.”

While the KMT’s cross-strait approach was in line with U.S. interests, this did not mean that Washington necessarily favored the Nationalist Party over the DPP.

Washington’s ambivalence toward the KMT can be traced further back in the history of Taiwan-U.S. relations. According to John Brian Atwood, the former administrator of the U.S. Agency for International Development, “Taiwan, the government of Taiwan, dominated by the authoritarian Kuomintang (Nationalist) Party, was not popular” among U.S. politicians in 1979, when the U.S. government formally severed ties with Taiwan and recognized the People’s Republic of China.

The history between the KMT and Washington does not indicate the presence of any deep past friendship, but merely two entities engaging based on aligned interests. This is unlikely to change moving forward.

The KMT continues to be an opposition party with no true influence over Taiwan’s policy direction. This has been made clear repeatedly in the past year, with boycotts and protests failing to sway final policy decisions and majority opinion. In the most recent examples, the KMT’s preferred position lost in four referendums held in December, followed by another double defeat in a January by-election and recall vote.

Furthering complicating outreach to Washington, some of the issues that the KMT has put its weight behind run contrary to U.S. interests, especially the proposal to ban ractopamine pork imports. Despite the party’s claims to be against ractopork and not U.S. pork, in effect, the proposed ban would have affected U.S. economic interests in Taiwan.

Of course, this is not to say that the KMT does not intend to move forward with the U.S. in good faith. A change in direction and public image may go a long way for the century-old party, which has had its fair share of electoral struggles recently. However, an equally important question to ask is what Washington stands to gain from a deeper relationship with the KMT.

In a private meeting held between an unofficial U.S. delegation and Taiwanese lawmakers in April 2021, the Americans reportedly asked about the KMT’s cross-strait approach. The inclusion of this question sheds light on Washington’s continued interest in the opposition party, especially its engagement with China.

Even without clear prospects of returning to power, the KMT remains a major opposition party in Taiwan. Washington can benefit by keeping up a relationship, albeit at a safe distance. Thus, a win-win situation is possible through the KMT’s new DC office.

During KMT lawmaker Chen I-hsin’s recent visit to Washington D.C., he reaffirmed the KMT’s commitment to furthering ties with the U.S. and announced that KMT Chairman Eric Chu is planning to personally visit the party’s D.C. office in the near future.

Trips to the U.S. are symbolic for Taiwanese politicians, as recently demonstrated by Vice President William Lai’s California layover. Though on a smaller scale, much could be riding on Chu’s Washington visit – shaking the party’s pro-China label, discovering a new, international direction for the century-old Nationalist Party, and demonstrating commitment to working with the U.S.

Or the KMT’s return to Washington could be yet another political stunt, with too much wasted potential.