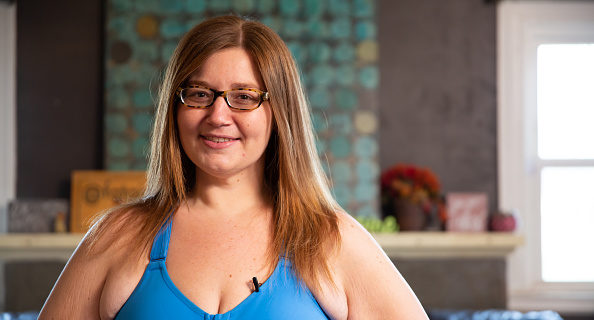 Weight loss influencer Lexi Reed was recently hospitalised and placed on a ventilator in a medically induced coma after her organs began failing, her husband Danny shared online.

The 31-year-old star was documenting her journey to losing 312 lbs and is now focused on recovering while getting “back to health”.

Also known as Fatgirlfedup, Reed obtains a large social media following and supporters are now sending well wishes to her and her family.

Find out all you need to know about Lexi Reed including her health and fitness journey, various online platforms, personal life details and more.

Lexi Reed is a weight loss influencer from Indiana documenting her journey to becoming healthy and the best version of herself.

Otherwise referred to online as @fatgirlfedup, the star currently has over 1.2 million followers on Instagram whereby she shares updates on her weight and inspiring content.

Over on Facebook, she is described as now weighing 312lbs down since January 1st, 2016 due to healthy eating and exercise commitments.

Reed celebrated turning age 31 in November 2021 and is married to her husband Danny Reed.

Hospitalised due to organ failure

After Lexi seemed to have been inactive on Instagram since 3rd January 2022, her family later updated supporters on her whereabouts.

On Thursday, 10th February, Danny shared a post on Lexi’s behalf showing a photograph of the influencer lay in a hospital bed and attached to a ventilator.

The caption explained that Lexi had continuously been unwell a few weeks ago before being taken to the hospital where she was admitted into ICU.

Reed was placed on a medically induced coma and ventilator when Danny was informed that his wife’s organs had started failing.

“They said if I waited another day to take her she could have died.” he added.

Danny also stated that Lexi is currently in dialysis, can’t walk, and working on recovery.

He ended the message by stating that they sadly do not have insurance but thanked supporters for their prayers.

In January, Lexi Reed hosted Fatgirlfedup’s January Jumpstart, a DietBet game where people could join her in losing weight.

Lexi and Danny Reed have been married for six years, as of their wedding anniversary on 30th September 2021.

@discoveringdanny also has an Instagram page whereby he constantly shares an appreciation for his wife, priding her health journey.