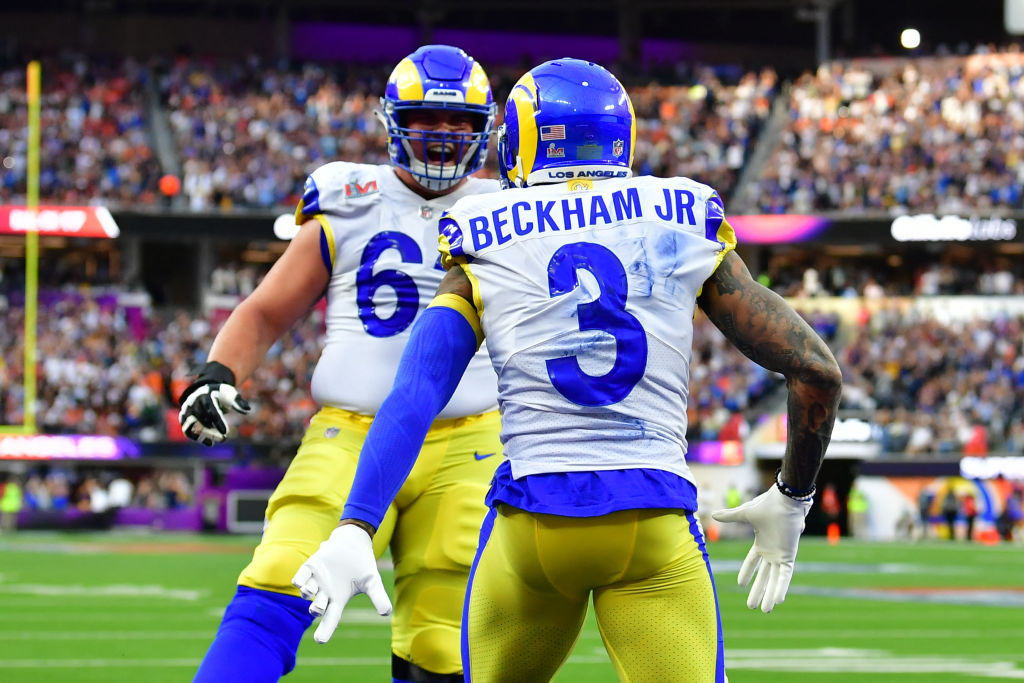 The LA Rams have taken the lead in Super Bowl LVI, but what does history tells us about the team who scores first in Super Bowls and if they go onto win it?

The wide receiver caught the pass, and reached the touchdown zone to record the opening score of Super Bowl LVI?

Beckham’s TD was converted to add in the bonus point for the Rams to give them a 7-0 lead.

Just before the end of the first quarter, the Bengals got on the score sheet with a field goal to lead 7-3.

But what does history tell us about the first team to score in Super Bowl? What is the likelihood of the Rams now going onto win?

Of the previous 55 Super Bowls, the team scoring first has gone onto win 36 times.

The last franchise to score first and win came in Super Bowl LIII.

The New England Patriots scored a field goal in the second quarter to lead 3-0 at the half-time break.

That came against the LA Rams in the lowest scoring Super Bowl of all time.

Fortunately for the Cincinnati Bengals, recent history is on their side, having conceded the first points of Super Bowl.

In both 2020 and 2021, the team scoring first in the championship game went onto lose the game.

In other news, Fans think Sophie Turner is pregnant again and debuted her baby bump