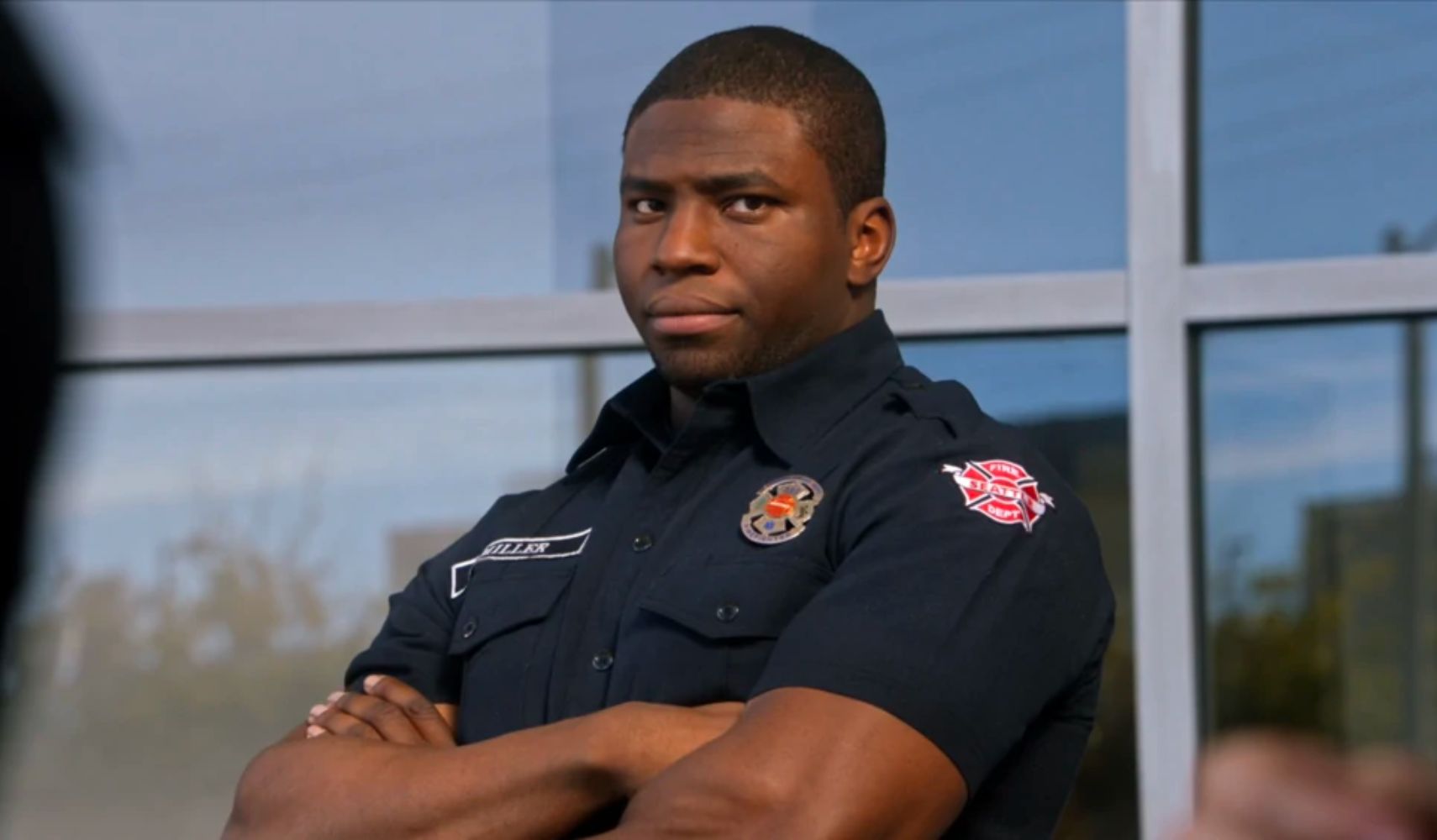 This week’s episode also saw Andy’s role develop over at Station 23 with Sullivan on hand to substitute, while Carina and Maya focused on family life.

Episode 7, titled ‘A House Is Not a Home,’ focused once again on the fallout of Dean Miller’s death, which has affected Jack Gibson and Victoria Hughes in particular.

The pair ended up bonding over a bottle and breaking up some tiles and the two shared a brief kiss that both recognized as a by-product of the grieving process.

Ben and Bailey also tried to convince Dean’s parents that they were suitable to raise Pruitt.

The episode has left some fans of the show wondering exactly what went down during Dean’s death and we provide a recap below.

What happened to Dean in the crossover episode

The crossover episode saw Victoria confront Dean about moving to Oakland to develop Crisis One. Despite new recruit, Theo Ruiz, making the move on Vic first earlier in the season, Dean still has feelings for her and is adamant about moving.

As the pair discuss Dean’s future, a gas line explosion occurs at the station and Seattle comes under threat. Whilst traveling to attend to the victims of the explosion, Dean asks Vic to come with him to Oakland, but she refuses his invitation.

As Dean and Vic tend to injured civilians, a second explosion occurs, severely wounding both of them. They are then taken to Grey Sloan Memorial.

Sadly, Dean ends up dying in the ambulance with Ben by his side and his friend reflects on his promise to Dean to take care of Pruitt.

In a statement to Deadline, actor Okieriete Onaodowan had this to say about the character’s departure from the show:

“It’s been a pleasure being Dean. I have Shonda Rhimes, Stacy McKee, Krista Vernoff, Paris Barclay, and ABC to thank for allowing me to bring him to life.”

The final episode of Station 19 in 2021 will be the winter finale Christmas special, titled ‘All I Want for Christmas is You.’

The finale will premiere on Wednesday, December 16, 2021, on ABC and the show will then take a short hiatus for the holiday season.

It has not been announced exactly when Station 19’s return date is in 2022, but we think it will likely be towards the end of January.

In other news, Will And Just Like That return for season 2? Renewal chances explored