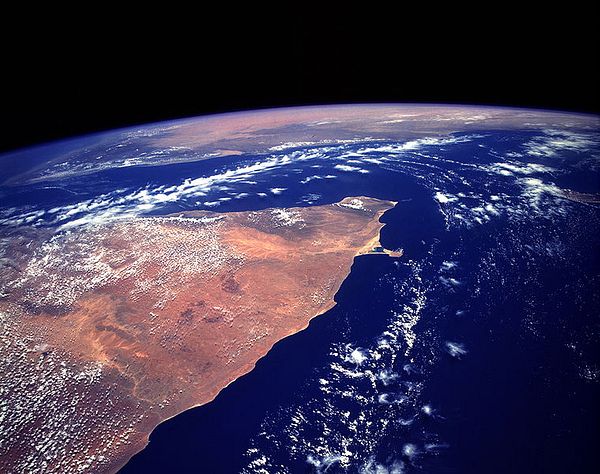 A month ago, during a visit to Eritrea, China’s Foreign Minister Wang Yi made the sudden announcement that Beijing will create the position of a new peace and security envoy specifically for the Horn of Africa (HOA). Wang framed the announcement as an “Initiative of Peaceful Development in the Horn of Africa.”

Does the appointment mean Beijing is finally shifting its long held non-interventionist stance when it comes to peace and security in other countries? After all, other permanent United Nations Security Council members such as the U.S., U.K., and France do not have such a stance.

To answer this question, it is worth understanding three key points: Why has China held the non-intervention principle? What is China’s record on peace and security in the Horn of Africa? And what are the African demands on development partners, including China, when it comes to peace and security?

Some commentators believe China’s non-intervention policy is self-serving – it “lets Beijing take credit for any potential successes of these processes, while evading full responsibility if efforts are unsuccessful.” However, as the scholar Kerry Brown has pointed out, the principle of non-interference goes back decades and is not China-specific. In particular, it was agreed at the Bandung Conference of 1955, which China’s then-Premier Zhou Enlai attended, as did four of the only five independent African countries at the time: Egypt, Ethiopia, Liberia, and Libya (South Africa was not invited due to apartheid), as well as representatives of the Gold Coast (at the time under shared rule with Britain, now modern-day Ghana), Sudan (then under joint British-Egyptian control), and the Central African Federation (modern-day Malawi, Zambia, and Zimbabwe). Because of this principle, in practice Beijing tends to get behind governments or relevant regional organizations to promote dialogue and diplomacy as a means to settle disputes. In addition, it also means that China tends to provide technical and financial assistance to governments, and channel troops through regional or global organizations, including the U.N., rather than deploying its own resources or forces bilaterally (except to defend its borders).

So how has this worked in the Horn of Africa so far?

In fact, a special Chinese envoy working in the Horn of Africa is not new. In 2007, Ambassador Liu Guijin was appointed a special envoy for African affairs, and immediately deployed to help resolve the then conflict in Darfur, Sudan. China had a clear economic interest in doing so. As scholar Luke Patey has outlined, Sudan was China’s sixth largest foreign oil source, supplying 5.5 percent of its needs. As a result of the envoy, the Crisis Group noted that China’s intervention, including through the Security Council, helped ensure the deployment of U.N. peacekeepers to the region in 2008. Of course, China’s links to Sudan have since changed, given South Sudan’s independence in 2011, but China’s overall economic engagement in the entire region has simultaneously risen, especially in trade and foreign direct investment, as well as loans. Kenya’s business environment is welcoming to foreign investors. Ethiopia is generally considered to be China’s pilot for low-cost manufacturing offshoring to Africa. South Sudan still exports oil to China.

Furthermore, peace and security in the Horn of Africa region is directly and indirectly crucial to the stability of international development and trade, which China depends on. The conflict between the Ethiopian and Tigrayan security forces, rising drone strikes in the Somali region, the disputes between Ethiopia and Egypt over the Grand Ethiopian Renaissance Dam (GERD), and other energy resources all make the region crucial geoeconomically and geostrategically. Hence, China has since 2017 operated its only overseas military base in the Horn – in Djibouti, just like seven other G-20 countries and Spain. Indeed, perceived inaction on these various crises can have an adverse effect: Chinese companies could decide against continued investments due to insecurity.

That said, and coming to my third point, this does not mean China will become interventionist, nor is this what Africans want.

During a press conference at the most recent Forum on China-Africa Cooperation (FOCAC) in November 2021, Senegalese host and Foreign Minister Aïssata Tall Sall presented journalists with the following announcement: “We would like China’s influence to be a strong voice in support of Senegal and all the countries involved in the problem of insecurity in the Sahel, so that our forces there have even more legal means to fight against terrorists and irredentism, and we hope that China will accompany us.”

This was not surprising. As I have written elsewhere, while peace and security were not initially on the agenda of FOCAC when it started in 2000, in line with the non-intervention principle, over time, with experiences such as in Darfur, this has changed. In 2015, China pledged to support the establishment of the African Standby Force and the African Capacity for Immediate Response to Crisis, plus a total of $100 million of military assistance to the African Union, focused on four areas: first, direct military assistance on a regional (vs. bilateral) level as mentioned above, second, bilateral and multilateral exchanges of high-ranking defense officials for training workshops, joint drills, and navy patrols; third, anti-piracy and mediation efforts and patrols off the Gulf of Aden; and fourth, a security policy that acknowledges that underdevelopment and poverty are root causes of conflicts from piracy and trafficking to war and internal displacement. These four approaches are meant to be in line with African frameworks, boosting the continent’s internal capacity rather than parachuting in.

If China maintains this approach, the recent decision to select an envoy will be a proactive step within the principles of non-intervention. That said, the stance equally means that while the Horn of Africa envoy could be helpful, his or her success will be highly dependent on Africans. Is China ready for that, when Beijing has a proportion of its economic futures tied to the region? Perhaps. Wang has reiterated that “Horn of Africa nations should decide their own destiny and convene a peace conference.” But a dependence on African agency is a risk that other U.N. Security Council members have not been so willing to take.