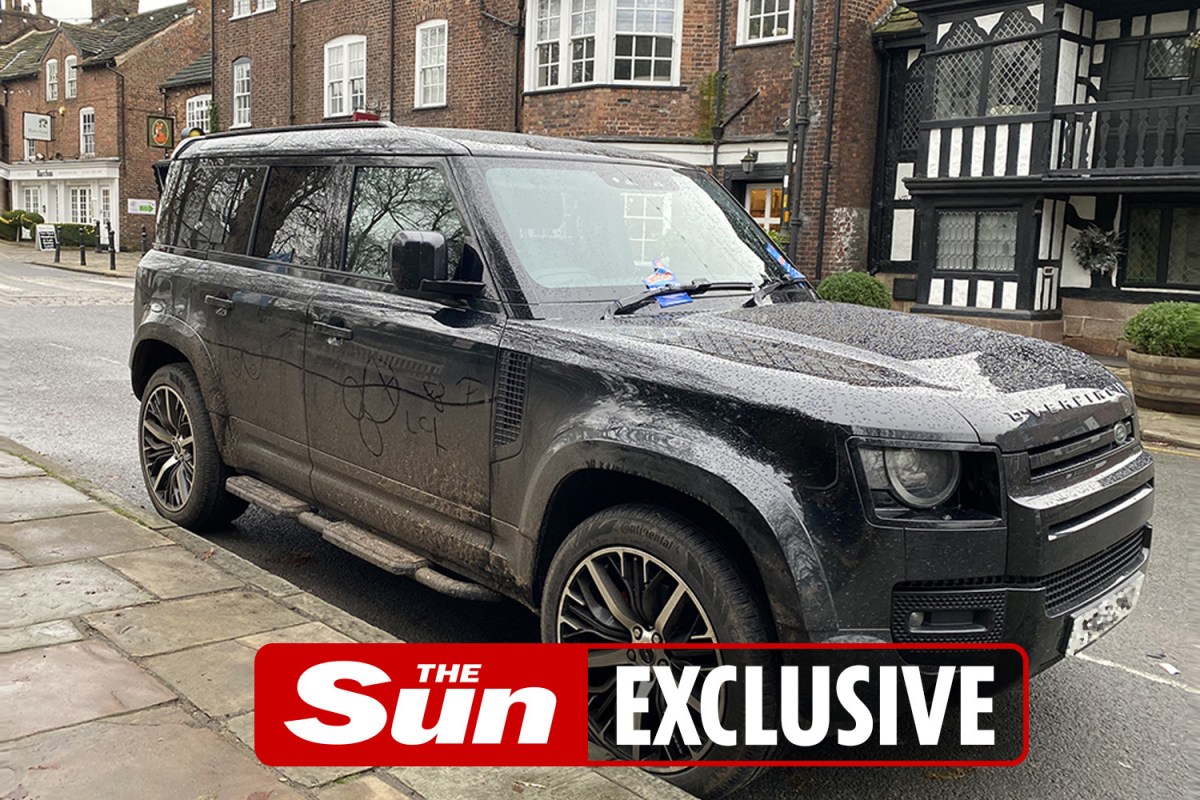 WAYNE Rooney’s £150,000 Land Rover was daubed with giant penises and the word “w****r” after he parked it in a busy Christmas market.

The former Manchester United ace, 36, abandoned his Overfinch Defender in a town centre — ignoring signs telling drivers not to leave vehicles on the road.

The street had been reserved for stalls for an annual Christmas market.

But Rooney left his luxury motor in a space meant for church bell ringers.

Sources claimed he then refused to move it when asked by organisers and instead spent the evening drinking with two friends in pubs just 50 yards away.

Furious locals retaliated by daubing the Land Rover in obscenities and drawing giant penises in the dirt on the bonnet and sides, as well as inscribing “w*****r” on the rear windscreen.

The words “lose weight” were scrawled next to one of the rude images.

His 4×4 was also surrounded with orange traffic cones and a local stuck a “no parking” sign under one of his wipers.

A source said: “What a Christmas Grinch. The street was full of thousands of people — most of them families with young kids.

“Those setting up had to put up the stalls around the car and move the bell ringers to a different spot.

“Rooney must have known he was in the way, but he just cracked on with his night in the pub.”

The market, in Prestbury, Cheshire, is less than a mile from Rooney’s £6million home.

The star, known as Wazza, who is now manager of Derby County FC, looked sheepish as he picked up his motor at 2.30pm yesterday, 24 hours after he abandoned it.

When approached by The Sun, he declined to comment.