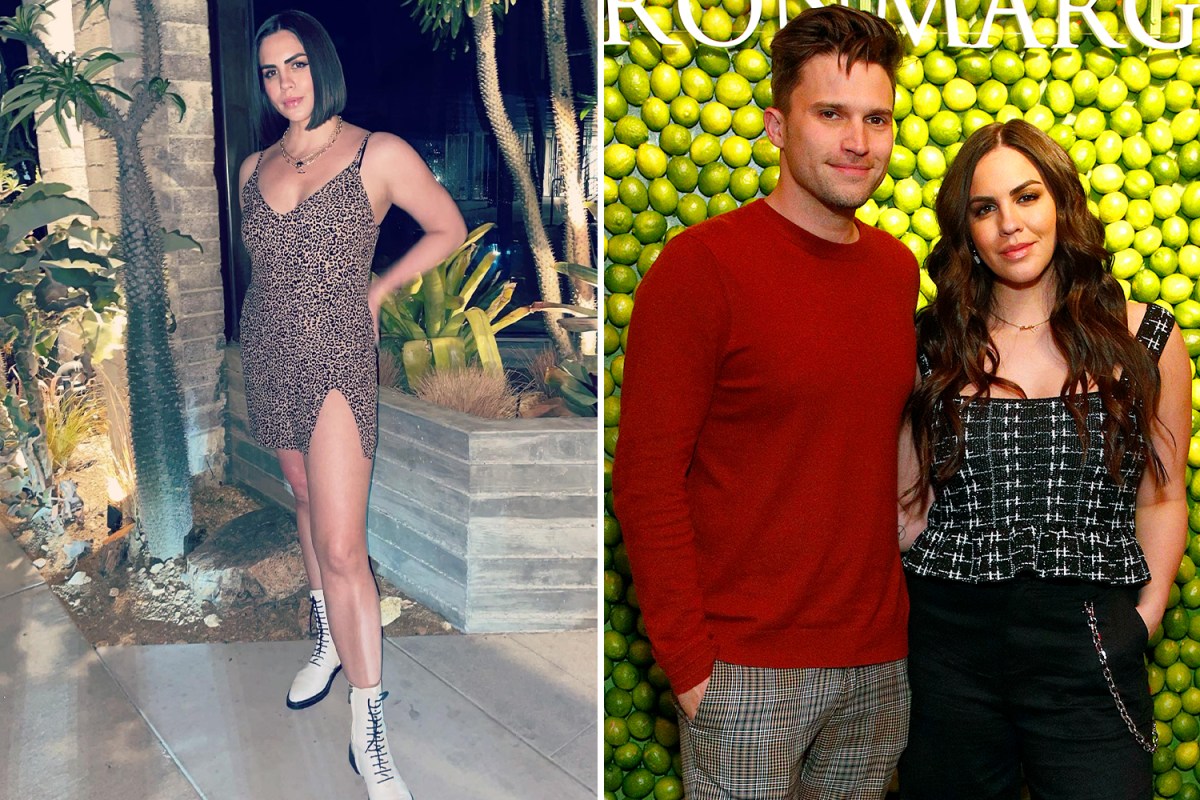 KATIE Maloney flaunted her long legs in a tight leopard-print dress on Instagram.

Newly “single” Katie, 35, showed off her figure in an edgy, revealing dress in a new photo.

Surrounded by palm trees with the location tagged as Santa Monica, California – she posed with one bare leg out.

She completed the leggy look in lace-up white combat boots and her new cropped hairstyle, seemingly shading her ex by mentioning “lifetime commitment” in her caption.

“Committed to leopard print for life,” she wrote, after her 12-year relationship with ex Tom recently crumbled, shocking fans.

Followers however loved the new snap, as one commented: “*picks jaw off floor*”

Though a third critiqued: “Everything but the boots lol.”

A fourth praised: “Anyone else here for single Katie [you] look amazing.”

The TV star, who still goes by Katie Maloney-Schwartz on Instagram, has been flaunting her new hairstyle and letting loose on the platform.

She recently promoted “vibrators” in an earlier sponsored post and wrote while posing with one:

“In my SELF CARE era prioritizing my body, soul and entire self era. All things pleasure, Katie-first era.”

The Sun exclusively revealed earlier that their relationship was on the rocks.

Katie told her followers: “After 12 years on an adventure through life together, Tom and I are ending our marriage.”

She added: “This ending is not met with resentment or animosity, no sides to choose.

“We have deep admiration for one another that will always remain and we cherish our friendship.”

In his post, Tom wrote: “Well, this sucks, how am I supposed to capture 12 years of love in a f**kin’ Instagram caption?

“I’m not ready to use the ‘D’ word because it’s too painful. Yes, my heart aches.”

Speaking on her podcast, You’re Gonna Love Me with Katie Maloney on March 18, the Bravo star burst into tears as she spoke to her listeners.

“It was my decision, which was probably the hardest and most painful decision I’ve ever had to make,” she said.

Katie added: “I love Tom, and we’ve built a life together, and he was my person, but ultimately, I just wasn’t happy.”

The couple had fueled breakup rumors for weeks after the podcast host shared cryptic quotes about divorce and showed off photos that emphasized her without a wedding ring.

Katie tied the knot to the TomTom co-founder in 2016, although the pair never officially filed their documents, and had to have another ceremony in 2019 to legally seal the deal.

In 2019, Lisa Vanderpump pushed them to make it official with a smaller Las Vegas ceremony.

Meanwhile, court documents obtained by Us Weekly showed that the couple never had a prenup – despite them claiming on-screen that they got one.

TOM IN TIME OUT

Throughout their 12 years together, many of their highs and lows played out on-camera – including his infidelity that was revealed two years after they wed.

In 2018, viewers watched the fallout after Tom was unfaithful while he was blackout drunk.

He would later describe his actions to Us Weekly as “really douchey.”

But during their recent lunch reunion after the split news, Tom was apparently still wearing his wedding ring.

He also appeared to hide his wedding hand in street photos the day of the split announcement where he looked disheveled and held his forehead.