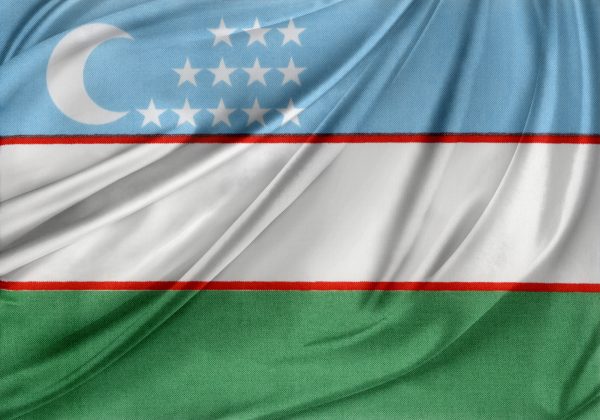 In one of the most direct Central Asian refutations of Russia’s war in Ukraine, Uzbek Foreign Minister Abdulaziz Kamilov said Uzbekistan recognized the “independence, sovereignty and territorial integrity of Ukraine” and did not recognize the Luhansk and Donetsk People’s Republics. The comments come as Central Asian governments struggle to remain neutral between one of their largest trading partners and their own domestic concerns about sovereignty and territorial integrity.

The two territories are at the heart of Russian justifications for military engagement in Ukraine. On February 21, the Russia’s State Duma passed, and President Vladimir Putin signed, a bill officially recognizing the two territories as independent states. The next day, Kazakh Foreign Minister Mukhtar Tileuberdi was asked whether Kazakhstan would follow Russia’s lead. In response, he said, “I must assure you: there is no question of Kazakhstan’s recognition of the Donetsk and Lugansk People’s Republics.” In the weeks since, Kazakhstan has called for a ceasefire and peaceful negotiations, and avoided lending Russia support, either materially or rhetorically.

The Uzbek foreign minister’s comments come in the third week of the invasion, but illustrate an important step in the inevitable evolution of Central Asian government responses to the crisis.

Since 2016, Russia and Uzbekistan have embarked on a number of joint projects, illustrating both the Uzbek government’s desire to open and grow the country’s economy and the natural selection of Russia as a partner in that endeavor. However, some of the most significant projects — such as plans for Russia to help Uzbekistan build a nuclear power plant — have long time horizons. The two presidents pressed a symbolic (and comically large) button marking the start of “construction” in 2018 — really the start of engineering surveys of the proposed site. At the time, 2028 was the anticipated competition date. The war in Ukraine, regardless of how Uzbekistan positions itself politically, will likely push that date back or derail such projects entirely.

Kamilov also noted in his remarks that Uzbekistan has a strategic partnership with Russia. Originally agreed to in 2004, the partnership has seen renewed attention under President Shavkat Mirziyoyev, much like economic relations with Russia. In June 2020, Mirziyoyev and Putin met in Moscow and discussed the strengthening of the partnership. In April 2021, Russian Defense Minister Sergei Shoigu met with Uzbek Defense Minister Bakhodir Kurbanov in Bukhara, Uzbekistan, and announced a strategic partnership program in the military field for 2021-2025. (Side note: Bukhara is home to an impressive fortress called the Ark, which fell to the Soviet Red Army in 1920 during the Bukharan revolution.)

The Uzbek foreign minister called for an immediate ceasefire, and said that Uzbekistan would “continue mutually beneficial cooperation” with both Russia and Ukraine. He underscored growing economic and other relations with Ukraine and said, “In these difficult days, we will definitely provide humanitarian assistance to Ukraine.” Earlier this month, the Ukrainian ambassador to Uzbekistan thanked the country for sending 28 tons of humanitarian aid, which included medicines and other medical supplies. Kamilov’s comments appear to confirm that aid shipment and preface such aid again in the future.

Kamilov, finally, reiterated Uzbekistan’s non-participation in military blocs and that its military would not be involved in any conflicts abroad. Uzbekistan joined and left the Russia-led Collective Security Treaty Organization (CSTO) twice, with its membership stints running from 1994 to 1999 and 2006 to 2012. Last year, Kamilov said there was no need for Uzbekistan to rejoin the CSTO.

Tashkent has also danced around the edges of membership in the Eurasian Economic Union (EAEU), something that seems far-fetched at present despite a clear trajectory toward membership in recent years.

Kamilov’s recent comments regarding Ukraine were small but nevertheless important. There’s no great rupturing of relations with Russia and nothing as bold as joining the West in sanctioning Moscow. When the United Nations General Assembly voted to condemn Russia, Uzbekistan didn’t vote at all — Kazakhstan, Kyrgyzstan, and Tajikistan abstained; Turkmenistan also avoided voting. That choice was difficult to interpret, while Kamilov’s remarks are a much clearer signal of Uzbekistan’s official position.

It remains significant that of the entire former Soviet Union, only Belarus is in complete lockstep with Russia. Western media often erroneously refer to the states of Central Asia writ large as Moscow’s “allies” on the back of their deep economic, political, and social ties to Russia. But as the Ukraine crisis has illustrated, the foreign policies of the states of Central Asia are guided by their own interests and concerns — and those have always included strengthening their own sovereignty and independence. Among the Central Asian states Kazakhstan and Uzbekistan have been the most vocal in their neutrality, which for Moscow probably stings.