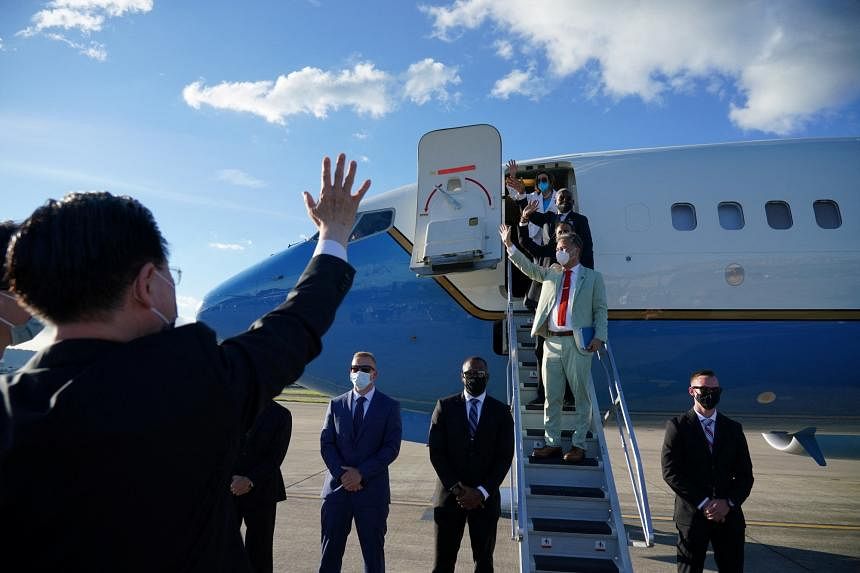 Amid rising tensions over her visit to Taiwan, which China regards as a breakaway province that must be reunited with the mainland by force if necessary, Mrs Pelosi said the US will not abandon the island.

Taiwan President Tsai Ing-wen added that the island will not back down in the face of heightened military threats.

Beijing expressed its displeasure over the visit, which it views as a severe provocation, by displaying its military might and also tightening the economic screws on Taiwan.

It announced it would stop exporting natural sand to Taiwan with immediate effect. Taiwan gets 90 per cent of its supply of natural sand – mostly used in construction – from China because it is cheaper than importing from other places like Vietnam.

China also banned the import of citrus fruits and two types of fish from Taiwan. This comes on the back of Monday’s suspension of imports from over 100 Taiwanese food manufacturers.

Taiwan has deep economic ties with the mainland, which is one of the island’s largest trading partners.

China also flexed its military muscle. The Xinhua news agency reported that China will hold military drills from Thursday to Sunday in six areas around Taiwan.

The Taiwan Affairs Office (TAO) of the State Council also announced sanctions against what it said were elements supporting Taiwanese independence, including the Taiwan Foundation for Democracy and Taiwan International Cooperation and Development Fund.

The TAO also released several strongly worded statements, singling out Ms Tsai and Mrs Pelosi, saying their “provocations” will push the island into an “abyss of disaster”.

Mrs Pelosi’s arrival on Tuesday night was met with a furious Chinese response that continued into Wednesday.