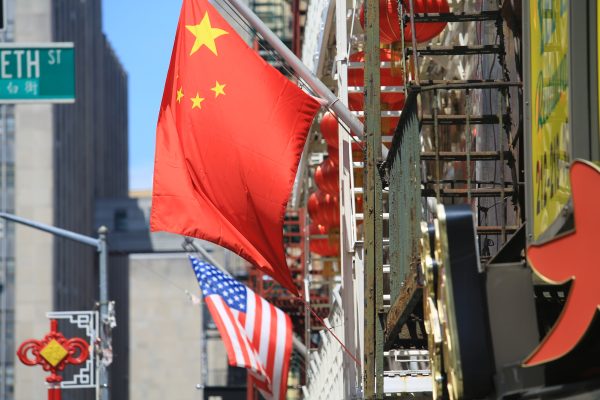 On Wednesday, the U.S. Department of Justice held a press conference to announce cases against five individuals charged with “stalking, harassing, and spying on U.S. residents on behalf of the PRC secret police.” The five individuals – named as Fan “Frank” Liu, Matthew Ziburis, Shujun Wang, Qiming Lin, and Qiang “Jason” Sun – are alleged to have worked with China’s Ministry of State Security – the civilian intelligence agency – to commit “transnational repression,” attempting to silence individuals residing the United States who were or are critical of the Chinese Communist Party. Three of the defendants have been arrested; Lin and Sun remain at large.

“The Ministry of State Security is more than an intelligence collection agency. It executes the Chinese government’s efforts to limit free speech, attack dissidents, and preserve the power of the Communist Party,” said Assistant Director Alan E. Kohler Jr. of the FBI’s Counterintelligence Division in a statement. “When it exports those actions overseas, it violates the fundamental sovereignty of the United States and becomes a national security threat.”

“The complaints unsealed today reveal the outrageous and dangerous lengths to which the PRC government’s secret police and these defendants have gone to attack the rule of law and freedom in New York City and elsewhere in the United States,” added U.S. Attorney Breon Peace for the Eastern District of New York.

The DOJ’s press conference and press release covered three separate cases. In the first, Qiming Lin, identified as a Chinese national, is accused of hiring a private investigator (PI) in New York “to disrupt the campaign of a Brooklyn resident currently running for U.S. Congress (the Victim), including by physically attacking the Victim.” (The victim was not named in the DOJ filing, but the description – a student leader in the Tiananmen protests who fled to the U.S., where he eventually served in the military before announcing a congressional run, suggests it is Yan Xiong.) According to the Daily Beast’s reporting, the PI contacted the FBI about the case, allowing the U.S. law enforcement agency to listen in on calls between the PI and Lin.

Lin’s reason for hiring the PI was simple: “Right now we don’t want him to be elected.” To that end, Lin wanted the PI to provide personal information on the target, and then look for any incriminating material. If none could be found, Lin said, “can they create some?” He spoke about entrapping the candidate with a prostitute: “go find a girl… see how he goes for prostitution, take some photos, something of that nature.”

Lin also told the PI that “violence would be fine too… beat him until he cannot run for election.”

Ominously, Lin promised the PI that “we will have a lot more, more of this [work] in the future… Including right now [a] New York State legislator.” He was quite explicit that he was working for the CCP, telling the PI several times that he needed approval from his superiors in the party.

In the second case, Shujun Wang, a U.S. citizen based in Queens, New York was accused of spying on individuals engaged in activism on subjects sensitive to China.

Wang had helped found a pro-democracy organization in Queens, but according to the DOJ, “[s]ince at least 2015, however, Wang has secretly operated at the direction and control of several MSS officers”:

Wang used his position and status within Chinese diaspora community in New York City to collect information about prominent activists, dissidents, and human rights leaders to report that information to the PRC government. While ostensibly lending a sympathetic ear, Wang reported on statements activists made in confidence to him, including on their views on democracy in the PRC, as well as planned speeches, writings, and demonstrations against the Chinese Communist Party.

Wang’s targets including activists engaged in issues related to Hong Kong, Tibet, Taiwan, and Xinjiang, “both in the United States and abroad.” At times he was told to meet with specific individuals. According to the DOJ, “Wang sent email ‘diaries’ to the MSS that contained details of his conversations with prominent dissidents, the activities of pro-democracy activists, as well as relevant phone numbers and other contact information for the targets of the PRC government.”

In the third and final case, two individuals – Fan “Frank” Liu and Matthew Ziburis – are accused of spying on and attempting “to discredit pro-democracy PRC dissidents residing in the United States.” Liu and Ziburis, both U.S. citizens were allegedly operating at the direction of Qiang “Jason” Sun, a Chinese national. In one case, Liu and Ziburis tried to bribe an IRS agent to receive copies of a dissident’s tax returns. They also installed surveillance devices on the cars and workplaces of several dissidents, with Sun viewing both live footage and location data from China.

In another incident, Liu and Ziburis allegedly destroyed a sculpture by a dissident artist in California. The DOJ did not name the artist, but local media reports described a statue by artist Weiming Chen being set on fire in July 2021. That sculpture — located in Liberty Sculpture Park in Yermo, California, and depicting China’s President Xi Jinping as responsible for the COVID-19 pandemic — matches the description given in the DOJ statement. At the time, Chen accused the CCP of destroying his artwork “to shut down our free speech.”

The cases fit into a much larger pattern of the CCP seeking to control speech critical of the party abroad – especially when former residents of the PRC are involved. Anne-Marie Brady, in particular, has done detailed research about China’s influence activities abroad. Brady herself, who resides in New Zealand, later reported that her home and office had been broken into, with electronic devices stolen, and she received threatening letters after publishing her research.

The U.S. government seems to be stepping up efforts to respond to China’s use of U.S. residents to spy on and harass activists. In September 2020, a police officer was arrested for allegedly reporting to the Chinese government on the activities of fellow ethnic Tibetans.

“The Department of Justice will defend the rights of Americans and those who come to live, work, and study in the United States,” Assistant Attorney General Matthew G. Olsen of the Justice Department’s National Security Division said in the DOJ’s statement. “We will not allow any foreign government to impede their freedom of speech, to deny them the protection of our laws or to threaten their safety or the safety of their families.”

When asked about the cases on Thursday, Chinese Foreign Ministry spokesperson Zhao Lijian said he was “not aware of the specifics.” But he added, “In principle, I want to emphasize that China firmly opposes the US’ unwarranted denigration and smearing against China by making excuses.”

“We have never asked and will never ask Chinese citizens to do things in violation of local laws and regulations,” Zhao said. “The accusation of ‘transnational repression schemes’ is totally made out of thin air.”