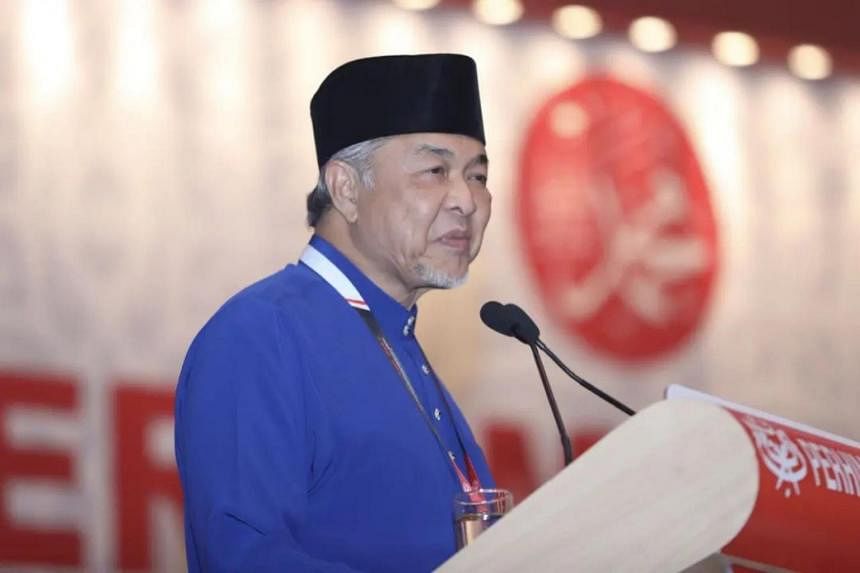 KUALA LUMPUR – Umno unanimously approved on Sunday (May 15) an amendment to its constitution that allows crucial leadership polls for the Malaysian ruling party to be delayed by up to six months after every general election, even if the three-year terms of office bearers have expired.

This effectively puts president Zahid Hamidi in charge of selecting election candidates for upcoming national polls due in 15 months but widely expected later this year. Should he be convicted of corruption charges after his defence in court which is set to conclude in November, by convention deputy president Mohamad Hasan, who is aligned to Zahid and former premier Najib Razak, will be acting chief.