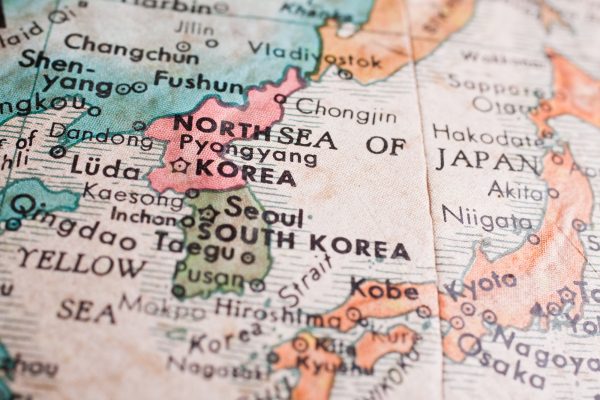 Since the start of the Russian war against Ukraine, Korea watchers have been discussing the possible effects of the conflict on negotiations with North Korea. The joint commitment of Russia, the United States, and the United Kingdom in 1994 to preserve Ukrainian sovereignty in exchange for the withdrawal of nuclear weapons from its territory does not seem to have given Moscow pause before its invasion on February 24, 2022. The conclusion, then, by analysts such as Doug Bandow of the Cato Institute is that North Korea will not relinquish its nuclear arsenal in exchange for security assurances.

However, such a bleak assessment fails to see key differences in Ukraine’s experience with denuclearization in 1994 and North Korea’s current circumstance in 2022. In fact, Ukraine does not offer us useful specifics on the roadmap to North Korean nuclear disarmament, because the two cases are vastly different.

Instead, the real lesson to draw from the outcome of Ukraine’s security-for-denuclearization arrangement should be that our international system is barbarous, and multilateral agreements are currently insufficiently robust to uphold commitments. Our response should not be to resign ourselves to great power realpolitik but rather to strive for systemic reform on a global scale: strengthening existing international institutions and fully subscribing to rules-based international mechanisms for conflict resolution.

Some North Korea watchers may see the 1994 Budapest Memorandum signed between Ukraine, United States, Russia, and the United Kingdom as a case study of a minor power that had abandoned its weapons of mass destruction and now faces of the consequences of its action. But there are key differences between Ukraine and North Korea.

Ukraine abandoned weapons that were ostensibly not theirs – the nuclear weapons were part of a Soviet arsenal inherited by Ukraine, and Kyiv never obtained independent operational control over the weapons. As such, early discussions that entertained Ukrainian control over the arsenal were rebuffed by the Kremlin and eventually rejected by overwhelming domestic consensus. This situation is far different from that in North Korea. Pyongyang has independently developed and retained indisputable command and control over its warheads.

Moreover, the geopolitical environment that Ukraine faced in post-Cold War Europe is starkly different from what North Korea confronts in modern-day Northeast Asia. Ukrainian denuclearization took place in an era in which norms of compliance to international law and multilateral diplomacy were at their height. Furthermore, the European geopolitical space already had widely accepted multilateral institutions such as the Organization for Security and Cooperation in Europe (OSCE), which lowered the transaction costs for dialogue between governments and civil societies even during the Cold War.

North Korea faces a geopolitical landscape that is not just devoid of such multilateral institutions, but one in which two of its greatest underwriters, Russia and China, refuse to subscribe to existing norms of state conduct. Moreover, asking great powers to guarantee its security – whether Russia, China, or the United States – has long been anathema to North Korea’s principal national security doctrine. Russia’s invasion of Ukraine only further entrenches Pyongyang’s suspicions that these multilateral agreements are insufficient to deter the foreign policy objectives of those powers, who are paradoxically often leaned on to be global watchmen.

No matter the differences in circumstance and context, the war in Ukraine has probably reaffirmed Pyongyang’s view that the world is a dangerous place and multilateral commitments are hollow.

Bandow correctly argues that nuclear proliferation in Northeast Asia will be a dangerous development. But he goes on to concede proliferation in the Korean Peninsula as a likely outcome following Russia’s aggression and suggests a pivot from arms removal toward arms control. But such recommendations fail to consider what rules and mechanisms could oversee arms control between two nations with a vast power asymmetry in a world where trust in international rules and norms have been compromised.

Here lies the actual challenge linking Ukraine and the Korean Peninsula: the erosion of international norms and the powerlessness of adjudicating bodies to keep governments accountable.

Though the international community has so far failed to stop Russian atrocities in Ukraine, the preferred counterfactual universe is not one where the U.S. military responded to the Russian invasion. This represents a fallback to hard power as the only credible language of international relations, which legitimizes the pursuit of weapons of mass destruction and drains nations of life, treasure, and the capacity to build the kind of international order that would have prevented the war in Ukraine. Indeed, this kind of premium on might-makes-right politics will only continue to empower great power violations of a rules-based international order and subscribes to the same worldview that North Korea exploits to justify their proliferation activities.

Pushing back Russia’s aggression in Ukraine is paramount. However, the war in Ukraine cannot remain a perpetual call to arms. If we are serious about developing lasting solutions to international problems, from North Korean denuclearization to climate change, the war must be a clarion call for powerful, unambiguous, and credible multilateral forums for diplomacy that can resolve international conflict and rein in great power adventurism. When great powers – including the United States – subscribe to the same set of rules and mechanisms of international conduct, we can create the foundation for more credible and resilient multilateral engagement.

Russia’s invasion of Ukraine has done grievous harm to the international order and the rule of law, which ultimately constitutes the greatest harm done to denuclearization efforts in the Korean Peninsula. But rather than seeing the war as the death knell to diplomacy, we must treat it as an impetus to start anew. It is a daunting task, but a necessary one – not just for Ukraine or Korea, but for a safer world.