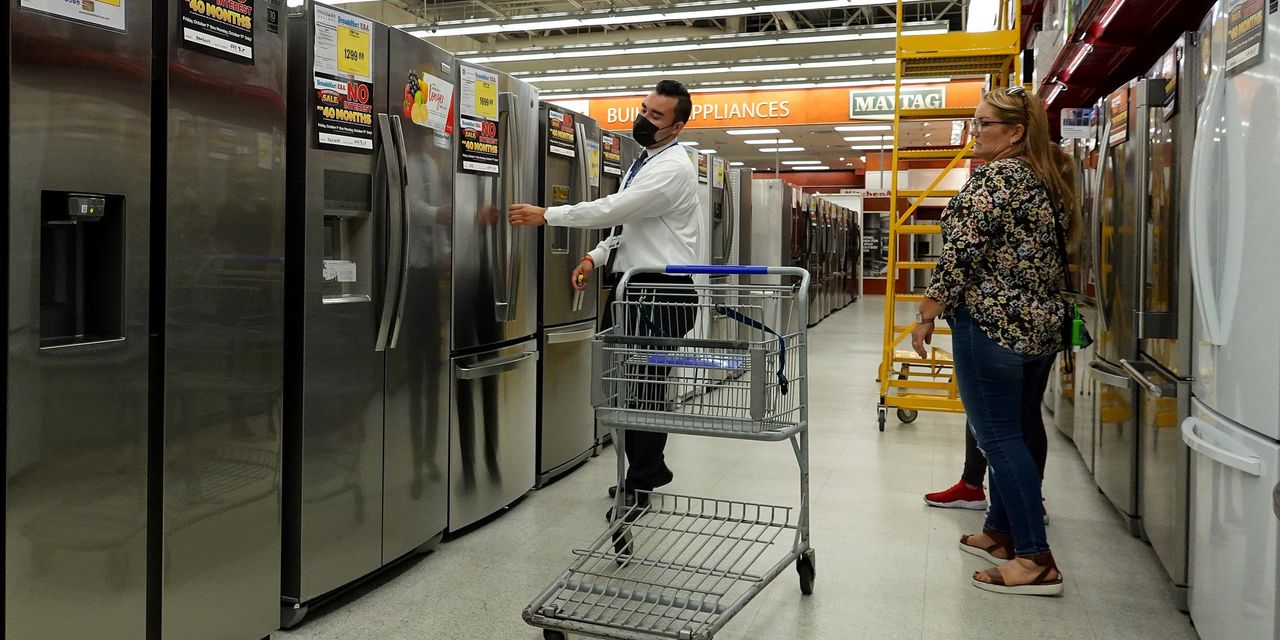 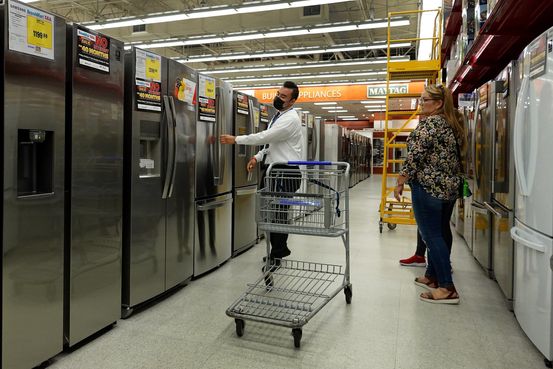 The Labor Department said the consumer-price index—which measures what consumers pay for goods and services—rose 6.8% in November from the same month a year ago. That was the fastest pace since 1982 and the sixth straight month in which inflation topped 5%.

The so-called core price index, which excludes the often-volatile categories of food and energy, climbed 4.9% in November from a year earlier. That was a sharper increase than October’s 4.6% rise, and the highest rate since 1991.

The November prices trend came before the emergence of the Omicron variant of Covid-19, which poses a new threat from a pandemic that is well into its second year.

On a monthly basis, the CPI increased a seasonally adjusted 0.8% in November from the prior month, about the same as October’s 0.9% increase.

Prices for vehicles, rent, furniture and airline fares rose last month. Some energy prices showed signs of easing, but gasoline rose by 6.1% for the second straight month. Prices for recreation and communication declined in November.

“These are frighteningly high inflation numbers, the likes of which we haven’t seen for decades,” said Allen Sinai, chief global economist and strategist at Decision Economics, Inc.

Despite the high rate, he said the main driver of inflation is a good thing: a booming economy.

“We have tremendous spending by consumers. A lot of people are getting hired. Demand is huge. Monetary policy remains very easy and fiscal stimulus has no precedent in history,” Mr. Sinai said.

Sixty percent of small-business owners said they had increased prices in the previous 90 days, according to a November survey of more than 560 small businesses for The Wall Street Journal by Vistage Worldwide Inc., a business-coaching and peer-advisory firm. Eighty percent of the companies surveyed reported increased labor costs, while 72% said their suppliers had raised prices.

The November employment report signaled continuing improvement in the job market. The unemployment rate dropped to 4.2% from 4.6%, with 1.1 million more people employed in November than in October, the Labor Department said. Consumer spending has also remained strong, advancing 1.3% in October, the most recent government figures.

Unlike in past recoveries, strong demand for goods such as autos, furniture and appliances has driven much of the inflation surge. Prices for services—such as for travel and recreation—have generally climbed much less with softer demand. The holiday season is likely exacerbating these dynamics, said Aneta Markowska, chief financial economist at Jefferies LLC.

“The supply-demand imbalances will continue to widen,” she said.

Companies are still struggling to get materials, though supply constraints were showing signs of easing before the Omicron variant emerged. The most prominent example of strained supply chains is a shortage of semiconductors that has hamstrung auto production. Limited supply of new autos has stoked overall inflation measures by driving up prices for both new and used vehicles.

Aichi Amemiya, senior U.S. economist at Nomura Securities, said a continuing shift in consumer spending from goods to services could help calm inflation. Signs of improving transportation costs and auto production hint that inflationary pressure could begin easing early next year, though it is likely to remain high in December, Mr. Amemiya said.

Food and energy prices—which had been pushed up by pandemic-related disruptions as well as by weather and geopolitical factors—have shown signs of easing as well.

Covid-19 continues to be a wild-card factor, with the emergence of Omicron and the continued spread of Delta threatening the economic expansion. Past virus surges have put downward pressure on prices for travel, recreation and other services that involve in-person interaction. However, a Covid-19 resurgence ultimately could push inflation higher by increasing consumer demand for goods and triggering shutdowns of factories and ports, Mr. Amemiya said.

Dallas resident Greg Chu noticed a rise in his gasoline costs earlier this year—an increase so sharp that he said he took his car to a mechanic. But there was nothing wrong with his car: The problem was much higher gas prices. The 27-year-old has taken to meticulously planning his day to reduce driving. Since food prices began rising last spring, he also is dining out less and is buying less meat and dairy at the grocery store.

“Inflation has changed how I drive, shop and eat,” said Mr. Chu, who works as an accountant. “I can afford to pay these price increases, but at the cost of reducing my other expenses or savings, which I am not willing to do.”

A shortage of available workers is also affecting inflation and the overall economy, pushing companies to raise prices to offset higher labor costs. Companies are setting aside an average 3.9% of total payroll for wage increases next year, the most since 2008, according to a survey by the Conference Board, a private research group.

Tip Hongchindaget said that while demand at her Charlotte, N.C., restaurant is booming, higher costs and scarce labor are squeezing her business. A surge in chicken prices has wiped out what used to be a reliable source of profit for her restaurant, Rice & Spice Thai Street Food. And though sales are strong, the dearth of workers has prompted her to start closing for Sunday lunch.

“It has happened like a storm, and it just keeps coming,” she said. “I don’t think we can keep giving more people higher wages.”

Ms. Tip said she is now researching technological upgrades that might require less labor. She is reluctant to increase prices after having done so earlier this year, especially since the area’s other Asian restaurants haven’t raised prices much. “If we raise the price again this time, I’m pretty sure it’s going to impact” sales, she said.

Economists generally see inflationary pressure from supply constraints easing in 2022 as sidelined workers return, consumer demand for goods cools and production ramps up. However, they also expect those to be replaced by more persistent sources of price pressure such as rent and medical care.

Federal Reserve officials are closely watching inflation measures to gauge whether the recent price surge will be temporary or lasting. One such factor is consumer expectations of future inflation, which can prove self-fulfilling as households are more likely to demand wage increases and accept higher prices in anticipation of faster future price growth.

The Fed’s policy-making body holds a two-day meeting next week to find out if officials will accelerate the pace at which it pares back asset purchases, paving the way to raise interest rates in the first half of next year to curb inflation.

Write to Gwynn Guilford at gwynn.guilford@wsj.com