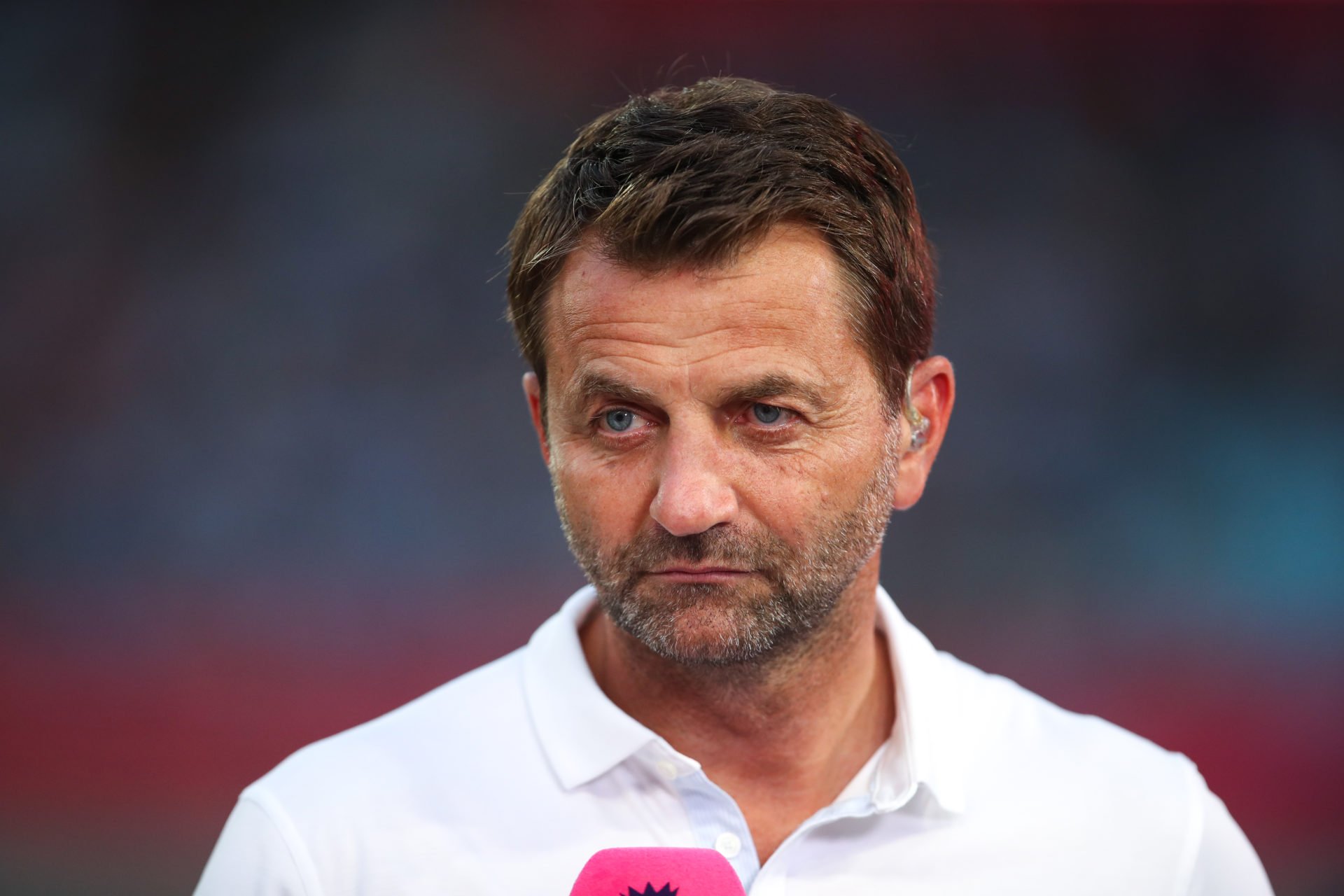 Tim Sherwood has backed Tottenham to finish third in the Premier League next season, if they get their transfer business right.

It’s Champions League football for Spurs, after Antonio Conte guided them into fourth spot, ahead of north London rivals Arsenal.

Chelsea were the ones who secured third spot, in the end, pretty comfortably, with the Premier League’s top-two in a league of their own.

Many are struggling to get near to Liverpool or Manchester City, but who will be the best of the rest next season?

Well, Sherwood, whilst speaking on the Premier League Productions (24/05/22 at 3:55 pm) was backing his former side, if things go well in the summer market.

“I think if they buy well, they are equipped to challenge up there,” said Sherwood.

“I am sure they aren’t anywhere near Manchester City or Liverpool. But nor is anyone else.

“But, with a few additions, they are capable of finishing third.”

TOTTENHAM FANS MUST BE PINCHING THEMSELVES

Only 12 months ago, Daniel Levy decided to sack Jose Mourinho, one week before the League Cup final, and then put Ryan Mason in charge.

Then Nuno Espirito Santo walked through the door and he was pretty quickly out of it within ten games.

Tottenham’s season could have descended into absolute chaos, but Conte has come to the rescue.

Now, those in north London will be pinching themselves because they can finally look forward, rather than over their shoulders.