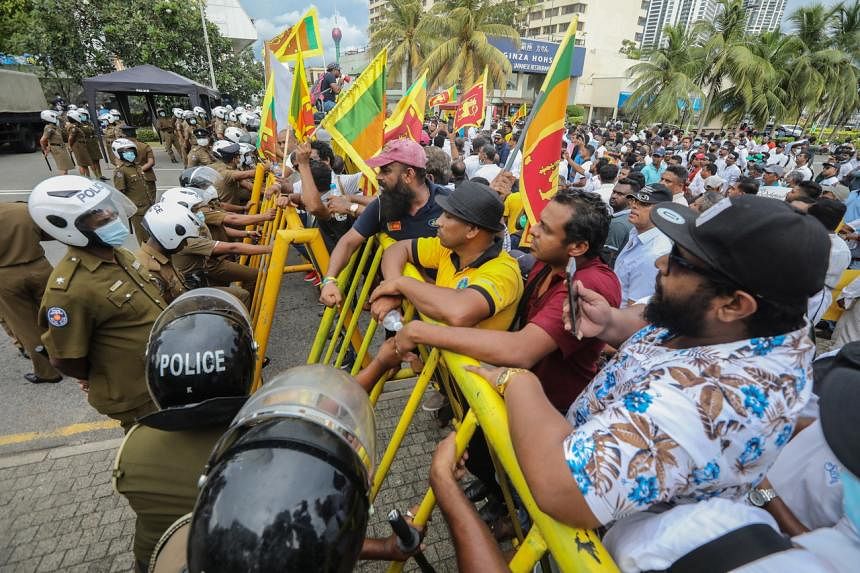 COLOMBO (REUTERS) – Thousands of Sri Lankan opposition party supporters rallied on Sunday (May 1) in the commercial capital Colombo as a weeks-long political and economic crisis showed no sign of abating.

Dwindling foreign currency reserves have left the island nation of 22 million people struggling to pay for fuel, food and medicine imports, and brought thousands onto the streets in daily protests that have occasionally turned violent.

On Sunday, opposition parties ended a week-long march from the central city of Kandy, with thousands of supporters thronging Colombo’s Independence Square.

Many carried Sri Lankan flags and wore headbands saying “Gota Go Home”, one of the main rallying cries of the protests.

“So many people are suffering from the cost of fuel and food. There are queues for everything,” said Professor Sunil Shantha, a 58-year-old university lecturer who said he voted for Mr Rajapaksa at the last presidential election in 2019.

“Gotabaya is a failed president.”

Mr Rajapaksa was hit by mass resignations from his Cabinet last month and now faces the possibility of a no-confidence vote in his reformed government later this week.

He and his elder brother, Prime Minister Mahinda Rajapaksa, have both refused to resign, instead calling for a unity government led by the President – an offer the opposition rejects.

“I once again invite all political party leaders in (Sri Lanka) to come to a consensus on behalf of the people,” Mr Rajapaksa said in a tweet on Sunday.

“It’s my sincere wish to call on the people to join hands to steer a pro-people struggle setting aside political differences.”