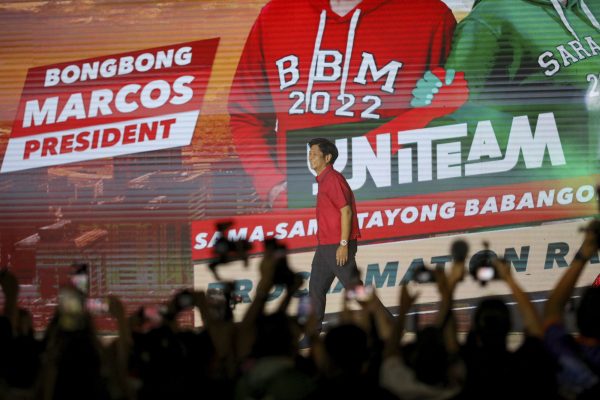 “May korupsyon din naman pagkatapos ng EDSA revolution.” (There was also corruption after the 1986 EDSA Revolution.)

“Wala namang ipinagbago pagkatapos ni Marcos – laganap pa rin ang korupsyon at kahirapan.” (There was no real change after Marcos was ousted – corruption and poverty today is just as bad.)

“Mainam pa noong Marcos regime, kahit may korupsyon marami namang nagawa at maraming imprastraktura na naipatayo. Golden age noon!” (It was better during the Marcos years, even if corruption was prevalent, at least we had a lot of infrastructure projects. It was the golden age!)

These quotes are among the common refrains filling social media chatter when trying to grapple with the depth of corruption during the Marcos regime and the persistence of corruption even under the post-EDSA reform era. When juxtaposed against the evidence, there is a deep and growing misunderstanding of the reform efforts to fight corruption in the public sector.  There is evidence, in fact, that post-EDSA reforms are extensive and are taking root – witness the dramatic improvement in sovereign credit ratings, improvement in the debt-to-GDP ratio until 2019 (after which fiscal space was tapped during the pandemic), and improvement in the country’s economic growth rates (again, at least until prior to the pandemic).

Despite this progress, there are still issues holding the Philippines back. Because of the imbalanced reform agenda, which favored economic reforms while political reforms lagged, political corruption continues to threaten even those economic gains.

In this article, we argue for a nuanced understanding of the post-EDSA reform record. Based on our research, we believe the Philippines should continue these reforms and this time, balance the economic reforms with deep political reforms. And we also warn against reversing these reforms by resorting to a false nostalgia over authoritarian rule.

Suffice to say that the May 2022 elections is a crossroads for the Philippines. The next leadership should not be allowed to come into power solely because of false nostalgia over the Marcos era of martial law. No Philippine leader should have the opportunity to bring back the same systematic centralization of power. Neither should these next leaders persist on the present path of imbalanced growth and the failure to correct growing political malfunctions.

Crafting an effective reform narrative that avoids these two pitfalls could probably unite Filipinos who still vividly recall the mistakes made by Marcos with fellow Filipinos who may not have lived through those mistakes but are equally weary of non-inclusive development in the last 30 years. A reform path that improves on these two histories – the Marcos martial law years and the post-EDSA reform period – can begin to build stronger solidarity among Filipinos.

The Martial Law Era Was a Corruption-Rich Environment

Martial law is a policy option common in many democratic societies. It is not destructive, per se, and may even be necessary during crises. But the main issue with martial law is that it can be misused and abused if there are weak checks and balances in the political environment. Various analysts and historians both in the Philippines and abroad observed that the period of martial law under Ferdinand Marcos, spanning 1972-1981, in fact exacerbated cronyism and oligarchy. This was principally done by concentrating power into the hands of one political clan.

Technocratic industrial policy combined with political anti-oligarch rhetoric spurred the rationalization and liberalization of different economic sectors, with substantial state support and direct credit among other interventions. Business owners (including those from old business families) that were neither friendly with nor connected to the Marcos regime were quickly displaced by a new cohort of business leaders with family or political links to the Marcos administration. In the guise of modernization and industrialization, these firms were then supported with state-backed financing, including resources from growing external debt. Because modernization was hijacked by cronyism, the infant industries never grew up (even as the cronies grew wealthier). Debt-driven growth fueled the boom, but cronyism ensured the bust that would follow.

This was the basic recipe for malgovernance and one of the deepest economic implosions faced by the Philippines in the early-1980s. That eventually led to the removal of the dictator via the People Power revolution in 1986.

Economic and political institutional reforms have been progressing in the post-EDSA period. In fact, investors began to change their perception of the Philippine economy and the state of economic governance, resulting in credit rating upgrades. This is already an important – but still incomplete – victory. There was relative success in terms of resuscitating the Philippine economy and forging recovery from the debt-fueled crisis of the Marcos years.

And yet even this was still wanting because poverty and inequality reduction as well as true “people empowerment” for the vast majority of Filipinos remains elusive. Populists can prey on this latent demand for fairness and inclusion as the country continues to grow in wealth (though perhaps sidetracked temporarily by the present pandemic). The vast majority of Filipinos were emancipated from poverty in the post-EDSA period, but not from continued vulnerability to shocks and crises.

Second, advancing inclusive economic and political institutions (along the lines explored in Daron Acemoglu and James Robinson’s “Why Nations Fail”) is consistent with the reform agenda set forth by the 1987 Constitution. The challenge seems to be that political reforms need to catch up with the economic reform agenda, which appears to have taken precedence in the past three decades or so.

Hundreds of economic, social, and political reforms were accomplished during the post-EDSA period. These include laws to strengthen the independence of the Central Bank, promote deregulation and liberalization of sectors once curtailed by large monopolies, advance good practices in procurement, and forge stronger public-private partnerships. All these institutions were carefully and deliberately resuscitated in the post-EDSA period because they were totally debilitated under the Marcos regime.

Eventually, relative progress in economic reforms catapulted the Philippines to become one of the fastest growing economies in Asia by 2016, three decades after the EDSA revolution. This should have continued under the Duterte administration, but the pandemic mismanagement, as well as lingering governance issues, revealed the imbalance in the reforms – an imbalance that left governance wanting due to lagging political reforms. This deep lag in political reforms could be part of the reason why political and economic inequality may have been tolerated and left to fester in the post-EDSA period.

In fact, the Duterte administration has been praised for pursuing pro-growth economic reforms (e.g. TRAIN1, CREATE, the Rice Tariffication Law, etc.). What remained wanting, it seems, were social safety nets (i.e. the ayuda cash assistance program during the pandemic was woefully inadequate and plagued by corruption) and a dramatic increase in job-generating foreign and domestic investments. Duterte’s Build, Build, Build infrastructure push promised to create many jobs, but our research at the Ateneo Policy Center exposed that it too was corruption plagued, registering up to 40 percent kickbacks according to confidential sources in the construction industry.

As regards the corruption cases filed against the Marcoses and their cronies, the wheels of justice and accountability grind very slowly. The government admits it was only able to recover a mere fraction of the estimated wealth stolen. One should note recent progress, however, including the June 2021 decision of the Supreme Court ruling that the late Herminio Disini owes the government 1.1 billion Philippine pesos in damages due to corruption related to the Bataan Nuclear Power Plant, and the September 2021 ruling of the Sandiganbayan for Traders Royal Bank (now Royal Traders Holding Co., Inc.) to pay the government roughly $25 million in ill-gotten wealth.

Unfortunately, this protracted delay in actual accountability (e.g. rulings on corruption cases) and in setting up systems of accountability (e.g. political reforms) likely set the stage for the populist push-back on this same post-EDSA progress. At its extreme, there could be a reframing of the martial law years that could revive authoritarian tendencies, once again seducing a population disgusted with the slow progress against inequality and social injustice in Philippine society.

It is critically important to impress upon the public and notably the youth that any lingering weaknesses in economic and political governance will require continued institutional reforms – and any historically revisionist ideas to bring back the martial law years contradicts lessons painfully learned (or so one would hope).

Today, well over 35 years after the EDSA revolution, and close to the 50th anniversary of Marcos’ declaration of martial law, one can understand why many Filipinos may be losing patience with the reform narrative that was developed as part of that pro-democracy revolution. The slow pace of poverty reduction, festering inequality, and chronic vulnerability to crises (including the 2020-2022 COVID-19 pandemic) all due to imperfect governance and incomplete reforms notably in the political space (i.e. the inability to pass laws on dynasty regulation, political party development, and campaign finance reforms), set the stage for populism, opportunistic historical revisionism, and an authoritarian revival.

Sadly, the latter can easily wipe out the progress in reforms even on the economic side. Loyalty-based (rather than merit-based) appointments, the rise of new (and hungrier) cronies, and the further entrenchment of “fat political dynasties,” wherein members of one political clan occupy government positions at the same time, are largely to blame for stalling and blocking the political reforms called for by the 1987 Constitution. With the absence of mechanisms that promote accountability and legitimacy-building, politicians end up pursuing their own economic gains and political ambitions at the expense of the nation. This not only compromises the credibility that post-EDSA reforms have built over the years in the international arena, but also promotes an insidious and decentralized practice of cronyism, evolving from the martial law era, that fosters deeper resentment and inequality among Filipinos.

The Philippines can’t go back to the bad governance of the Marcos years, and neither should we persist in the imbalanced and non-inclusive growth and development of the post-EDSA period. We can’t continue to liberalize the economy without liberalizing our political system.

This article draws on a recent study by the authors which can be accessed here.