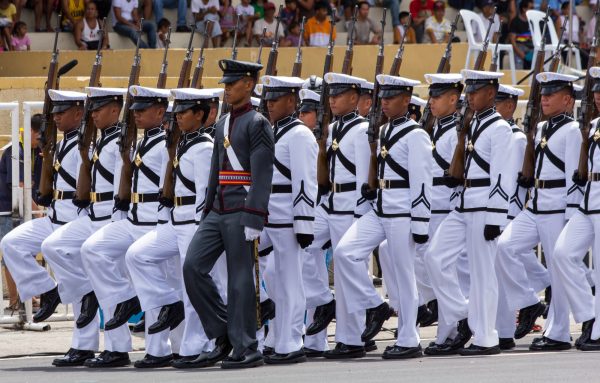 Long organized around domestic operations, the Philippines intelligence apparatus needs to retool itself for a new era of superpower competition.

Since the 2010s, there has been a notable shift in the global balance of power, and the re-emergence of a multipolar world. The Philippines faces an unprecedented geopolitical challenge in the face of China’s quest for regional hegemony in the Indo-Pacific region. The People’s Liberation Army Navy (PLAN) persists in its area-access/area-denial (A2/AD) operations in the contested South China Sea. The PLAN’s reforms to its force structure emphasize high-tech, joint military operations. On the other hand, the Armed Forces of the Philippines (AFP) faces a huge challenge in recasting its force structure in terms of fighting multidomain threats that may underlie future wars, and hence its long-shot AFP Modernization Program.

The preponderance of the actual shift in the balance of power in the Indo-Pacific is supported by hard evidence. Global geospatial imagery confirms Beijing’s construction of 10,000-foot runways on each of four artificial island features across the first island chain: Woody Island, Fiery Cross Reef, Mischief Reef, and Subi Reef. These island installations also include batteries of surface-to-air missiles, nti-Ship Ballistic Missiles, and Intelligence, Surveillance, and Reconnaissance (ISR) capabilities. These extend the PLAN’s strategic communications and logistics capacity, allowing PLAN surface forces unprecedented freedom to maneuver. Securing the first and second island chains would mean an effective shift in the military balance against the United States. Interestingly, China has already positioned forward bases in Hainan, a Chinese island province in close proximity to the South China Sea. The Yulin naval base on Hainan itself houses enough naval power to choke the Malacca Strait alone. This indicates Beijing’s clear intentions to dominate East Asia.

This is a challenge for which the Philippines’ entire apparatus of state must prepare. The country is currently undergoing a process of “Philippinedization,” which has been defined as a “process whereby a weaker state, backed by a powerful country, goes through great lengths in temporarily refraining from opposing a neighboring great power by resorting to economic and diplomatic rapprochements at the strategic level but strengthening its national security infrastructure on the operational level with an eye for potential conflict in the foreseeable future.” As the literature points out, deterring and winning wars suggest the need for improving intelligence services in order to better discern the enemy’s intentions, capabilities, and movements.

However, defense analyst Joshua Bernard Espeña notes that the country’s primary intelligence-gathering and analysis arm, the National Intelligence and Coordinating Agency (NICA) has “been bogged down in internal security efforts against various insurgent groups,” which may hamper its efforts to prepare for regional challenges. This reflects the 2018 National Security Strategy, which states that internal conflicts remain the top priority concern for the Philippine government.

Recently, NICA has been a subject of a number of controversies, including the indiscriminate act of  “red-tagging” or the unverified tagging of persons and groups allegedly affiliated with the Communist Party of the Philippines and its New People’s Army (CPP-NPA). In its efforts to defeat the  NPA, NICA has produced often questionable intelligence reports, and its own director-general has posted unverified reports about progressive profiles of persons and groups affiliated with CPP-NPA.

China has a hefty reputation for waging unrestricted warfare as an official tool of statecraft on adversaries. Examples can range from force multiplication through the conscription of maritime militias to using digital, private social media corporations to penetrate and subvert U.S. government end-users.

Within the Philippines, NICA has been ineffective in intercepting Chinese espionage. Reports indicate that Chinese agents deliberately target critical Philippine Army and Navy infrastructures, as well as the offices of the Department of Foreign Affairs. Manila’s complacency toward Beijing under President Rodrigo Duterte has been accompanied by an influx of Chinese illegal immigrants, who potentially represent a host of homeland security threats. This is exacerbated by what scholars have noted about NICA: that foreign intelligence work is largely unknown in the general eyes compared to internal security operations. Anecdotal evidence suggests that such a distraction invites institutional weakness, and such a weakness invites external aggression.

The circumstances described above suggest a way forward for transitioning strategic intelligence from the dominance of internal security towards a greater focus on external security as the first line of defense in the Philippines’ national security strategy. There is a need to emphasize the Philippines’ geographic importance in producing strategic intelligence outputs. In this regard, imagery and signals intelligence is among the most important sources in assessing PLAN movements and intentions in the disputed areas of the South China Sea.

To achieve this, NICA should reorganize itself in parallel with the transforming strategic environment. For one, there is a question about the necessity of NICA’s Regional Intelligence Committee  (RIC) and the Special Monitoring Board (SMB), both of which conduct both domestic counterintelligence operations, given that the National Bureau of Investigations (NBI) and other law enforcement agencies have essentially the same functions. NICA could apply the same model as its foreign intelligence counterparts from other countries.

NICA, as the Philippines’ premier national intelligence agency, needs to balance intelligence priorities on both domestic and international issues and should remain cautious about the looming shadow of Chinese threats. Having established such balance in its operations, NICA can provide proper guidance on the decision-making processes of policymakers.