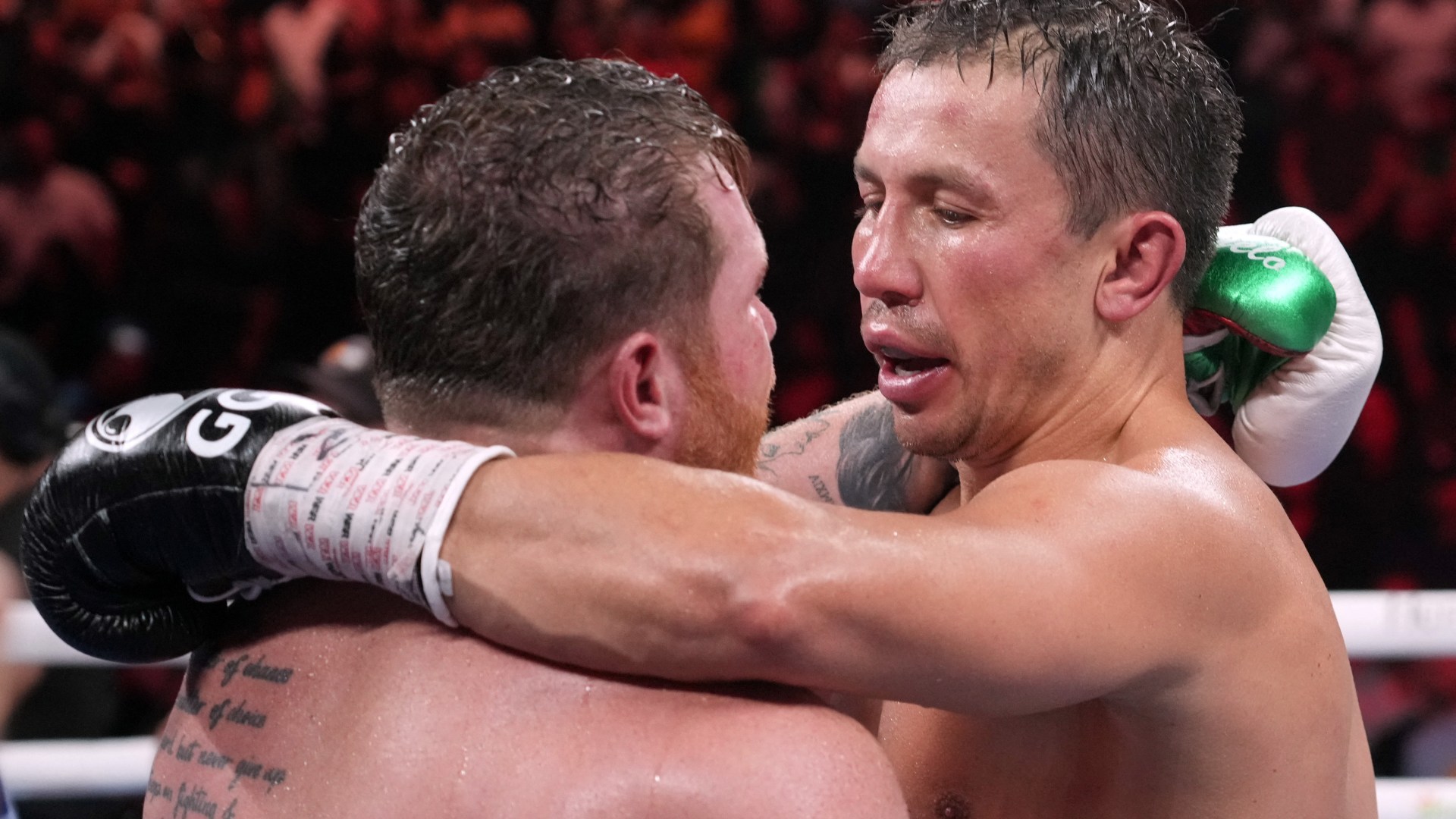 CANELO ALVAREZ and Gennady Golovkin squashed their beef after 36 rounds shared in their epic trilogy bout.

GGG held a grudge for almost half a decade having been unfortunate to walk away with only a draw and a loss in their first two thrillers.

And while the trilogy fight – four years after Canelo’s rematch win – did not live up the billing, it did settle the score once and for all.

He said: “Thank you so much my friend. Thank you for everything.

“We gave the fans three good fights and thank you for everything, OK.”

Golovkin, 40, agreed with Canelo, 32, as the pair of boxing legend’s embraced in the middle of the ring.

Canelo came into the fight having been upset by WBA light-heavyweight champion Dmitry Bivol, 31, in May.

But he returned to super-middleweight to defend his undisputed crown and used the loss to inspire a return win.

He said: “I’ve gone through some difficult things in my life and the only thing you can do is continue to move forward.

“I’ve gone through difficult times recently with my defeats and I’ve actually shown that defeats are great because it enables you to come back and show humility.”

Golovkin, who still holds the WBA, IBF and IBO titles, looks ready to move back down and snub retirement.