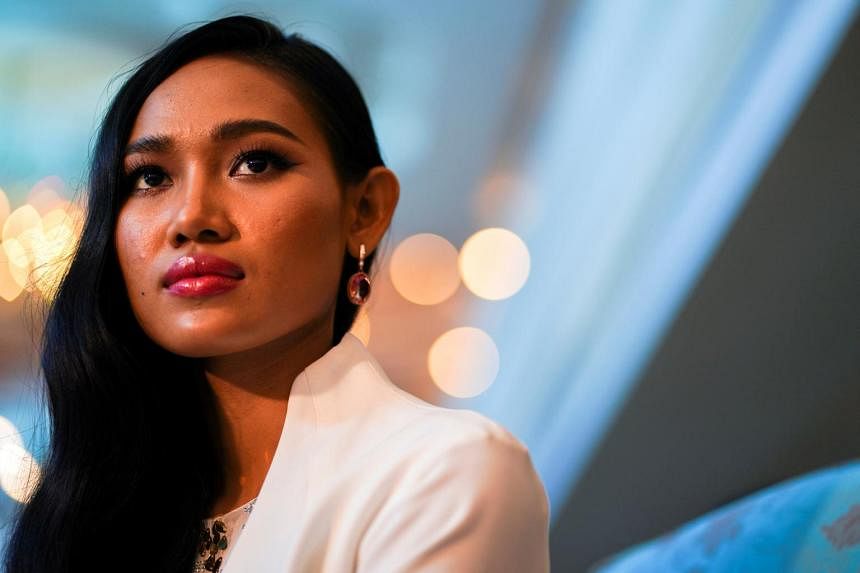 BANGKOK – A Myanmar model who took refuge in Thailand after speaking out against a military coup in her homeland has been blocked from returning to Bangkok, Thai authorities said on Thursday, over what her manager said was an Interpol notice.

Ms Han Lay, who captured international attention last year with a moving beauty pageant speech calling for urgent help for Myanmar’s people during a military crackdown, did not have a valid visa to enter Thailand, the immigration department said.

The 23-year-old was not being detained and arrangements were being made for her to board a flight out of Thailand, the department said in a statement.

Mr Nawit Itsaragrisil, founder of Thailand’s Miss Grand International pageant, who also represents Ms Han Lay, said she had been in the transit area of a Bangkok airport since Wednesday afternoon.

He said Ms Han Lay was stopped on arrival because she was the subject of an Interpol notice.

“She doesn’t want to go anywhere else. She wants to live in Thailand,” he told Reuters. “She’s waiting for a solution on how she can stay in Thailand.”

Myanmar has been in crisis since a coup in February last year triggered protests that the military suppressed with lethal force and thousands of arrests.

The junta’s crackdown had multiple targets, from pro-democracy and youth groups, to activists, politicians and even celebrities and social media influencers.

A spokesman for Myanmar’s ruling military council could not be reached for comment. Interpol did not immediately respond to a request for comment on whether Ms Han Lay was the subject of an Interpol notice.

Ms Han Lay was a contestant in the Miss Grand International when videos went viral on social media of her fighting back tears on stage when talking about the bloodshed in Myanmar, on a day when more than 140 demonstrators were killed.

In an interview with Reuters last year, she said her people “will never give up”.

Ms Han Lay’s Instagram postings indicate she has spent most of the past year in Thailand. She was returning to the country on a flight from Vietnam when she was denied entry. REUTERS