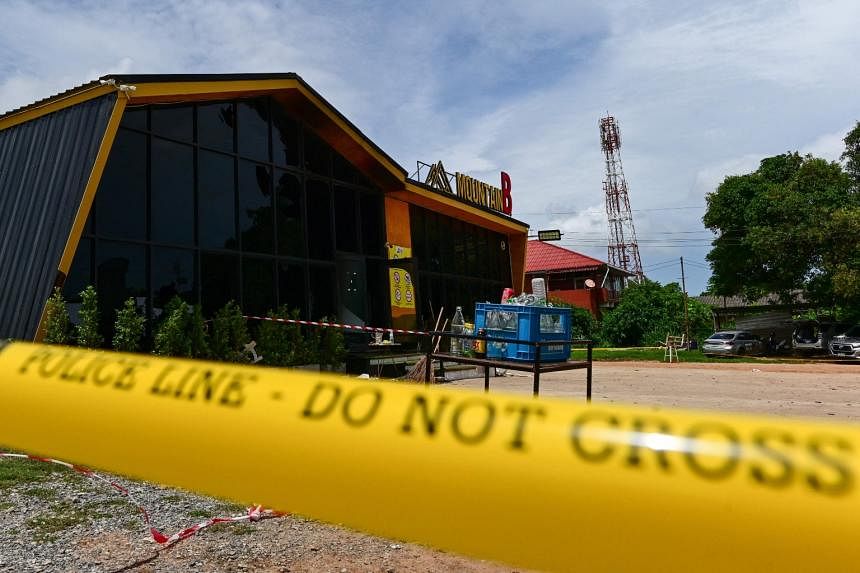 BANGKOK (AFP) – Thai police have detained the owner of a nightclub in connection with a fire at the venue that killed 15 people, officers confirmed on Sunday (Aug 7).

The blaze erupted around 1am at the Mountain B nightspot in Chonburi province’s Sattahip district, roughly 150km south-east of Bangkok.

On Saturday the death toll rose to 15, with most of the victims found crowded by the club’s entrance and in the bathroom, their bodies severely burned, according to the rescue service.

A senior police officer in Chonburi province confirmed Sunday that club owner Pongsiri Panprasng had turned himself in after an arrest warrant was issued.

“He remains under detention and police will seek the court’s authorisation Monday to detain him while we are investigating,” he told AFP.

The 27-year-old will face several charges, the police officer said, including causing death through recklessness and operating a pub without a licence.

Flammable acoustic foam on the walls of the club accelerated the blaze and it took firefighters more than three hours to bring it under control, the rescue service said Friday.

In the aftermath of the blaze, relatives of the victims – mostly aged between 17 and 49 – travelled to Bangkok to retrieve the bodies of their loved ones after examination by forensic experts.

Prime Minister Prayut Chan-O-Cha has ordered an investigation into the fire.