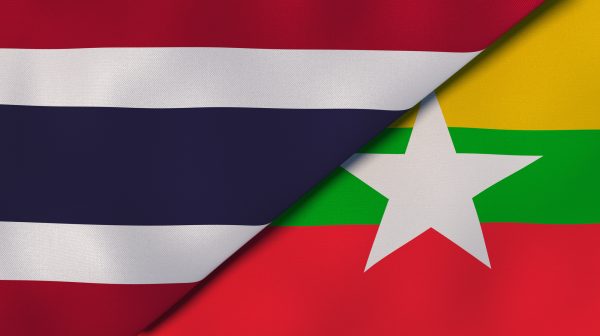 The appointment of Pornpimol Kanchanalak will relieve pressure on the Foreign Ministry, but there is no indication it marks a shift in the country’s approach to the Myanmar crisis.

Thailand has appointed its first special envoy for Myanmar, who will be tasked with representing the country at meetings and summits pertaining to the country’s escalating crisis. The appointment of Pornpimol Kanchanalak was made in a letter dated April 25 and signed by Foreign Minister Don Pramudwinai.

According to the letter of appointment, the contents of which were published by Thai PBS, she will have five main responsibilities: to “drive and monitor the tasks among agencies within the Ministry of Foreign Affairs”; to coordinate activities outside the ministry and with the private sector; to represent Thailand in domestic and international negotiations, meetings, and seminars relating to Myanmar; to report directly to the foreign minister on essential developments in the country; and to carry out sundry tasks and duties assigned by the ministry.

Don said on Tuesday that Pornpimol, an adviser of Don who reportedly accompanied him on a trip to Myanmar in November, was given the post in part due to her extensive knowledge of the country, and would help ease the ministry’s workload, the Bangkok Post reported. The letter of appointment also referenced the fact that Myanmar is strategically important to Thailand in terms of geopolitics, economics, and national security.

It makes sense for Thailand to play a more active role in addressing the conflicts that have stemmed from the military’s seizure of power last February. For decades, Myanmar’s chronic civil conflicts have produced a steady stream of refugees across the two nations’ 2,416-kilometer shared border. Thailand is therefore the country most likely to be impacted directly by the deteriorating situation inside Myanmar, something that has already manifested in the thousands of civilians that have crossed the border in order to escape junta air strikes and ground offensives, to say nothing of the increasing flow of illicit narcotics from the conflict zones of Shan State.

However, Pornpimol’s appointment, which comes a year after the Association of Southeast Asian nations (ASEAN) formulated its Five-Point Consensus plan for ending the conflict in Myanmar, does not appear to mark any significant shift in Thailand’s approach toward the country’s troubles.

Since the Myanmar military seized power, overthrowing the elected National League for Democracy government led by Aung San Suu Kyi and inaugurating the current period of economic collapse and iron-fisted rule, Thailand has taken a surprisingly soft line, even by the standards of its usually pragmatic approach towards its western neighbor.

While maritime Southeast Asian nations, particularly Malaysia, Indonesia, and Singapore, have pushed for ASEAN to take a more robust line toward the military junta, which has pledged its support to the Five-Point Consensus while doing virtually nothing to implement it, Thailand has preferred a quieter diplomatic approach. It has remained muted in the face of the Myanmar military’s brutal crackdowns on anti-coup protesters, and the destabilization of regions directly bordering Thailand.

As I’ve noted previously, it is not hard to draw the conclusion that Thailand’s Prime Minister Prayut Chan-o-cha, who also seized power in a coup in 2014, is eager to avoid establishing a norm that military interventions in politics are illegitimate. There is also the close relationship between the Myanmar armed forces and the Royal Thai Army, which have long cooperated on a range of fronts, including on halting crossborder flows of illicit drugs and other contraband, and whose senior commanders reportedly have close personal relationships.

It makes sense for Thailand to play a more active role in Myanmar, but even if she wishes to press the junta to implement the Five Point-Consensus, it is hard to see Pornpimol encountering much more success than the two officials who have served as ASEAN’s special envoy, who have done little to convince the military junta to implement the Five-Point Consensus. Astute envoys might make some differences  around the edges, but real progress on a resolution of the conflict will likely require a shift in the political balance of power within the country.