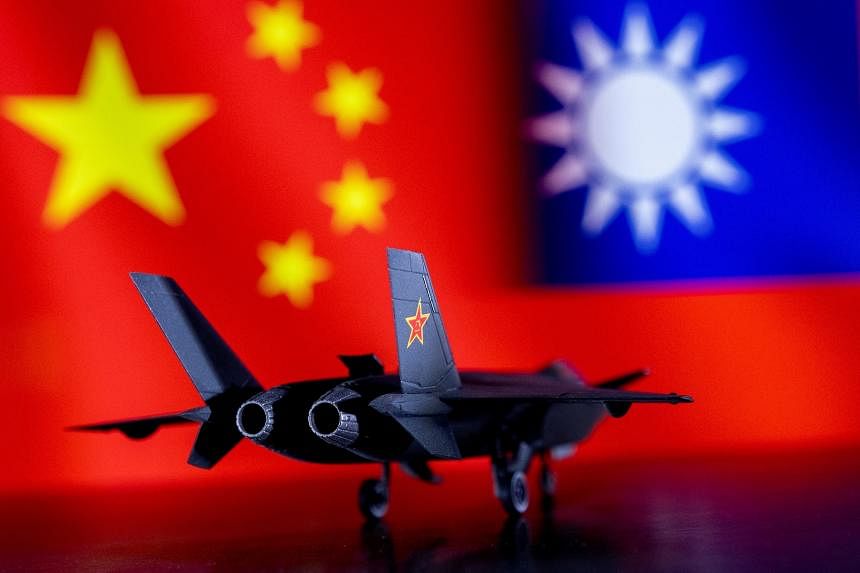 TAIPEI (REUTERS) – Taiwan scrambled jets on Tuesday (June 21) to warn away 29 Chinese aircraft in its air defence zone, including bombers that flew to the south of the island and into the Pacific, in the latest uptick in tensions and largest incursion since late May.

Taiwan, which China claims as its own territory, has complained for the past two years or so of repeated missions by the Chinese air force near the democratically governed island, often in the southwestern part of its air defence identification zone, or ADIZ, close to the Taiwan-controlled Pratas Islands.

Some of the aircraft flew in an area to the north-east of the Pratas, according to a map the ministry provided.

However, the bombers, accompanied by an electronic warfare and an intelligence gathering aircraft, flew into the Bashi Channel which separates Taiwan from the Philippines and into the Pacific before turning back to China on the route they came in.

Taiwan sent combat aircraft to warn away the Chinese aircraft, while missile systems were deployed to monitor them, the ministry said, using standard wording for its response.

It was the largest incursion since Taiwan reported 30 Chinese aircraft in its ADIZ on May 30. The largest to date this year occurred on Jan 23, involving 39 aircraft.

There was no immediate comment from China, which has in the past said that such moves were drills aimed at protecting the country’s sovereignty.