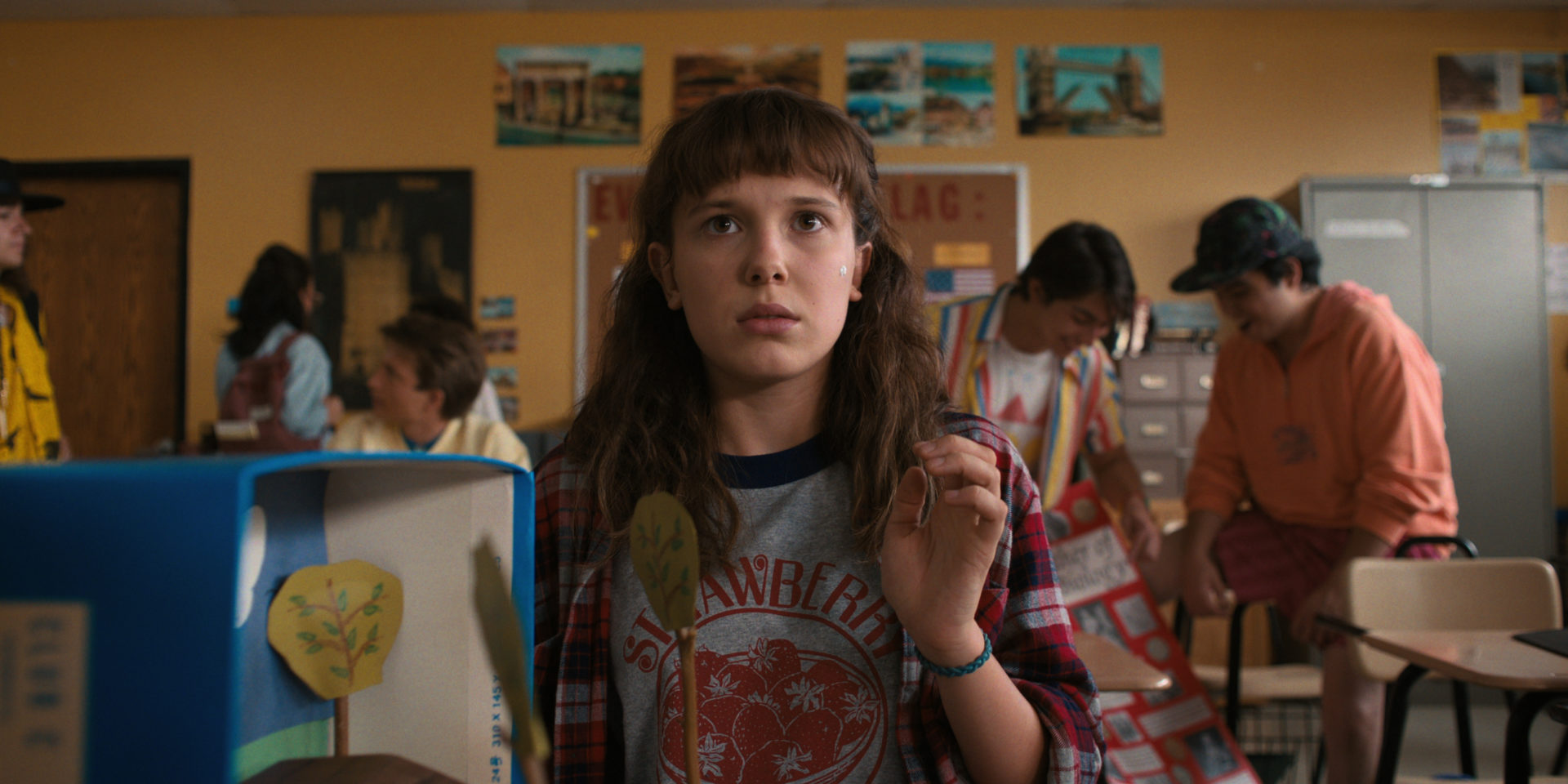 A tiny detail in Stranger Things has fans realising the incredible meaning behind Jim Hopper and Eleven’s blue hair tie.

Who would have ever guessed that such an insignificant object could hold such importance?

It appears in Stranger Things, every detail is important. This time around perhaps fans didn’t give much notice to a blue hair tie until Eleven wore it.

Now fans are emotional over the journey of the small and otherwise forgettable object. Read on to find out the significance the blue hair tie has in Stranger Things.

Just like its title, Stranger Things fans may come across odd revelations in each episode. Eleven’s blue hair tie gathered such attention from many fans.

A video posted by Netflix shows the journey of the mysterious blue hair tie, and how it went from Hopper’s daughter to to Eleven – and heartbreaking reality in between.

Throughout seasons one and two, Hopper always wore a blue hair tie on his right wrist, and through the flashback scenes, fans learned it belonged to his late-daughter Sara. We see Sara wearing the item in her hair as she plays with dad Jim. Later she has lost her hair after chemotherapy and Hopper is wearing it around his wrist.

We still see Hopper wear it when he first takes in Eleven – but as the episodes move on and so does their relationship, he gives it to her.

Hopper later adopts El (Eleven) and the two grow fond of each other, fans realise she is wearing the same hair tie bracelet. The bracelet is a very important item to Hopper and it now belongs to her.

In the first season of Stranger Things, Jim Hopper had a hard time getting over the death of his daughter. His daughter Sara died after being diagnosed with cancer, leading him to divorce his wife Diana when their relationship fell apart. Jim relied on alcohol and pills to cope with his grief.

Eleven, who had been used as test child by the Hawkins Lab, was left alone and presumed dead in the woods after escaping. Hopper, who found her all alone, took his paternal instincts and decided to take her into his home at the end of Season 1. Knowing that the government would be taking her if they found out Eleven was still alive, he hid her in the cabin for an entire year.

Just like any teenager, Eleven wanted to come out and meet her love interest, Mike, and his friends. As a series of events unfold in Hawkins, eventually season two succeeds with Hopper becoming Eleven’s adoptive parent. El is given a new lease of life under the fake name of Jane Hopper.

At the end of the third season, chaos unfolds at Starcourt Mall and Hopper disappears. He is presumed dead, which completely breaks Eleven’s heart. However, in season 4, we see he was actually alive but taken by the Russians and placed in a war camp as a prisoner.

Joyce rescues him, but Hopper can’t see Eleven because he’s still stuck in Russia. Meanwhile, she’s still clueless about what happened as she attempts to regain her powers.

Where is Eleven now?

With Hopper gone, Eleven is left alone. With no one to rely upon, Joyce, who began a relationship with Hopper, offers for her to go with them as they move out of Hawkins.

Fast forward a season, Eleven is living a teenage life with her friend Will in California as the rest of the gang remain in Hawkins. Hopper is still presumed dead so she goes on with her life. But we can still see how important he is to her, as she continues to wear the blue hair tie. When El is kidnapped and placed in a bunker in an attempt to restore her powers, she goes on a trip down memory lane. Seeing her cruel past life helps to open the door and retrieve her powers.

Now that Eleven’s powers are back, the mystery remains about her being able to defeat Vecna by herself. Fighting Demogorgon and Demodogs in the past, Vecna is the most dangerous antagonist that The Party has dealt with.

In other news, Inside Jerry Hall and Mick Jagger’s tumultuous 23-year-long relationship