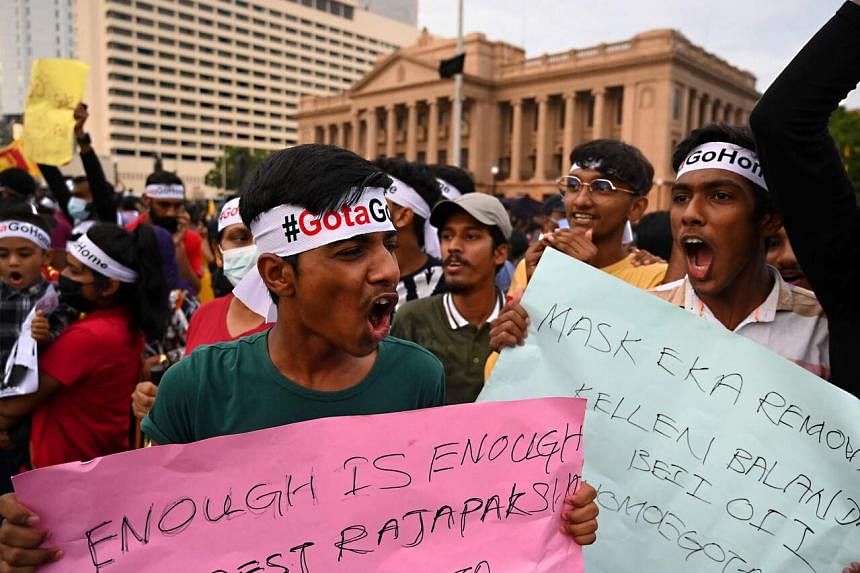 Dragged down by debt, the island nation of 22 million people is running short of power, fuel, food and medicines due to a lack of money for imports. It has reached out to the International Monetary Fund (IMF) and countries like India and China for urgent financial help.

Mr Rajapaksa dissolved his cabinet last week and called for a unity government to help tackle the crisis, as 41 lawmakers walked out of the ruling coalition to become independents in the 225-seat parliament. The government has said it has a majority despite their walkout.

Three parties that 16 of those lawmakers belong to told reporters that they had met the president and the prime minister, Mr Mahinda Rajapaksa, and that more talks were scheduled for Tuesday. The prime minister is expected to address the nation later on Monday.

“The main proposal is to have an all-party committee to make key decisions and the appointment of a new prime minister and a limited Cabinet,” said Mr Udaya Gammanpila, chief of the Jathika Hela Urumaya party.

“We want this before a new election. We have to reverse shortages and stabilise the economy.”

Sri Lanka’s next parliamentary election is not due until 2025.

The Sri Lanka Freedom Party (SLFP), with 14 lawmakers, said the independents would speak with other political parties to come to a consensus, as the government prepares to hold loan discussions with the IMF next week.

“Talks with the IMF will need a stable government capable of implementing clear policies,” SLFP General-Secretary Dayasiri Jayasekera said. “This is necessary to repair the economy and bring relief to the people.”

Sri Lankans holding street demonstrations for more than a month have focused their anger on the Rajapaksa dynasty. The president has already dropped his brother Basil Rajapksa as the finance minister, while his nephew quit as the sports minister last Monday along with other members of the cabinet.

The government is now looking for external assistance of about US$3 billion (S$4.1 billion) over the next six months to help restore supplies of essential items. It is also looking to restructure international sovereign debt and seek a moratorium on payments.

JP Morgan analysts estimate Sri Lanka’s gross debt servicing would amount to US$7 billion this year, with a current account deficit of around US$3 billion. The country only had US$1.9 billion in foreign reserves at the end of March.