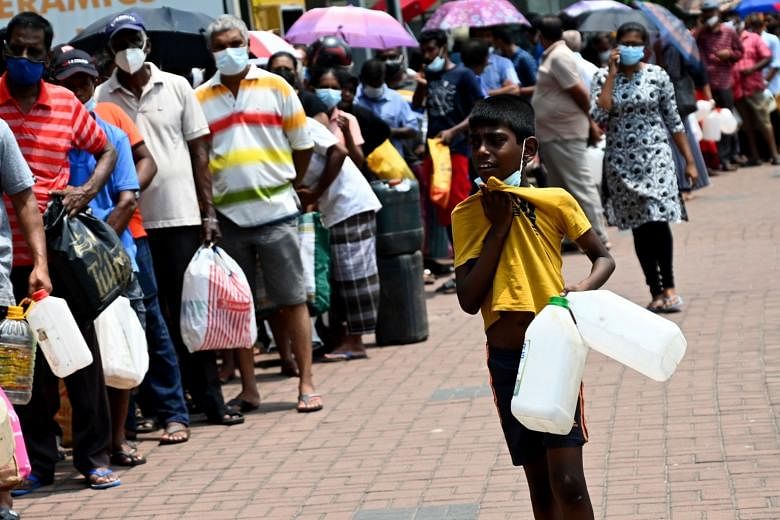 The South Asian nation is suffering its worst economic crisis since independence in 1948, with crippling shortages of essentials and fears it will default on its foreign debt or ask bondholders to take a “haircut” on repayments.

The latest loan was on top of another US$500-million Indian credit line to help its island neighbour buy oil.

Meanwhile, the IMF on Friday confirmed it was considering President Gotabaya Rajapaksa’s surprise request on Wednesday to discuss a bailout.

“We will discuss with the authorities how best we can assist Sri Lanka going forward,” IMF spokesman Gerry Rice said in a statement to reporters in the capital.

Mr Rajapaksa’s announcement that he would go to the IMF – a U-turn from his previous position – increases the likelihood that Sri Lanka will seek to renegotiate some of its estimated US$51 billion in foreign debts.

Mr Rice said the IMF had already highlighted the urgent need for Sri Lanka to implement a “credible and coherent strategy to restore macroeconomic stability and debt sustainability”. Around US$6.9 billion of Colombo’s debt needs to be serviced this year. Its foreign currency reserves stood at about US$2.3 billion at the end of February.

Sri Lanka earlier this year asked one of its main creditors, China, to help put off debt payments, but there has been no official response yet from Beijing.