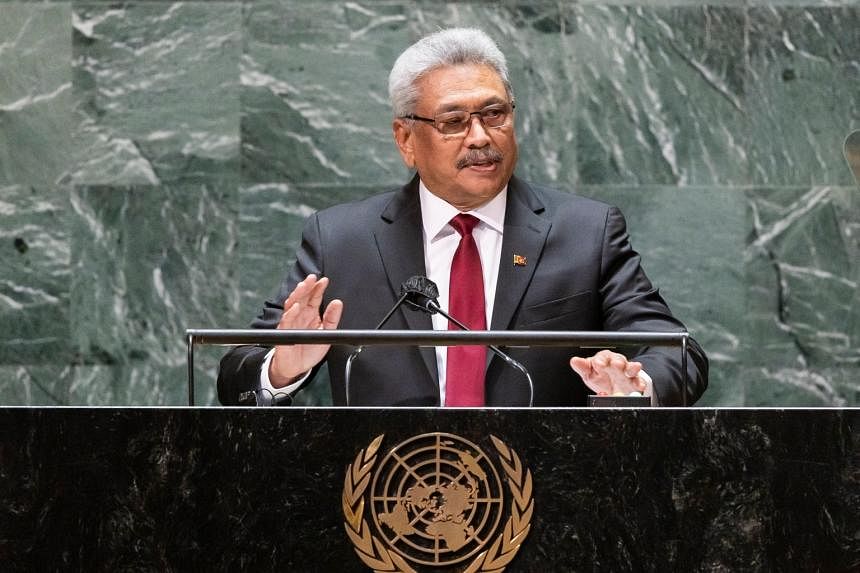 COLOMBO (REUTERS) – Sri Lanka’s President Gotabaya Rajapaksa has informed Prime Minister Ranil Wickremesinghe that he will resign, the prime minister’s office said on Monday (July 11), after tens of thousands of protesters stormed the official residences of both men.

After Saturday’s sweeping protests in the wake of a debilitating economic crisis, the speaker of parliament said Rajapaksa would resign on Wednesday. However, there has been no direct word from Rajapaksa on his plans.

Wickremesinghe has said he would also step down to allow an all-party interim government to take over.

Leaders of the protest movement have said crowds would keep occupying the residences of the president and prime minister in Colombo until they finally quit office.

Colombo, Sri Lanka’s largest city, was calm on Monday as hundreds of people strolled into the president’s secretariat and residence and toured the colonial-era buildings. Police made no attempt to stop anyone.

“We are not going anywhere till this president leaves and we have a government that is acceptable to the people,” said Jude Hansana, 31, who has been at a protest site outside the residence since early April.

“The people’s struggle is for wider political reforms. Not just for the president to leave. This is just the start.”

Another protester, Dushantha Gunasinghe, said he had travelled to Colombo from a town 130km away, walking part of the way because of the fuel crunch. He said he finally reached on Monday morning.

“I’m so exhausted I can barely speak,” said the 28-year-old as he sat on a plastic chair outside the president’s office. “I came alone all this way because I believe we need to see this through. This government needs to go home and we need better leaders.”