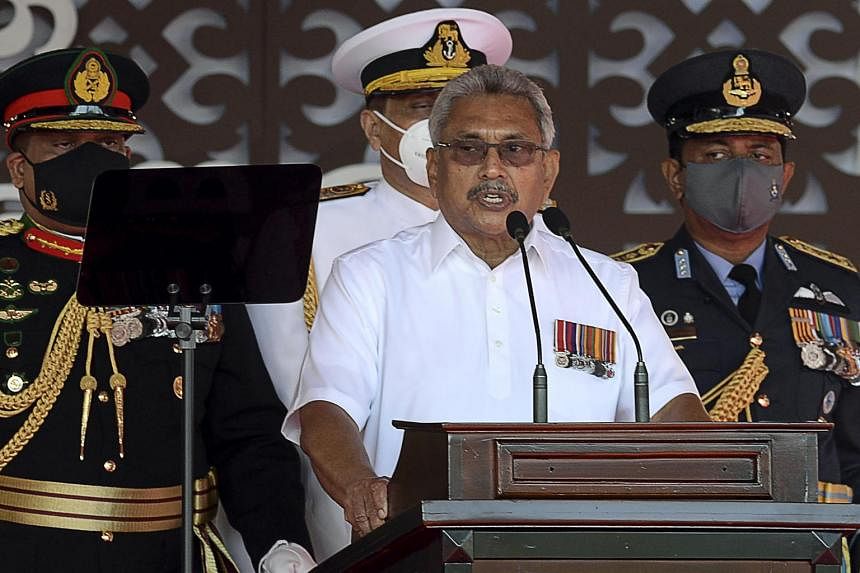 COLOMBO (AFP, REUTERS) – Sri Lanka’s leader dropped two of his brothers and a nephew from his Cabinet yesterday (Mon), following public anger over the ruling family’s mismanagement of a crippling economic crisis and calls for his resignation.

President Gotabaya Rajapaksa has presided over the island nation’s most painful downturn in memory and his government is preparing for imminent bailout talks with the International Monetary Fund.

“Seventeen new cabinet ministers were sworn in before President Gotabaya Rajapaksa at the President’s Secretariat today morning,” a statement from the president’s office said.

Only five members of the previous Cabinet were sworn in again, while most of the other portfolios were allocated to members of the ruling Sri Lanka Podujana Peramuna.

“The Cabinet portfolios held by the President and Prime Minister have not changed,” the statement said.

Dozens of lawmakers have turned against the administration and opposition parties have rebuffed invitations to join a unity government from the President, who insists he will remain in office to guide Sri Lanka through the crisis.

Huge protests have nonetheless demanded Mr Rajapaksa stand down, including tens of thousands of people camped outside his seafront office for more than a week.

Mahinda’s eldest son Namal, who ran the sports ministry and had been touted as a future leader before the crisis, was also dropped.

The 21-member Cabinet is seven people fewer than its predecessor, which resigned en masse two weeks ago in response to public outrage over nepotism and corruption.

Ministers are entitled to several SUVs, a large contingent of bodyguards and unlimited fuel, as well as state housing and entertainment allowances.

New finance minister Ali Sabry led a delegation to Washington over the weekend to open talks with the International Monetary Fund from Tuesday, officials said.

Sri Lanka is seeking three to four billion dollars from the IMF to overcome its balance-of-payments crisis and boost depleted reserves.

Apart from the acute shortages, the country is also facing record inflation and lengthy electricity blackouts, as the government has run out of foreign currency to import fuel.