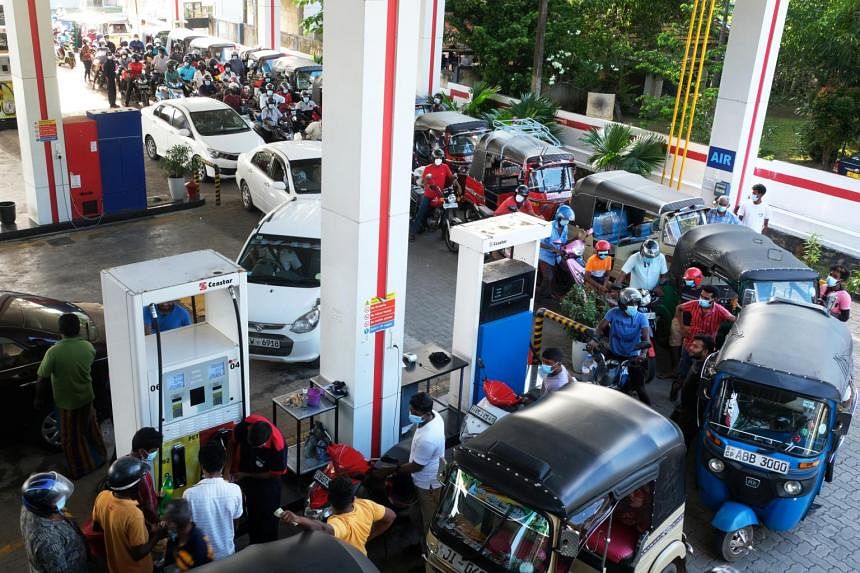 COLOMBO (AFP) – A key fuel retailer in Sri Lanka raised prices by up to 35 per cent on Monday (April 18) as the cash-strapped government was set to open crucial bailout talks with the International Monetary Fund (IMF).

Sri Lanka is in the grip of its worst economic crisis since independence from Britain in 1948. It has led to shortages of fuel, food and essential medicines.

Lanka IOC, a fuel retailer which accounts for a third of the local market, said it raised the diesel price by 75 rupees (S$0.31) to 327 a litre while petrol was increased by 35 rupees to 367 rupees.

The state-run Ceylon Petroleum Corporation, which accounts for two-thirds of the market and imposed fuel rationing last week, did not immediately raise its prices, but most of its pumping stations were without fuel.

Lanka IOC, a local unit of the Indian Oil Corporation, said the sharp depreciation of the local currency forced it to carry out the latest revision, three weeks after a 20 per cent hike.

Since the start of the year, petrol prices have increased by 90 per cent while diesel – commonly used for public transport – has gone up by 138 per cent.

“The rupee devaluation by more than 60 per cent during last one month compelled Lanka IOC to again increase its retail selling prices with effect from today,” the company said.

The increase came as Sri Lanka’s new finance minister Ali Sabry led a delegation to Washington seeking between US$3 billion (S$4.08 billion) and US$4 billion from the IMF to overcome the balance-of-payments crisis and boost depleted reserves.

The government last week announced a sovereign default on its huge foreign debt and the Colombo Stock Exchange announced trading would be halted for five days from Monday amid fears of a market collapse.

Sri Lanka was in a deep economic crisis when the Covid-19 pandemic hit, reducing foreign-worker remittances and crippling the lucrative tourism sector – a key source of dollars for the economy.

The government imposed a broad import ban in March 2020 to save foreign currency. It is now facing record inflation.