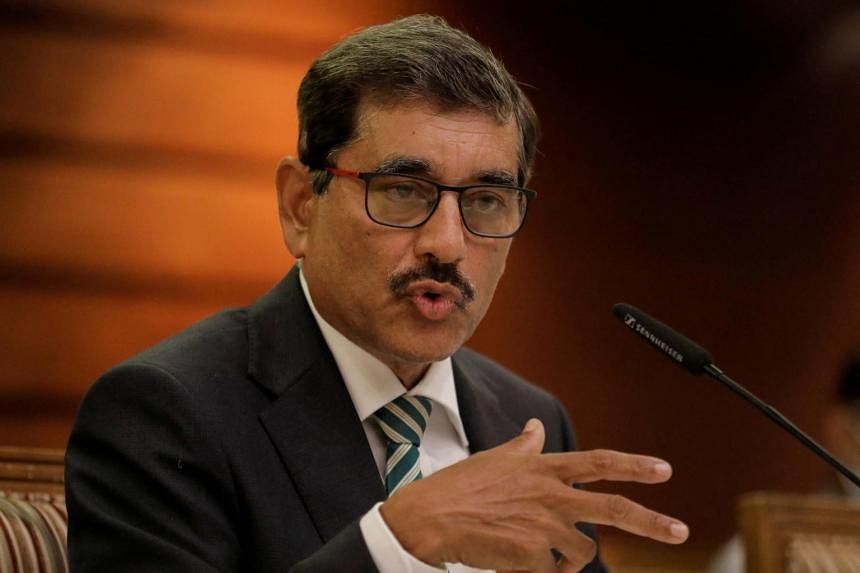 COLOMBO (REUTERS) – Sri Lanka’s central bank governor signalled on Monday (July 11) he would stay in the job but warned that prolonged political instability in the country may delay progress on negotiations with the International Monetary Fund for a bailout package.

Governor P. Nandalal Weerasinghe, who has been holding bailout talks with the IMF since taking office in April, had told reporters in May he could resign if there was no political stability in the island nation of 22 million people that is facing its worst economic crisis in seven decades.

President Gotabaya Rajapaksa plans to resign on Wednesday while Prime Minister Ranil Wickremesinghe has also offered to quit, without specifying a date, to make way for a unity government. Thousands of protesters stormed their residences on Saturday and have vowed to stay put until the two leaders resigned.

“Political instability might delay the progress we have been making so far,” Weerasinghe said of the talks with the IMF during an interview with Reuters in his office, where chants from protesters occupying the president’s house nearby could be heard.

“I would like to have a stable political administration, the sooner the better, for us to make progress, mainly on the programmes we are negotiating with the IMF, bridging finance and also to address shortages of fuel, gas and other things.”

Asked if he would continue to steer the central bank, Weerasinghe said: “I have the responsibility once I have been appointed to serve for (a) six-year term.”

He also said negotiations were on for a US$1 billion (S$1.4 billion) swap with the Reserve Bank of India. Sri Lanka received a US$400 million swap from India in January and US$1.5 billion in two credit lines after that.

“We have made a request for another US$1 billion,” he said, adding the country was also in talks with India for an additional credit line of US$500 million to import fuel.

Since Weerasinghe, 61, took over, the central bank has raised interest rates twice, including by an unprecedented 700 basis points in April, as inflation touched a year-on-year record of 54.6 per cent in June and could soar to 70 per cent in the coming months.

The IMF said on Sunday it was hoping for a resolution to the political turmoil to allow a resumption of talks for a bailout package. The government said last week it would present a debt restructuring plan to the fund by the end of August, in a bid to win approval for a four-year funding programme.

“At technical level we have almost agreed (with the IMF) but at policy level we need a higher-level commitment from a stable administration,” the governor said.

Sri Lanka suspended repayments on about US$12 billion of foreign debt in April and it still had payments of nearly US$21 billion due by the end of 2025.