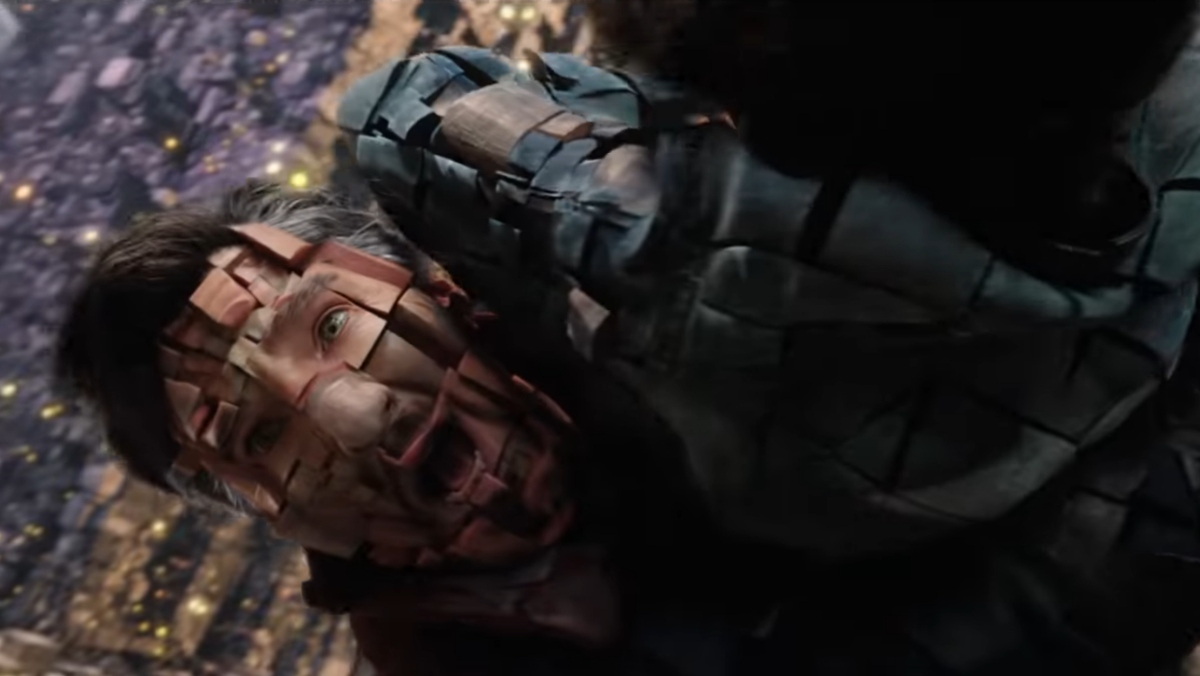 It’s business as usual for Marvel fans as they get to work dissecting the latest Doctor Strange in the Multiverse of Madness trailer, and one blink-and-you’ll-miss-it detail has ignited a theory to blow your mind.

We explore the split-second detail featured in the jam-packed trailer that has sparked theories relating to an X-Men ‘97 dimension.

Directed by the auteur of the first Spider-Man trilogy, Sam Raimi, Doctor Strange in the Multiverse of Madness is said to be Marvel’s first dip into the horror genre and is considered a grand ensemble feature, starring Benedict Cumberbatch, Elizabeth Olsen, Chiwetel Ejiofor, Benedict Wong, Rachel McAdams, and Xochitl Gomez.

The Doctor Strange 2 trailer certainly builds momentum and saves the best content for the climax, including that roof-raising Professor X cameo.

During the sequence where we see the sorcerer supreme and America Chavez tumbling through various multiverses, we cut to a moment when they fall into what is believed to be Savage World – complete with dinosaurs.

Before the scene cuts, we see the Savage Land dimension shatter to reveal an animated dimension existing behind it. If paused at the right moment, you can clearly see an animated world illustrating a road with a traffic cone and beige buildings in the top right corner.

Here’s how the animated dimension links to X-Men ‘97

As if an animated dimension wasn’t enough to raise eyebrows, Marvel fans are now theorizing that this dimension will introduce the upcoming X-Men ‘97 animated series for Disney Plus.

X-Men ‘97 will be a direct continuation of the popular, five-season animated series released in 1997, which provided a stellar introduction to the iconic mutants: Wolverine, Professor X, Cyclops, and more.

Since Multiverse of Madness deals with different character variants from other dimensions, it’s entirely possible that the mutants from the animated dimension could cross over into the MCU.

The trailer showed the sorcerer’s cape become animated when it slipped into that dimension, meaning whatever comes through adapts to the Multiverse it’s in.

This theory is also supported by leaked concept art from Doctor Strange 2, showing Professor X manning his hoverchair from the animated series. It’s plausible that the 1997 version of Professor X will travel from the animated dimension to Strange’s current world, to be portrayed by Patrick Stewart.

This fan is fully on board with the theory that Professor X will come whizzing through the animated realm in his hoverchair.

Another fan believes Doctor Strange 2 will not acknowledge the 20th Century Fox version of Professor X and instead bring Stewart on board as the 90s version.

Additionally, this fan is happy to acknowledge Marvel head Kevin Feige’s respect for the franchise’s media history outside of the Marvel Cinematic Universe.

Doctor Strange in the Multiverse of Madness will hit theaters May 6, 2022.

In other news, Doctor Strange 2’s Rintrah the minotaur is a crucial ally to the sorcerer