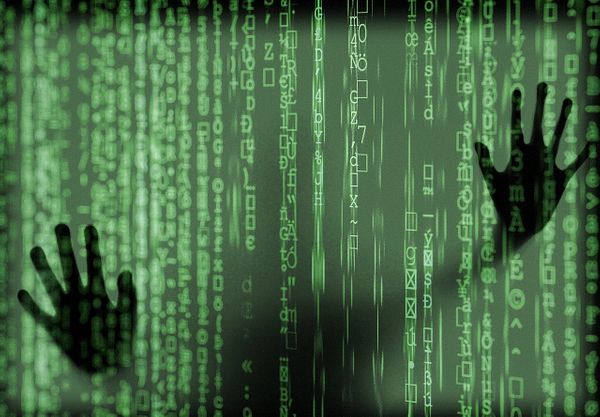 Digital technologies have long been romanticized as facilitators of transcendence beyond the physical, promising higher realms of experience and existence. For instance, in the 2009 movie “Surrogates,” humans connect to idealized versions of themselves, their surrogate robots, and have them live in the real world while the humans stay home, safe from the harms of the physical world. Yet, this raises a question – Why is harm to one’s surrogate not considered harm to the individual?

This question is growing more pronounced as what was once envisioned on the big screen seems achievable with contemporary technologies. The virtual experience is becoming more immersive and sensory, and some ventures, like that of the metaverse, aim to better blend physical and virtual experiences.

The progress in technologies and virtual experiences, including the expansion of the metaverse, will surely enrich the realms of our digital experience. However, as technologies bring about further amalgamation of virtual and physical realms and sensations, the evolving risk landscape in burgeoning virtual spaces will exacerbate and complicate existing inequalities and harms. Women and marginalized communities who face the gendered impacts of online harms, including online harassment, may continue to be disadvantaged if countermeasures against technology-facilitated or online harms are not strengthened.

It is pertinent to understand how these dynamics will translate in Southeast Asia, where the social media penetration rate is high, the gaming is industry is growing, and women are spending a lot of time in digital spaces.

Harms and the (Gendered) Body

Back in 1993, journalist Julian Dibbell outlined a “cyberrape” that occurred in a multi-player computer game called LambdaMOO, where a user controlled one of the avatars into unwanted and violent sexual liaisons through a subprogram. However, then, by legal definitions, no rape had occurred because no court of law had yet defined it as such.

Fast forward to 2021, a beta tester reported being sexually assaulted on Meta’s Horizon Worlds. Sharing her experience in an article, Nina Jane Patel reported being verbally and sexually harassed by three to four male avatars within 60 seconds of joining the platform. Her experience is not an isolated one, as similar experiences have been reported especially by users with female-presenting and female-sounding avatars in other platforms like Population One and Echo VR. These cases put a damper on the promise of a utopian experience and highlight the sobering reality of gendered experiences in digital and emerging spaces.

Ensuring women’s security in virtual spaces and having a deeper socio-technological understanding of harm beyond the physical-virtual dichotomy is imperative, especially amid the pervasiveness of misogyny in virtual spaces. A limited understanding of technology as “transcendental” is premised on the transcendence of the physical, thus perpetuating the downplaying of non-physical harms. Indeed, pre-dating the “embodied internet,” there has been a misconception that online abuse is less real and less dire because it happens behind a screen – a fallacy known as “digital dualism,” popularized by media theorist Nathan Jurgenson.

However, the consequences of digital abuse and violence include economic impediments due to damaged reputations, emotional and psychological trauma, spilling over to harms like physical threats and stalking. As far back as 2015, a report by U.N. Women called for urgent action to combat online violence against women, highlighting the impact of online abuse against women as having potent and real consequences. A U.N. Women Report published five years later, in 2020, still highlights how state interpretations of “violence as a criminal offense” tend to put more weight on “grievous physical and sexual harm, and trivializ[e] non-grievous harm, including violence occurring in online spaces.”

The conception of protection from harms in virtual spaces is also informed by the “physical.” Following warnings of increased virtual harassment, Meta announced an update to Personal Boundary measures on their site. The update establishes a roughly 4-foot distance between avatars by default for non-friends, applying the concept of personal space to virtual reality. Through the Personal Boundary, Meta also aims to set behavioral norms when it comes to interaction in virtual spaces. In effect, this is an example of borrowing solutions from physical realms of interaction for the virtual world, reflecting the need for approaches that consider the complexity of the cyber subject and of cyber harms.

As many grapple to conceptualize harms across the physical-virtual spectrum, technological developments continue to obfuscate the separation between the two – that is, if there was ever a separation. There is research in progress to elevate the sense of sight, touch, and sound in virtual spaces via gadgets such as, for instance, haptic gloves, creating new avenues for malicious actors to leverage. Such advancements further problematize the mind-body dualism present in earlier concepts of online harm, where some considered the virtual a “civilization,” free from the limitations and harms of the physical world. Studies have already shown that some users have embodied experiences through their avatars as they project their psyches onto their digital representations. The implication of this is clear: Harm to an avatar can be intensely traumatic for its user.

On the other hand, even in cases where anonymity is leveraged, gender-identity markers may persist in various forms, signaling that the gendered body may not disappear in digital spaces in every case, but instead be recontextualized and reconstructed. In the absence of physical cues, misogyny can be redefined in online spaces, where researchers Susan Herring and Sharon Stoerger found that “verbosity, assertiveness, use of profanity, (im)politeness, typed representations of smiling and laughter, and degree of interactive engagement” may insinuate a certain gender. This casts doubt on the possibility of fully transcending gender when it comes to interaction in digital spaces.

Southeast Asia has seen a rise in online misogynistic abuse since the pandemic. The countries in the region must strengthen protections against online harms, particularly harms with gendered impacts. And they need to do so fast, to mitigate the risks that emerge with technological advancements.

The mid-term review of the ASEAN Regional Plan of Action on the Elimination of Violence Against Women (ASEAN RPA on EVAW) acknowledged that some countries in the region have expanded their legal levers to respond to online harms, including harassment. For instance, the Safe Spaces Act of the Philippines takes a gendered approach against sexual harassment in public spaces including cyberspace. In Singapore, the recognition of harm beyond the physical, as behavior that “harasses, alarms or distresses” a victim, in the Protection from Harassment Act (POHA) may provide legal recourse for women who suffer online harassment.

However, the report also reflected that cyberviolence remains under-addressed and legislative efforts to curb online violence against women require continual attention. Policy and legal moves to incorporate online harms need to be coupled with a revisit of the concept of harms in a gender-sensitive and inclusive manner. The steps taken on this front must be closely studied to understand what falls within and outside of their coverage.

Already, researchers have witnessed grooming, sexual material, racist slurs, and rape threats in the metaverse, and more harms will definitely be uncovered with time. Whether surrogate robots or the metaverse, technologies are an extension of reality, and naturally, they reproduce existing biases and inequalities. Amid the dawn of newer technologies, it is important to develop new understandings of harm centered on gendered experiences online. More fundamentally, a long-term solution demands attention to underlying misogyny, and this requires revisiting gender relations in all aspects of society across physical and virtual realms of interaction.