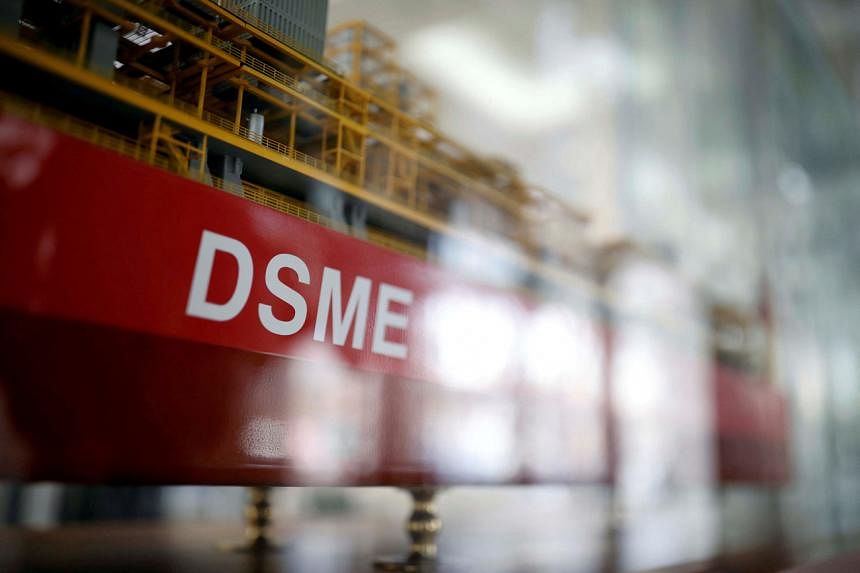 Mr Yoon’s remarks come amid heightening tensions at DSME’s shipyard near the south coast city of Geoje, where some 100 DSME sub-contractors launched a strike late in June and occupied the shipyard’s main dock, demanding a 30 per cent pay raise.

The company, the country’s third-biggest shipbuilder, has said the dispute had cost it more than US$400 million (S$560 million) by mid-July.

“Illegality should not be… tolerated”, Mr Yoon said.

Regarding possible government intervention to end the strike, he answered that people and the government “have waited long enough”, Yonhap reported.

Finance Minister Choo Kyung-ho said on Monday the occupation is “outright illegal” and it will be met with a “stern response based on law and order”.

DSME said the siege has halted production and delivery of new vessels, costing the firm 26 billion won (S$27.6 million) a day and resulting in an accumulated loss of about 570 billion won as of July 14.

The shipbuilder, which had won orders for 18 liquefied natural gas (LNG) carriers this year, told Reuters this month the strike threatens its operations as the company is already short of thousands of workers, mostly welders, who had left the industry when orders were slashed during the Covid-19 pandemic.

The occupation also threatens the livelihood of some 100,000 workers of DSME and its partners, the company said in a previous statement.