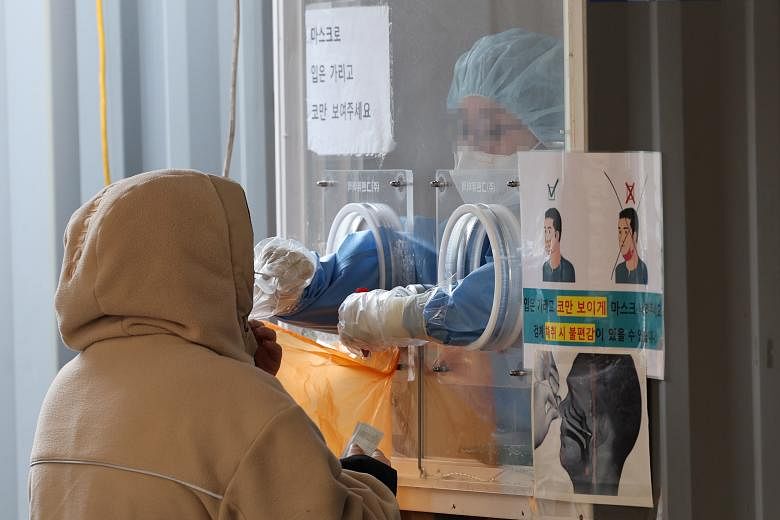 The Korea Disease Control and Prevention Agency reported 8,571 cases for Monday, exceeding the previous high posted in mid-December of 7,848.

The new record came amid the spread of the more transmissible but less deadly Omicron variant, which became dominant in the country last week, and despite less testing over the weekend.

Daily tallies had almost halved to around 4,000 this month but began rebounding last week because of Omicron infections, logging their second-highest level on Saturday.

The surge fuelled worries over a potentially bigger wave ahead of the Lunar New Year holidays, when tens of millions of Koreans usually travel across the country for family visits.

Prime Minister Kim Boo-kyum issued a special statement on Monday to plead for people to refrain from travel and gatherings during the break, which starts on Saturday.

“It is no different to adding fuel to the raging flames if many people move around the country and meet each other,” he told a briefing.

South Korea has recorded 733,902 Covid-19 infections and 6,540 deaths, KDCA data showed, although nearly 95 per cent of adults have been fully vaccinated and more than half have received a booster shot.

South Korea has largely been a Covid-19 mitigation success story, with 749,979 total infections and 6,588 deaths among its 52 million population.

More than 95 per cent of South Korean adults have been fully vaccinated and nearly 58 per cent have received a booster shot, KDCA data showed.