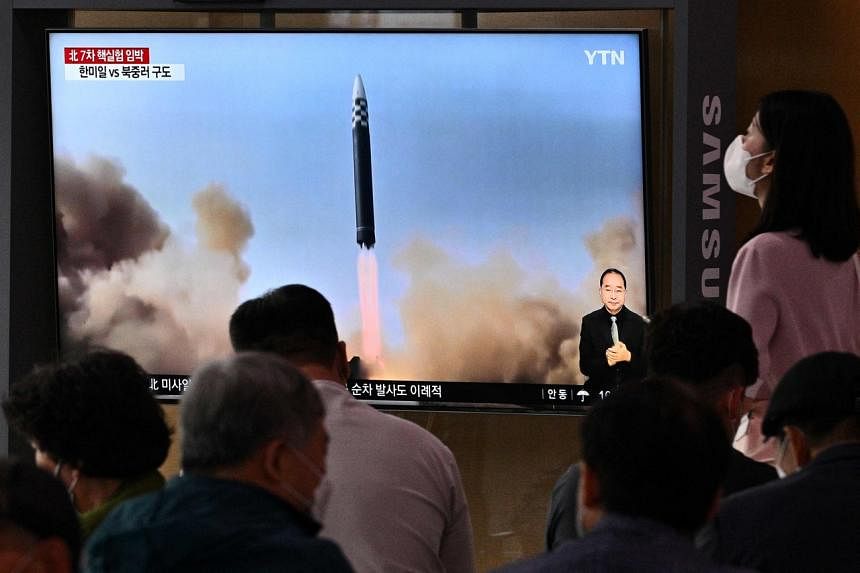 SEOUL (REUTERS) – South Korea’s military said on Sunday (July 10) that it had detected the trajectories of what appeared to be shots fired by North Korea, potentially from multiple rocket launchers (MLRs).

South Korea’s Joint Chief of Staff announced that the shots were detected after 6pm (5pm, Singapore time), and that the military has strengthened surveillance and alert levels, without mentioning any further response.

North Korea often test-fires MLRs during military drills. In recent years, it has also developed larger versions of such rockets.

Smaller rockets and missiles are seen as central to North Korea’s plans for striking targets in South Korea in the event of a conflict.

This year, North Korea has test-fired a range of missiles, including from its largest intercontinental ballistic missile to its small MLRs. All are banned under United Nations Security Council resolutions that have imposed sanctions on North Korea’s missile development.

A large part of the area surrounding the capital Seoul is home to about half the country’s population of 52 million, and is within range of North Korea’s long-range guns and multiple rocket launchers.

The United States stations around 28,500 troops in South Korea, where they train alongside South Korean troops to counter the North.

The allies have conducted missile drills of their own in response to some of North Korea’s previous launches.