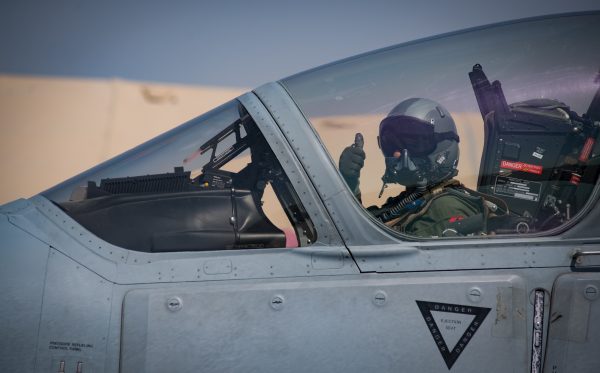 In a classified January 2021 report, SIGAR warned that the Afghan air forces were unsustainable without continued U.S. support. The newly declassified report explains why.

In January 2021, the U.S. Special Inspector General for Afghanistan Reconstruction issued a classified report warning that the sustainability of Afghanistan’s Air Force was contingent on continued U.S. support. The declassified version of the report released this week offers a valuable window into the period before the U.S. withdrawal from Afghanistan, particularly what U.S. officials knew about the Afghan forces they were leaving behind.

In 2019, NATO’s Resolute Support mission shifted focus from training to increasing long-term sustainability of the Afghan Air Force and Special Mission Wing. As the SIGAR report lays out: “Sustainability requires the recruitment, training, and retention of qualified personnel in all areas of the air forces, including pilots, maintainers, and personnel in support positions such as general engineering, human resources, and financial management.” It was primarily in the latter areas, support positions, that development was insufficient.

SIGAR noted that U.S. advisers did not believe that the Afghan Air Force or Special Mission Wing “have the ability to sustain themselves without continued advisor and [contractor logistic support] assistance.”

One reality exposed by the report is that while the United States focused on training pilots and maintainers, the majority of a modern air force’s personnel are not on the runway. These are people who fulfill functions from intelligence to logistics, communications to safety, medical to budget and oversight. The prioritization of the recruitment and training of pilots and maintainers, “in order to meet the personnel levels necessary for combat operations and aircraft modernization,” SIGAR writes, was accompanied by a lack of priority for the recruitment and training of support personnel. So, while Afghan Air Force and Special Mission Wing staffing already fell short of authorized levels, there was a struggle to fill vital non-aircrew positions.

The SIGAR report also foreshadowed future difficulties for the Afghan air forces given that so much of their training was predicated on support from and cooperation with the United States. The role of contractors gets special attention, as well it should. As the United States moved toward withdrawal, a Department of Defense Inspector General Report noted that the mission had transitioned from training to “security cooperation.” SIGAR put it more bluntly: “The change means that, rather than tactical training and advising, [Train, Advise, Assist Command–Air] will instead focus on managing a portfolio of Afghan Special Security Forces -funded contracts.” In other words, the U.S. went from training to contract management.

Overreliance on contractors comes with a host of issues: providing security for contract employees and ensuring oversight of contracts to make sure that what is promised and paid for is delivered. Both challenges were overshadowed by the terms of the U.S.-Taliban February 2020 deal, which agreed to the withdrawal of all non-diplomatic civilian personnel, including contractors.

Of course, many of these concerns were overtaken by events. With the collapse of the Afghan government in August 2021 and the flight, literally, of much of the Air Force and Special Mission Wing to neighboring countries, we’ll never know how the U.S. government planned to address the looming collapse of the Afghan air forces without continued support (or whether the U.S. planned to negotiate to provide that support). The awareness that the Afghan air forces were unsustainable without U.S. support perhaps influenced the wavering leadership experienced by Afghanistan’s pilots in the face of the Taliban’s advance.

The initial classified report was released in January 2021, a few months before U.S. President Joe Biden revealed his decision to withdraw the U.S. fully by September 11, 2021. SIGAR told The Associated Press that it rare for SIGAR reports to be classified but when they are, a declassified version is issued by the Pentagon in under two months. It’s unclear why the report took so long to be declassified, but reading it peels back another layer of baseless optimism about the sustainability of the Afghan security forces.