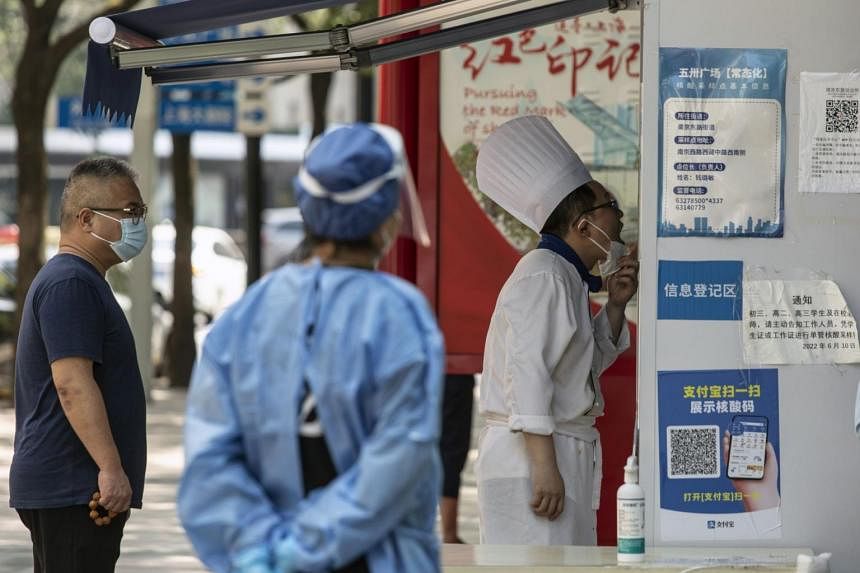 SHANGHAI (REUTERS) – A district in China’s financial hub of Shanghai has ordered a three-day lockdown of some of its steel warehouses from July 26 after a residential neighbourhood in the district was classified as high risk following the detection of a coronavirus case there.

Three out of six warehouses in the Baoshan district that Reuters contacted said they were required to enter a “closed-loop” system with no staff or materials allowed in or out of the warehouses. Operations inside the warehouses, however, are running normally.

“It’s like quarantine, we are not allowed to leave the warehouses. Steel can’t be transported in or out, but we still work and we have food stored in advance,” a worker at one of the warehouses in Baoshan district told Reuters, who did not identify himself as he was not authorised to speak to the press.

The other three warehouses said their goods were able to be transported as usual, but a negative Covid-19 test result within 24 hours is required for people to enter or leave the premises.

A spokesman for Baoshan Iron & Steel Co, the listed unit of the world’s top steelmaker China Baowu Steel Group, told Reuters on Wednesday they had not received any guidance to lock down their warehouses in Shanghai, and all operations were normal.

Shanghai, China’s most populous city, lifted a harsh two-month lockdown in June but has registered double-digits daily cases in recent weeks. It has since launched testing drives in some of its districts, and now requires residents to continue testing at least once a week until the end of August.

China’s number of local daily infections is small compared with other parts of the world, but the world’s second largest economy is adamant about implementing its zero Covid policy of eliminating outbreaks as soon as they emerge.