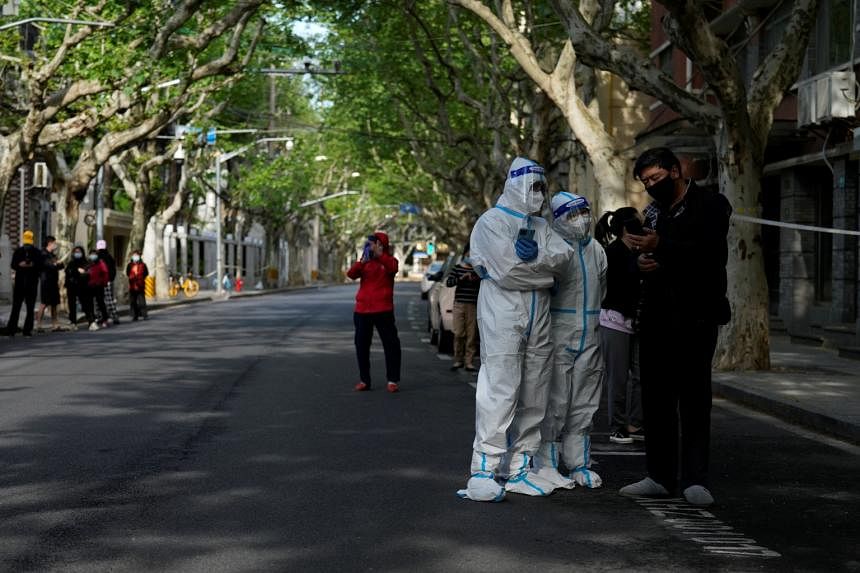 SHANGHAI (BLOOMBERG, REUTERS) – The Chinese financial hub of Shanghai said three people infected with Covid-19 died on Sunday (Apri17), the first time during the current outbreak that it reported deaths among coronavirus patients.

They were aged between 89 and 91 and all had underlying diseases.

The newly reported deaths are the first since two people died in mid-March in the northeastern province of Jilin.

Those deaths were the first Covid-19  fatalities in more than a year in China, where a strict zero tolerance approach contained the virus until the more infectious Delta and Omicron variants emerged last year.

Suspicions had been growing about potential coronavirus-related deaths, particularly among the elderly, before the announcement.

Two elderly-care facilities in Shanghai have been battling outbreaks triggered by the Omicron variant, and fatalities have occurred, according to the Wall Street Journal, Caixin and other local media.

Until now, no deaths have been reported officially.

The Omicron variant has surged through the population, infecting everyone from a newborn who was just 10 days old to someone nearing 100, according to the Shanghai Municipal Health Commission.