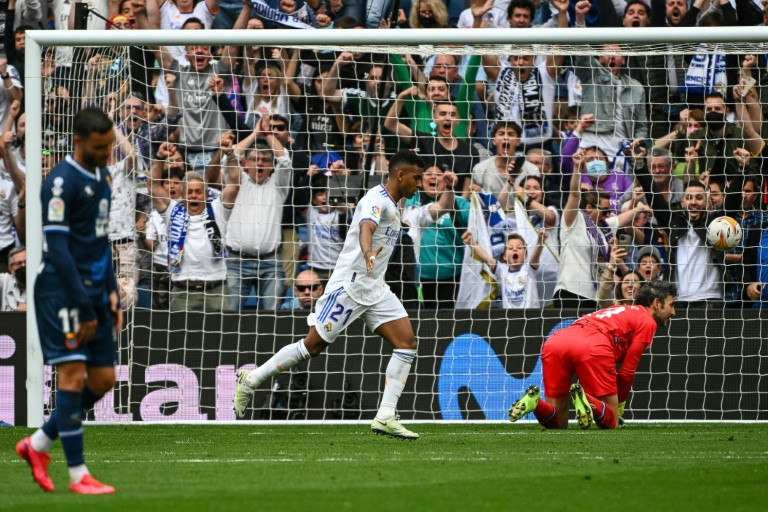 It was a bittersweet moment for Real Madrid captain Marcelo, who was tasked with the duty of spearheading the celebrations at the Plaza de Cibeles when the club won its 35th La Liga title on Saturday. He thanked former captain Sergio Ramos who had trained him well for the Cibeles ritual.

The Real Madrid players paraded through town from the Santiago Bernabeu to the Plaza de Cibeles on top of the team bus with the La Liga trophy on display. A massive crowd was waiting for them around the fountain, where the Goddess sat in her chariot. After greeting the supporters, Marcelo was escorted by his teammates as he made his way up a makeshift platform to reach the statue. He wrapped her with the team flag and scarf before pumping his fist in triumph.

It was a familiar yet very different sight for Madridistas, who had gotten used to seeing Ramos up there many many times in recent years. This time, Marcelo was by his lonesome. However, Ramos was on his mind. “It’s something wonderful, it’s very nice. To do this is to go into the history of Real Madrid, the best club in the world. I want to thank Sergio Ramos who took me up there once,” he said, giving a nod to his former teammate who joined PSG last summer.

“This is for the fans, we won LaLiga [Santander] two years ago and we couldn’t celebrate,” added Marcelo, referring to the title won in 2020 amid muted celebrations due to the height of the novel coronavirus pandemic. At the time, fans were not present in the stadium, and they were forbidden from gathering at the Cibeles.

Meanwhile, Ramos was one of the first players to congratulate Real Madrid after the 4-0 victory against RCD Espanyol that sealed the title. He took to social media to greet his former club.

Ramos celebrated a title victory himself just a few days ago, with PSG winning the Ligue 1 trophy. However, he did not hesitate to express his solidarity with his former club as well.

Now, Los Blancos will rest before they prepare to launch a comeback against Manchester City on Wednesday. They are heading into the second leg of the Champions League semi-finals with a 3-4 deficit to the Premier League side.

“Today is a day to celebrate,” Marcelo said. “But we know that we have an important match ahead of us, it’s okay if we celebrate well today.”