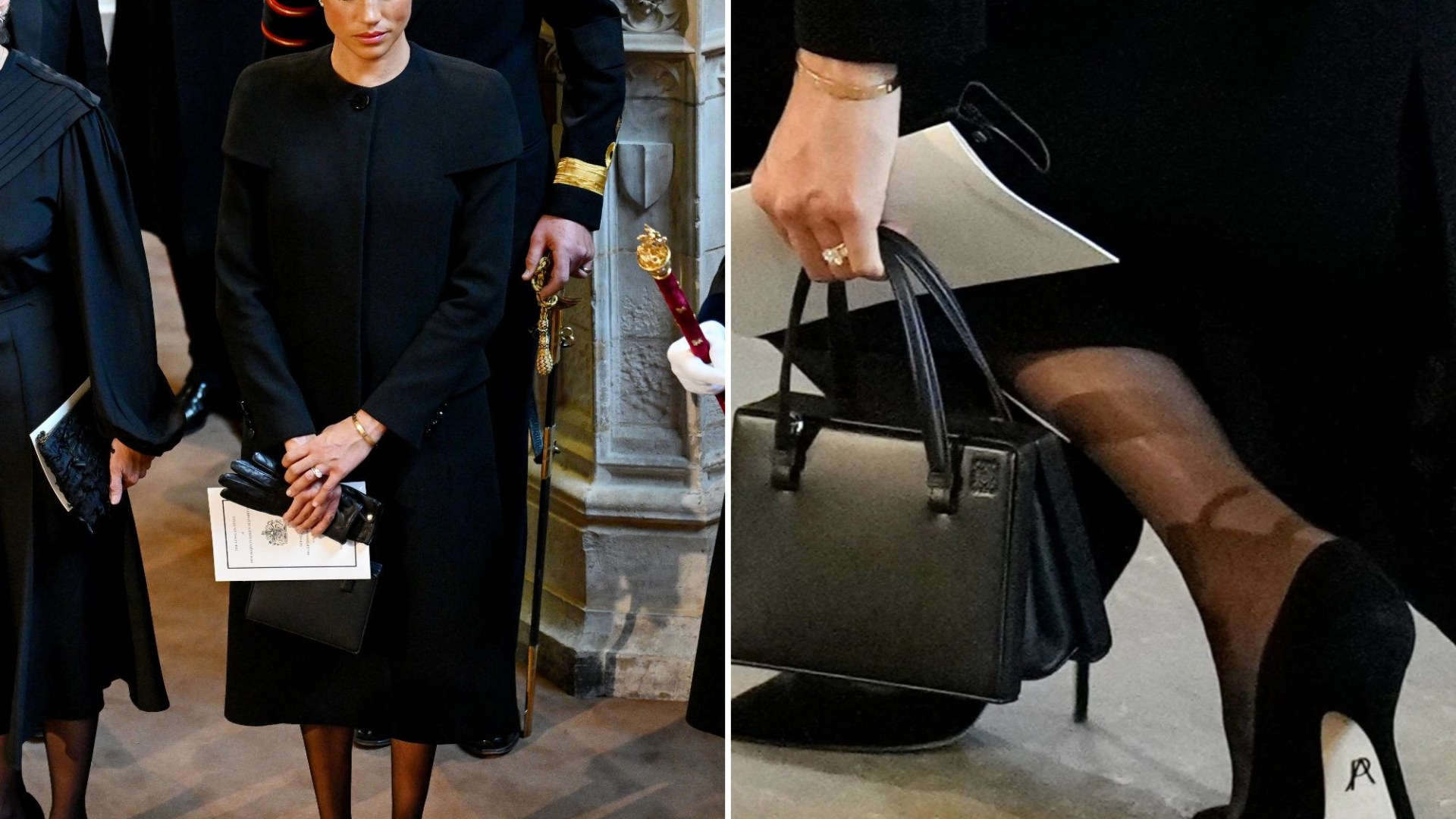 AS soon as she steps out, royal fans desperately try to find out just where she got her outfit from.

And that was the case when Meghan Markle joined husband Prince Harry and his family at the Palace of Westminster this week to mourn the death of Queen Elizabeth II.

She was dressed head to toe in black, but it was the symbol on her shoes that caused a stir online – with people keen to find out just what it meant.

As she curtseyed to the Queen’s coffin on the way out of the service, the symbol was clearly visible, with fashionistas recognising it as the mark of high-end fashion designer Paul Andrew.

The symbol features a P and A written over the top of each other, and it’s believed Meghan was sporting Andrew’s Pump it Up heels – which she wore for a royal engagement in Ireland a few years ago.

And while it’s unclear just how much Meghan’s heels were, similar shoes in Paul’s collection sell for around £600.

Paul worked with designers at Calvin Klein and Alexander McQueen before launching his eponymous women’s footwear line in 2012.

“My design philosophy has always been toe-to-head,” Andrew previously explained in an interview with The National News.

“Create a strong structure and then build upwards upon it.”

Royal fans are sure to be watching closely to see what designers Meghan chooses to wear in the coming days, ahead of the Queen’s funeral on Monday.

Prince Harry will be attending a 15-minute vigil at Westminster Hall, where the Queen lies in state, this Saturday.

And he’s expected to be in his military uniform for the event, after reportedly being given special permission by his father King Charles to wear it for the occasion.

Harry lost his military titles when he and Meghan stepped down from their positions as senior members of the Royal Family.

He had to wear a morning suit at the ceremonial possession on Wednesday.