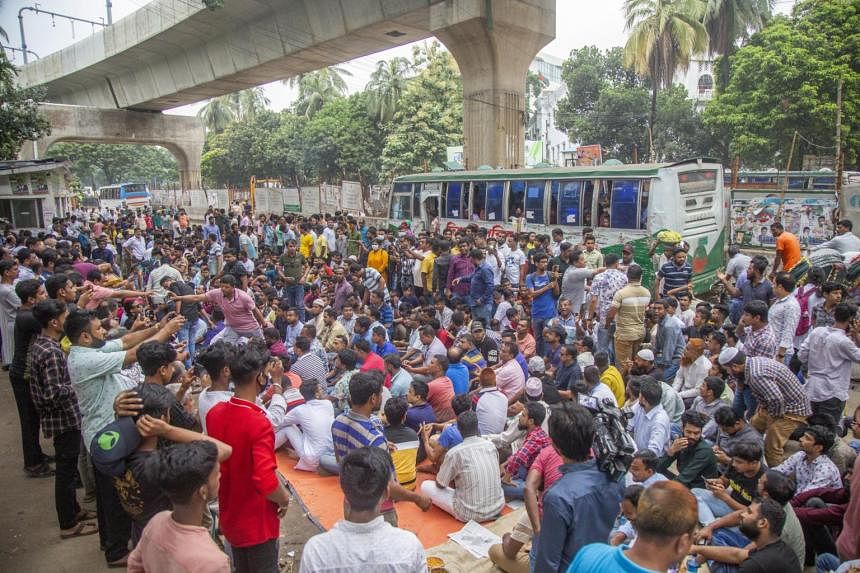 DHAKA (AFP) – A student leader from Bangladesh’s main opposition party died on Wednesday (Aug 3), three days after he was shot when police fired on protests over power rationing, police and the opposition said.

Nure Alam, 32, was shot when police “attacked a peaceful protest” by the Bangladesh Nationalist Party (BNP) on the southern island of Bhola on Sunday, Sairul Kabir Khan, a BNP spokesman, said.

“Police used batons on our activists and then they opened fire and one of our party officials was shot dead on the day. Thirty activists were injured. One of them died in a Dhaka hospital today. He was also shot,” Khan said.

Khan said thousands of BNP activists staged the demonstrations, protesting against power cuts imposed by the government as part of sweeping austerity measures.

Ten officers were wounded, including one who was shot, with BNP supporters also taking several officers hostage, Islam said.

The party has rejected the charges as false.

“In all 10 people were arrested,” he told AFP, confirming the death of the second BNP man.

The BNP also called a strike on the island on Thursday.

The protests came as the South Asian nation experiences lengthy blackouts, sometimes for up to 13 hours a day, as utilities struggle to source enough diesel and gas.

Last week Dhaka asked the International Monetary Fund for support in riding out a financial shock triggered by volatile energy prices after the Russian invasion of Ukraine.

Tens of thousands of mosques around the country have been asked to curtail the use of air conditioners to ease pressure on the electricity grid, with power shortfalls compounded by a depreciating currency and dwindling foreign exchange reserves.

Local newspaper the Daily Star reported that Bangladesh was seeking $4.5 billion from the Washington-based lender following a recent visit to the country by its representatives.

Officials said the government had rolled out other measures in addition to electricity rationing, including import curbs and cuts to development spending.

Diesel power plants across the country have been taken off the grid, while some gas-fired plants are also idle.