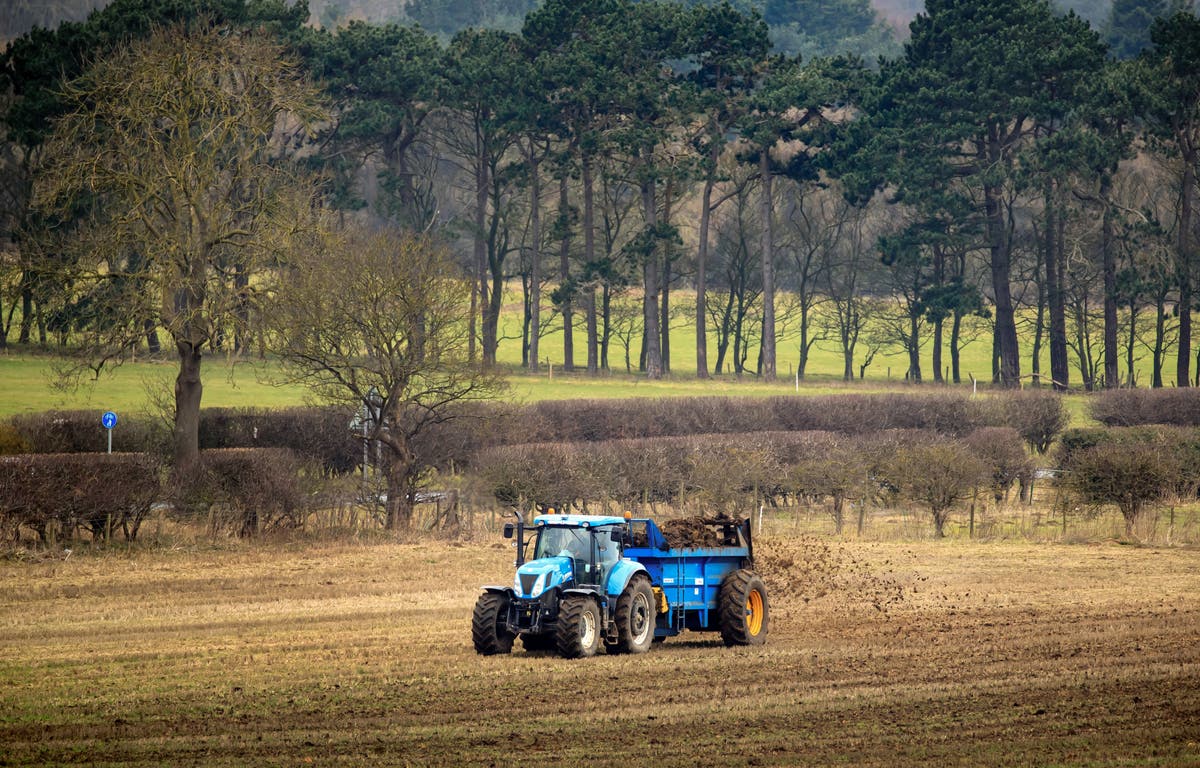 Tensions in Russia and Ukraine have revealed a risk to the UK’s food supplies, with soaring costs and post Brexit in-fighting helping to create a “perfect storm”, a farming chief has warned.

The two sparring countries provide 30 per cent of the world’s wheat exports, and a recent temporary block on fertiliser chemicals exported by Russia saw prices more than double.

Minette Batters, president of the National Farmers’ Union (NFU), said that warnings about UK food security had gone unheeded for years, but now had to be taken seriously by the government.

“I cannot understand why you would not treat food security as importantly as defence,” she told The Independent. “The quickest way to create a serious issue [for a country] is if you have food shortages.”

Russia imposed a two-month block on exports of ammonium nitrate this month, Ms Batters said, a key tool for boosting yields from crops such as wheat and cotton.

The move has driven up global fertiliser costs, which had already risen following sanctions on Belaruskali, Belarus’s biggest potash supplier, imposed by the US, UK and others last year.

Belarus and Russia account for 38 per cent of the global supply of potash, according to figures compiled by the Canadian government.

Farmers’ profit margins have been decimated by the uptick in fertiliser prices, in addition to higher energy bills, increased labour costs, and global supply-chain disruption.

Ms Batters said: “Last year I paid under £300 a tonne for nitrogen fertiliser; this year it’s over £700 a tonne. [Russia and Ukraine] know exactly how much the world is reliant on them for natural gas and fertiliser.”

Ms Batters’ warning came as the World Bank and other multilateral agencies warned of rising global food prices and insecurity, with inflation on agricultural products going up by 25 per cent in January 2022, compared to the same month in 2021.

She said the problems were compounded by post-Brexit changes to trade and agricultural policy, which are threatening to put many farmers out of business: “Agriculture seems to be the pawn in trade deals. So I think it is a perfect storm.”

She added that although there were “people in government who seem to get this”, such an understanding “doesn’t come from the prime minister”.

“All you hear is this rhetoric around putting land aside for nature, ‘build back beaver’; this is a very frustrating adversarial approach between setting land aside and producing food,” explained Ms Batters. The result, she said, is that food production “just doesn’t seem to get cut-though at the moment”.

“The recent energy price crisis should be a salutary warning of the potential risks to the availability and affordability of food if the UK becomes even more reliant on food imports,” Sir Geoffrey said.

The problem of food security has been laid bare during the Covid-19 pandemic. Several countries put up barriers to stop food exports as well as medical products, according to Simon Evenett, economics professor at the University of St Gallen in Switzerland and author of the Global Trade Alert.

Costs are also rising for consumers, with Tesco warning that prices are likely to rise at a rate of around 5 per cent in the coming months.

“At the moment, the consumer here is getting a better deal than anyone in the world, unless you happen to be living in some states of the US or Singapore. We’ve got the most affordable food in European here right now,” he said.

But that is in large part because the UK has managed to remain 60 per cent self-sufficient for food production, something that is now under threat.

A Defra spokesperson said the government was taking a “test and trial” approach to new subsidies for the agricultural sector at present.

They added: “We continue to champion food production, but some land-use change is inevitable if we are to restore 300,000 hectares of land to nature. However, this is only a relatively small proportion of more than 9 million hectares of farmland in England.”