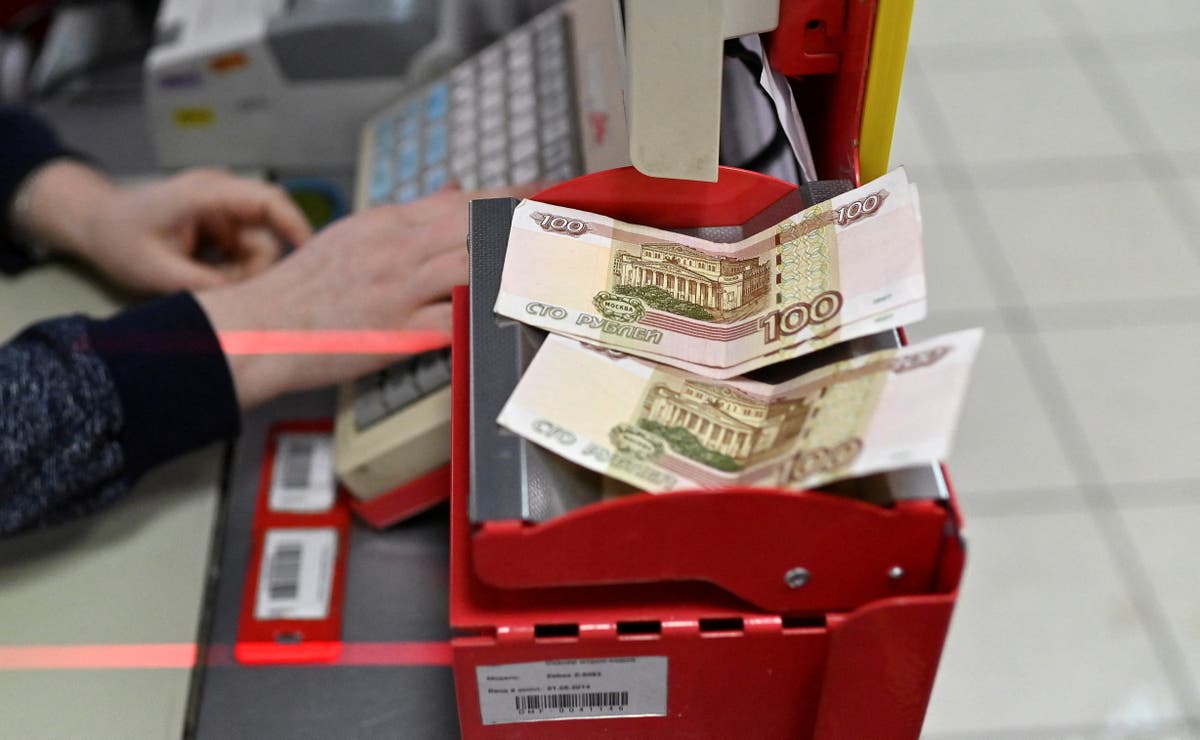 Russia may be in default because it tried to service its dollar bonds in roubles, Moody’s said on Friday in what would be one of the starkest consequences to date of Moscow’s exclusion from the western financial system since President Vladimir Putin’s invasion of Ukraine.

If Moscow is declared in default, it would mark Russia’s first major default on foreign bonds since the years following the 1917 Bolshevik revolution, though the Kremlin says the west is forcing a default by imposing crippling sanctions.

Russia made a payment due on 4 April on two sovereign bonds – maturing in 2022 and 2042 – in roubles rather than the dollars it was mandated to pay under the terms of the securities.

Russia “therefore may be considered a default under Moody’s definition if not cured by 4 May, which is the end of the grace period”, Moody’s said in a statement on Thursday, adding: “The bond contracts have no provision for repayment in any other currency other than dollars.”

Moody’s said that while some Russian eurobonds issued after 2018 allow payments in roubles under some conditions, those issued before 2018 – such as those maturing in 2022 and 2042 – do not.

“Moody’s view is that investors did not obtain the foreign-currency contractual promise on the payment due date,” Moody’s said.

The Russian finance ministry did not respond to a request for comment on Friday. Finance minister Anton Siluanov told the Izvestia newspaper earlier this month that if Russia is forced into a default, it will take legal action.

Before Putin’s 24 February invasion of Ukraine, Russia was rated as investment grade. But its sovereign bonds have become a target in what the Kremlin says is an economic war waged by the United States.

Russia in 1998 defaulted on $40bn in domestic debt and devalued the rouble under President Boris Yeltsin because it was effectively bankrupt after the Asian debt crisis and falling oil prices shook confidence in its short-term rouble debt.

In 1918 Bolshevik revolutionaries under Vladimir Lenin repudiated Tsarist debt, shocking global debt markets because Russia then had one of the world’s biggest foreign debt piles.

This time, Russia has the money but can’t pay because the reserves – the world’s fourth largest – that Putin ordered be built up for just such a crisis are frozen by the US, the European Union, Britain and Canada.

As Russia could not and would not borrow right now, a default would be largely symbolic, marking the tumultuous finale to its post-Cold War attempt to integrate into the west’s financial architecture.

While Russia has only $40bn in international bonds outstanding across 15 dollar or euro-denominated issues, its corporates have built up vastly more foreign debt.

The US Treasury this month halted Russia’s ability to use foreign currency reserves held by the Russian central bank at US financial institutions to pay its debt.

The Kremlin says the west has already defaulted on its obligations to Russia by freezing its reserves, and that it wants a new system to replace the Bretton Woods financial architecture established by western powers in 1944.

S&P earlier this month lowered Russia’s foreign currency ratings to “selective default” on increased risks that Moscow will not be able and willing to honour its commitments to foreign debtholders.

Russia’s economy is heading for the worst contraction since the years following the 1991 fall of the Soviet Union, with soaring inflation and capital flight.