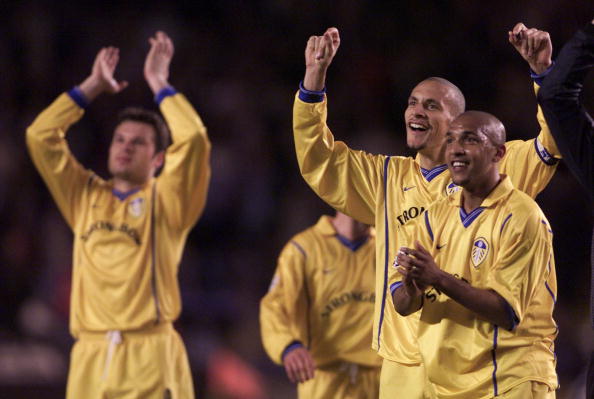 Speaking on his YouTube channel, Rio Ferdinand has been discussing Arsenal’s hopes in the Champions League next season if they qualify for the competition.

Given their current league position, form and games in hand, the Gunners are the favourites for that fourth spot in the Premier League, and they could be playing Champions League football for the first time in five years.

If the Gunners do head into the UCL, they will be going into the competition with a very inexperienced squad at that level.

However, Ferdinand believes that this could play into Arsenal’s hands and they young players’ fearlessness and drive could see them emulate Leeds United’s Champions League run in 2001.

“They could be like my Leeds team that I played in. They got to the semi-finals, at Leeds there was no experience in the Champions League, but they beat Barcelona, beat big teams and got to a semi-final,” Ferdinand said.

Ferdinand says that Arsenal could be like the Leeds team of the early 2000s, but we think a more apt comparison could be the 2017 Monaco team.

That side, managed by Leonardo Jardim had a number of unpolished young gems such as Bernardo Silva, Kylian Mbappe, Fabinho and Thomas Lemar, and they all burst onto the scene in that year’s competition.

There’s no reason why the likes of Emile Smith Rowe, Bukayo Saka, Gabriel Martinelli, Ben White and Aaron Ramsdale couldn’t do the same in next season’s competition.

These players are talented enough to give any team a run for their money, and if they turn up in the Champions League, Arsenal could go deep in that competition.

In other news, Manager of first-placed club says he is confident of securing on-loan Tottenham star permanently