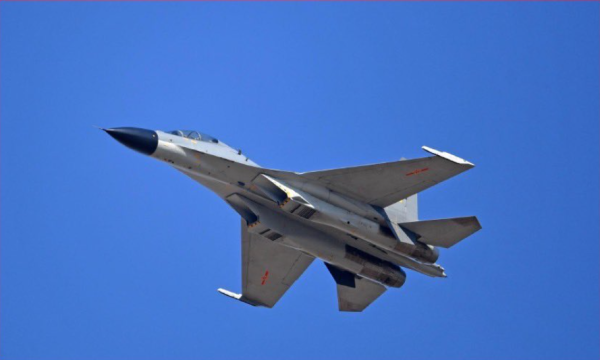 A preoccupation with showing resolve has long been hard-wired into U.S. foreign policy. But conspicuous restraint would reinforce the United States’ position as a responsible power – and head off an escalating crisis.

In visiting Taiwan, U.S. Speaker of the House Nancy Pelosi intended to signal U.S. resolve – that even in the face of Beijing’s threats, the United States “will not abandon our commitment” to the island democracy. For its own part, China has vowed to respond with “strong and resolute measures,” punishing Taiwan economically through import bans and menacing it militarily with provocative live-fire exercises in the waters around Taiwan. These reprisals may in turn create pressure for Washington to make some additional show of resolve, lest inaction undermine the commitments just made in Taipei.

The White House has been clear that it wants to head off a crisis. But a preoccupation with resolve has been hard-wired into U.S. foreign policy-making since the Cold War. Backing down from a confrontation, the conventional wisdom goes, emboldens an adversary and invites further challenges. Yet as rivals match each other tit-for-tat, crises can escalate.

The logic of resolve is, at best, incomplete. Refusing to match a rival’s provocations need not signal weakness. It can also signal virtuous restraint. A distinct vein of thought attributes states’ international standing and prestige not to their never blinking during a crisis, but to their ability to maturely resist rash or reckless impulses – in a word, to their restraint. Like Gary Cooper in old Westerns, restrained states remain stoic and reserved in the face of a turbulent world. They project confidence and control.

The diplomacy of conspicuous restraint has a long history. Thucydides – the Greek historian who is today usually associated with a tragic vision of escalating superpower conflict –  approvingly recorded an early episode: In 427 BCE, the Athenian Assembly reversed its drastic punishment for a conquered rival and instead chose mercy, because “it shows greater strength to adopt a well-reasoned policy towards one’s opponents than to take aggressive action which combines force with folly.” More recently, former President Barack Obama distilled this same notion for U.S. foreign policy, arguing that “Part of our capacity to lead is linked to our capacity to show restraint.”

In my own research, I highlight three factors that shape when states will be rewarded by international audiences for their restraint – factors that can inform U.S. diplomacy in this crisis and those to come. First, states must exercise restraint from a position of strength. Otherwise, their less-strong-than-expected response to rivals’ provocations might be taken to betray incapacity or indecision. The United States is well-positioned in this regard. Beijing could not prevent Pelosi’s visit, nor can it primarily retaliate against the United States. Beijing will vent its anger against weaker targets. Highlighting this dynamic blunts the symbolism of China’s military exercises and missile tests, which are intended as a show of force but can instead be framed as a fit of frustration.

Second, restraint must be presented as principled rather than narrowly self-serving. The United States prompted Chinese outrage; it cannot be seen to let the consequences fall on allies – most proximately Taiwan but also Japan, which reports Chinese missiles have landed in its exclusive economic zone. There is, however, a clear case for reconciling U.S. restraint with responsibility to its allies: Washington can emphasize its determination to avoid an escalating conflict that would threaten regional stability, positioning itself as the champion of the stable status quo. Paradoxically, this message may require the White House to mount a more direct defense of Pelosi’s visit to Taipei (which officials reportedly opposed), amplifying the speaker’s principled rationale for the visit. And while Biden administration officials have emphasized that the visit did not compromise the One China policy, President Joe Biden himself could clearly state this without the ambiguity characterizing his past comments on the subject.

Third, effective displays of restraint are explicitly comparative. They take advantage of a rival’s destabilizing or bellicose actions to highlight the relative maturity of one’s own diplomacy. While nationalist messages have dominated the Chinese internet, some commentators recognize that China risks looking “insecure” and lacking in “strength and confidence” if it overreacts to a 19-hour visit to Taiwan by the U.S. speaker. While this viewpoint may not prevail behind the Great Firewall, it can certainly resonate elsewhere in the region among states that already look warily upon China’s growing power – from Seoul to Manila to Hanoi. The Biden administration should amplify this message, pointing to the disconnect between China’s disproportionate saber-rattling over the Pelosi visit and Beijing’s expressed commitment to “no conflict and no confrontation.”

Having signaled resolve through Pelosi’s visit, the United States can now signal restraint through how it handles China’s response. A conspicuously restrained response – one which presents the United States as the defender of regional stability, in contrast to China – can head off an escalating crisis in the short term. In the longer term, it can reinforce the United States’ position as a responsible power that deserves the confidence of its allies, both current and prospective.