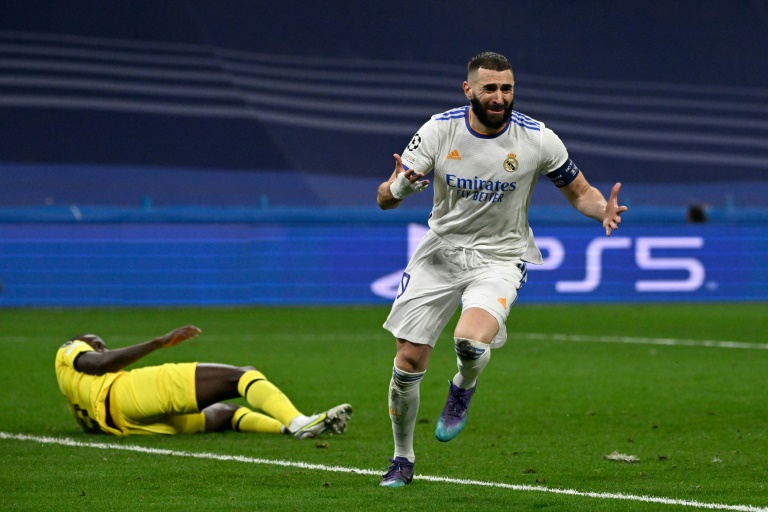 Real Madrid CF are proving time and time again that they are the comeback kings after launching another remarkable “remontada” against Sevilla on Sunday night. It also comes as no surprise that it was Karim Benzema who once again scored the stunning late winner in stoppage time.

Real Madrid found themselves 2-0 down at the half against Sevilla, but somehow managed to fight back to score three goals in the second half to win 2-3. The victory gives them another three points to add to their tally, and puts them 15 points clear of FC Barcelona, Sevilla and Atletico Madrid, who are all currently tied in second to fourth place with 60 points each.

Barcelona have two games in hand, but even if they win those, the Blaugrana will need Real Madrid to drop 9 points to draw level. For now, as the closing stages of the season draw nearer, it looks like Real Madrid are keeping a tighter grip on the trophy.

The man that has been at the centre of the club’s success this season has no doubt been Karim Benzema. He has scored 39 goals in all competitions so far, and many of those have been decisive in securing late victories.

The same was true in the come-from-behind victory against Sevilla on Sunday. The Andalusian side managed to open up a 2-goal advantage in the first half thanks to a free kick by Ivan Rakitic and a close-range shot from Erik Lamela.

However, Real Madrid are masters of fighting back from the dead. Rodrygo Goes pulled one back early in the restart, and Nacho Fernandez came off the bench to score an equaliser in the 82nd minute. A draw might have been enough for some teams, but Los Blancos are a different breed. Benzema managed to squeeze in a third goal in stoppage time to secure all three points.

With only six games remaining, Real Madrid are in the driver’s seat to win La Liga Santander this season.

Meanwhile, they are also still fighting for the UEFA Champions League trophy, where Benzema has been even more impressive. After scoring a hat-trick to eliminate PSG from the last-16 last month, he followed up that performance with four goals against Chelsea over two legs of the quarter-finals. On both occasions, Benzema scored the winner after the club appeared to have been on the way to elimination.